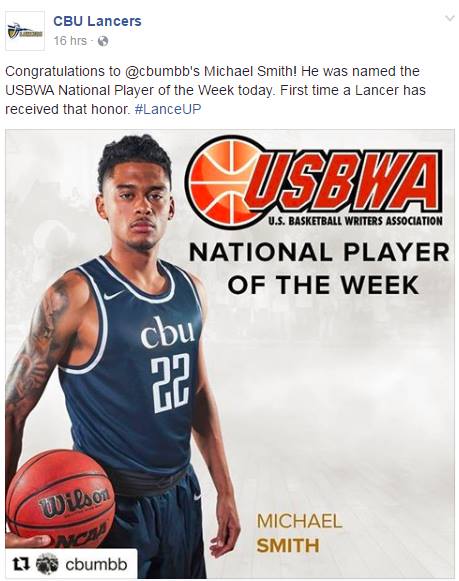 Join us in congratulating El Camino High School Alumni Michael Smith as he was chosen as the United States Basketball Writers Association as the National Player of the Week, Division II. This is the first time anyone from his school has received this national recognition. Smith had an outstanding sports career through out high school and continues to excel as he moves forward. This past March Smith was named the Most Valuable Player in the PacWest Conference among many other awards.