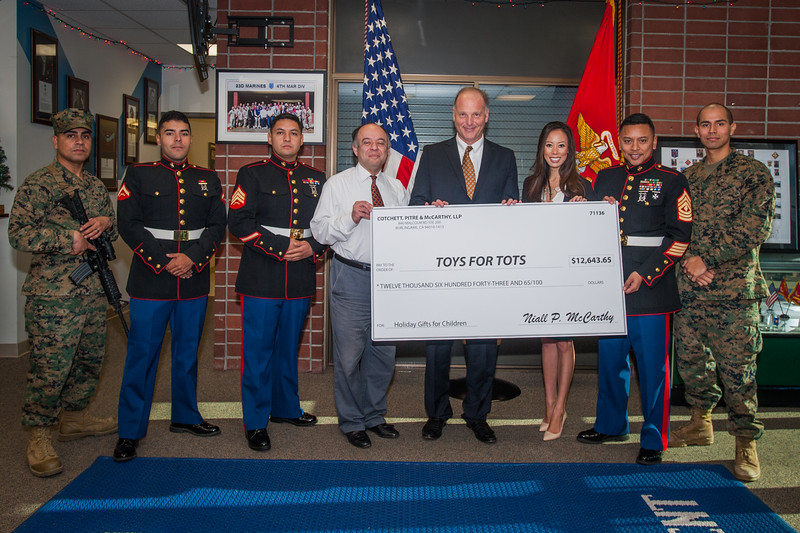 Today, John Kevranian of Nuts For Candy & Toys (“Nuts for Candy”) in Burlingame and Cotchett, Pitre, and McCarthy, LLP (“CPM”) presented checks totaling $25,287.30 to the Marine Toys for Tots Foundation and the Central County Fire Department (CCFD) Toy Drive – just in time for the organizations to purchase Christmas gifts for children this holiday season. United States District Judge Richard Seeborg of the Northern District of California granted the law firm’s motion on Wednesday to have residual settlement funds from the In re: Webkinz Antitrust Litigation case distributed to the two local charities.

In re: Webkinz Antitrust Litigation, spearheaded by CPM partner Steven N. Williams, was a class action lawsuit brought on behalf of injured consumers such as plaintiff Nuts for Candy. After distribution of class action proceeds to members of the class, $12,643.65 in residual funds remained – as did the question of where these funds should most appropriately be allocated. The legal doctrine of cy pres allows residual settlement funds to be dispersed to charitable trusts that are closely related to the original intention of the settlement, opening the door for Nuts for Candy and CPM to seek the court’s approval of naming Toys for Tots and the CCFD Toy Drive as beneficiaries.

The primary goal of Toys for Tots is to deliver – through a new toy at Christmastime – a message of hope to less fortunate youngsters that will assist them in becoming responsible, productive, and patriotic citizens. Toys for Tots maintains a nationwide presence, though the donated money will provide gifts for children in the counties of San Francisco, San Mateo, and Marin. Similarly, the CCFD Toy Drive seeks each year to make a difference in the community by sharing a special gift with a child in San Mateo County.
Upon receiving the Court’s approval, Williams decided to match the entire $12,643.65 in order to provide double the amount of gifts this Christmas Day: “It’s our pleasure to match the cy pres funds approved by the Court this week, and it’s our hope that by doing so, twice as many deserving children will receive a present on Christmas.” Added Kevranian: “Both Toys for Tots and the Central County Fire Department serve a very special part of our local communities – its kids – and we are more than honored to support their cause, particularly during this time of the year.” 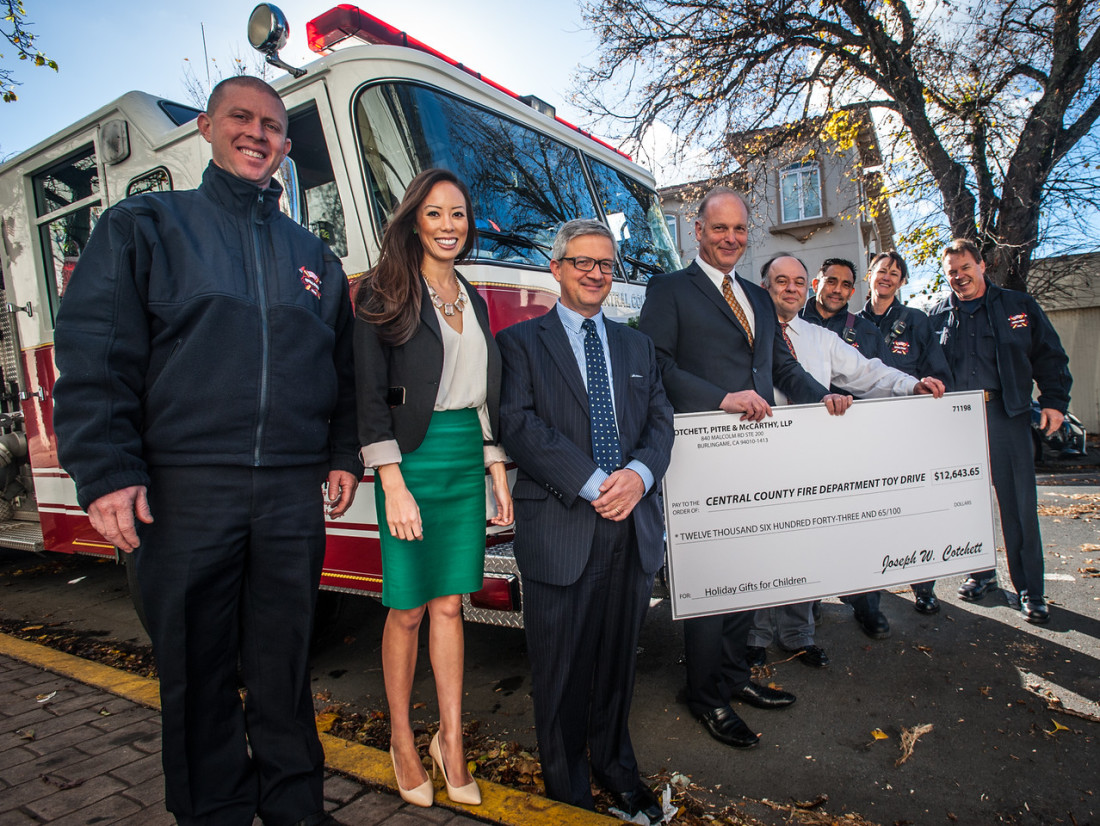 John Kevranian is from South San Francisco and is the proud business owner of Nuts for Candy 1241 Broadway Avenue and currently serves as the President of the Broadway Burlingame Improvement District among other community leadership positions. This past May, John and his wife Nora were presented with Small Business of the Year Award at the State Capital by Speaker Pro Tempore Kevin Mullin in District #22, among other awards through the years. The Kevranians are also very active in the Armenian community.