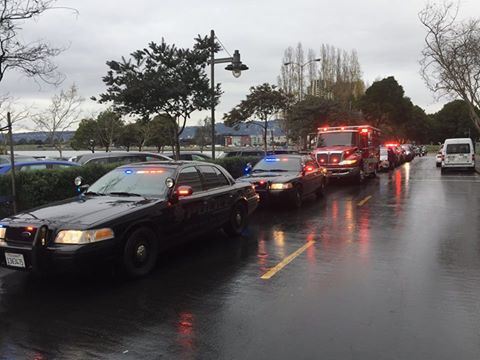 Today marked a positive milestone in Officer Robby Chon’s recovery from injuries sustained when he was brutally attacked while attempting to apprehend a suspect on Thanksgiving Day.

Robby has been making excellent progress under the care of the wonderful medical staff at S.F. General Hospital, and today he was discharged from the hospital. He will be continuing his long fight to recovery at a local rehabilitation center, no doubt motivated by the thoughts, prayers and outpouring of support from the community.

Pictured is Robby’s motorcade as his brothers and sisters from the California Highway Patrol and the S.S.F. Police and Fire Departments escorted him from S.F. General Hospital to his new rehabilitation center.