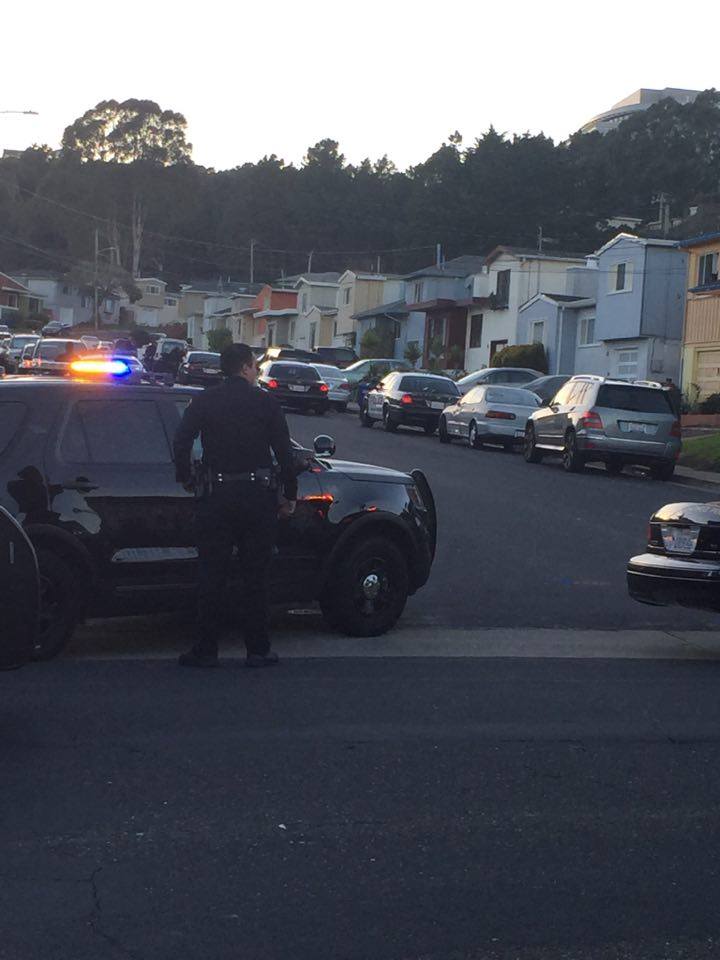 SSFPD cordoned off the area in question while they investigated the report
Photo: Pat Murray

On December 28th South San Francisco neighbors took to our Facebook page inquiring about police activity in the West Winston Manor neighborhood. Dave Marroquin‎ asked ‘Anybody know what’s going on on Buxton in WWM? Police blocking both ends of the street.’ Neighbor Jim Chazer also was concerned ‘Lots of police activity on Longford around 4 or 5pm. Anyone got the 411?’

Sergeant Ken Chetcuti explained “There was a report of a subject that was possibly armed and making threats towards the police.” he told us “It ultimately resolved peacefully and the person in question was contacted and there were no weapons located.”

South San Francisco Fire Department was also staged near by should circumstances result in needing them, however things ended peacefully. “Some residents were contacted and asked to remain inside their homes until police were able to resolve the issue which took approximately 45 minutes.” Chetcuti said. 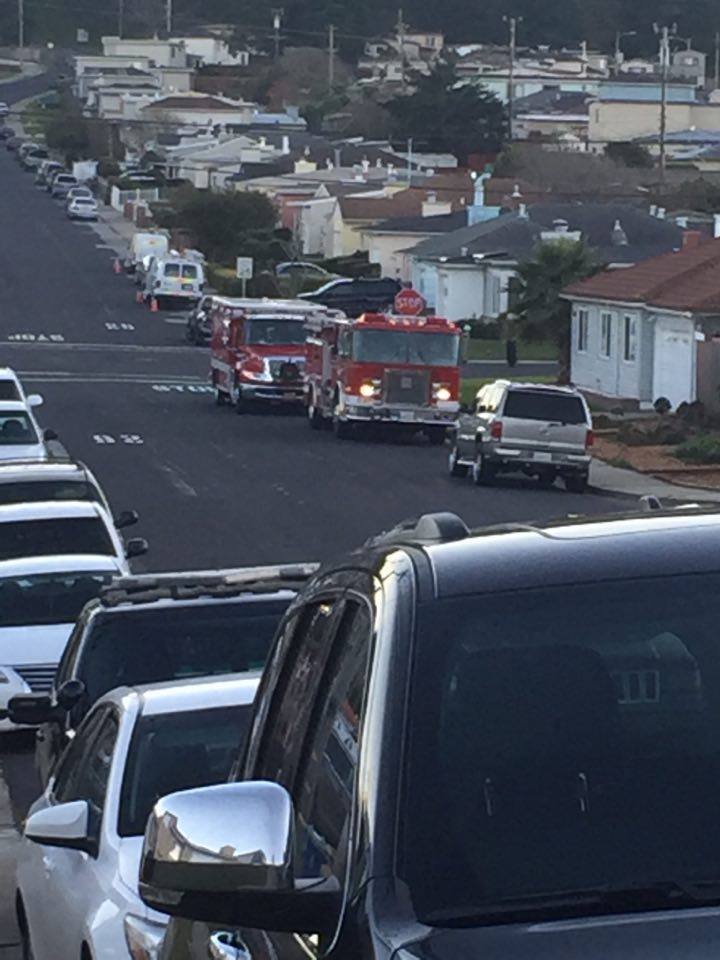 SSF Fire were staged nearby should there be a need
Photo: Pat Murray 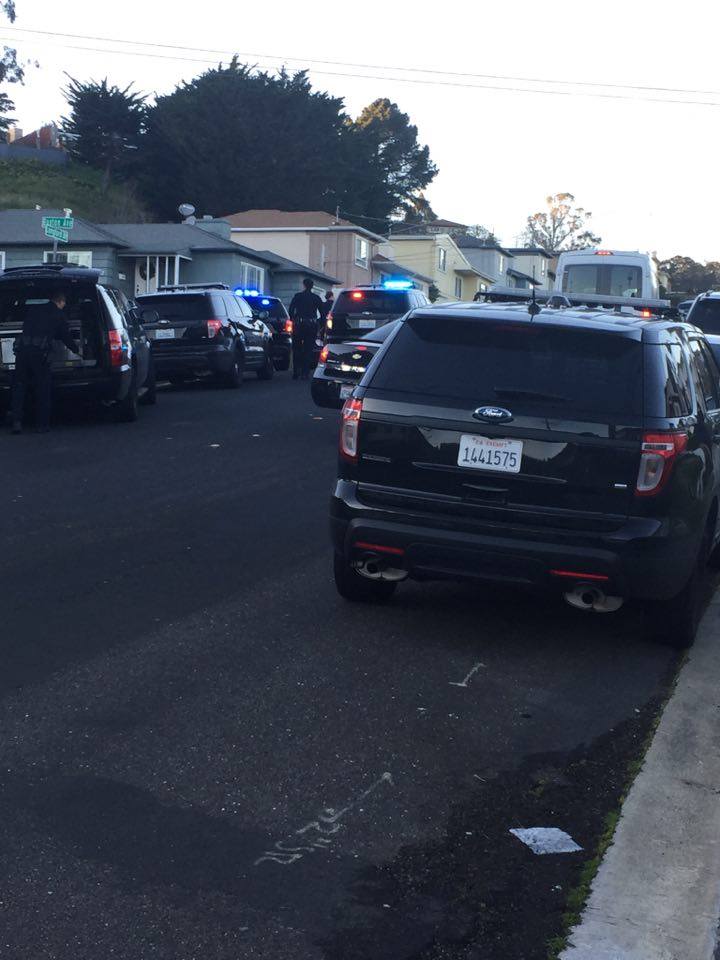