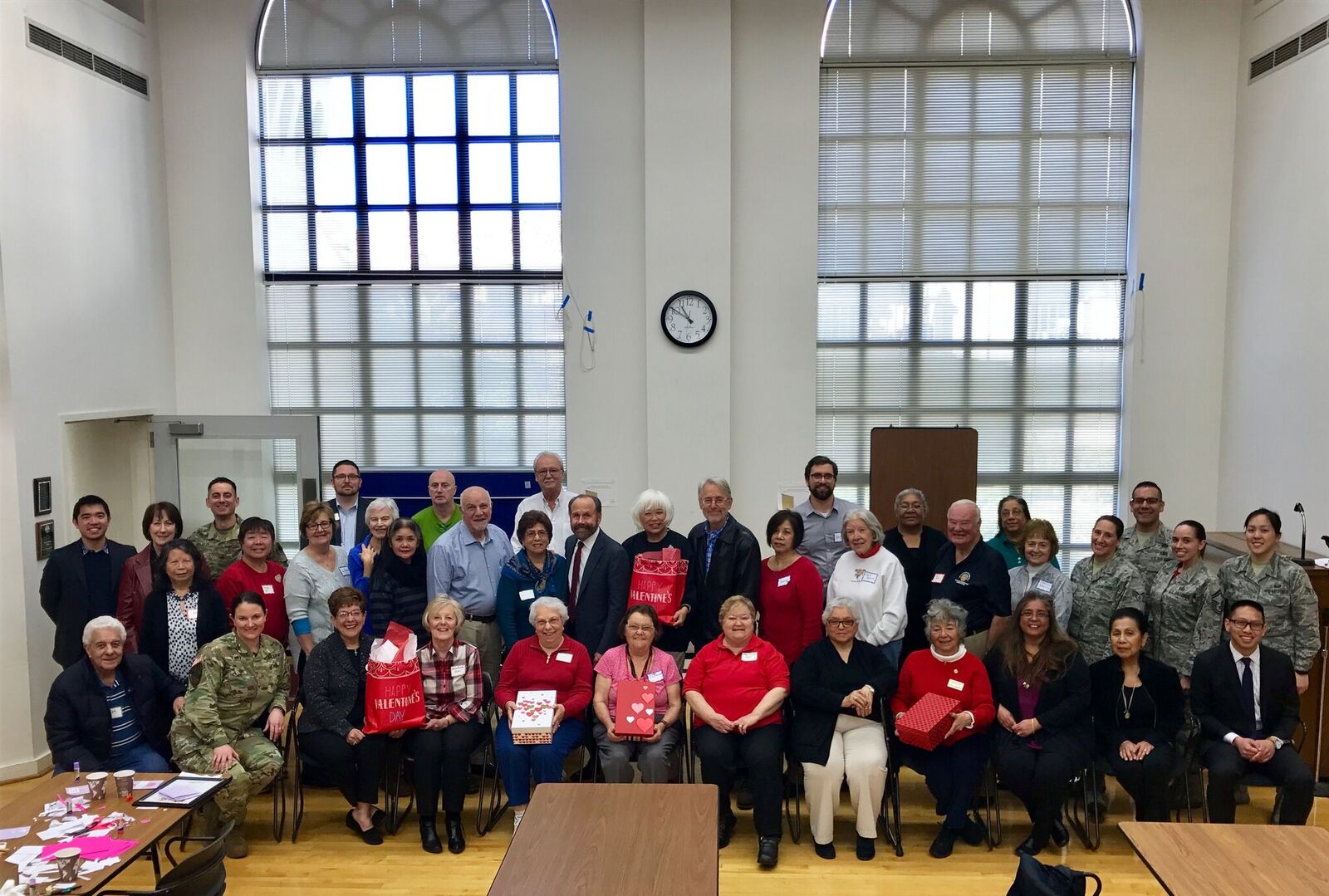 The Magnolia Center seniors have become known for their festive valentines expressing thanks and encouragement to the California National Guard, said Major Shannon Terry of the California Military Department in Sacramento and Lieutenant Jorge Barriere of the 129th Rescue Wing in Mountain View.

“It’s so meaningful when we receive handmade, handwritten mail,” Major Terry told South San Francisco seniors at the Magnolia Center on a recent Friday as they finished their stacks of valentines. Deployed in Iraq in 2006, she received a letter from a little girl and recalled the moving experience. “I didn’t know her, she didn’t know me, I may never meet her, but I’ll remember her letter,” said Major Terry, adding that the memory has inspired her to join the Magnolia Center seniors for their annual project whenever she can.

Senator Hill thanked the members of the California National Guard for their service as well as the South City seniors, who try to top their valentine output each year. “Thanks to the Magnolia Center’s Operation Valentine, South San Francisco and its Magnolia seniors are known as the city with the heart, the city that supports our California National Guard,” Senator Hill said. “No matter where they might be deployed, Guardsmen and women from California get a valentine from the Magnolia Center seniors, who send their love and thanks to the California troops.”

The valentines project began in 2009 while Senator Hill was a member of the state Assembly. He served as staff sergeant in the California Army National Guard from 1966 to 1972. 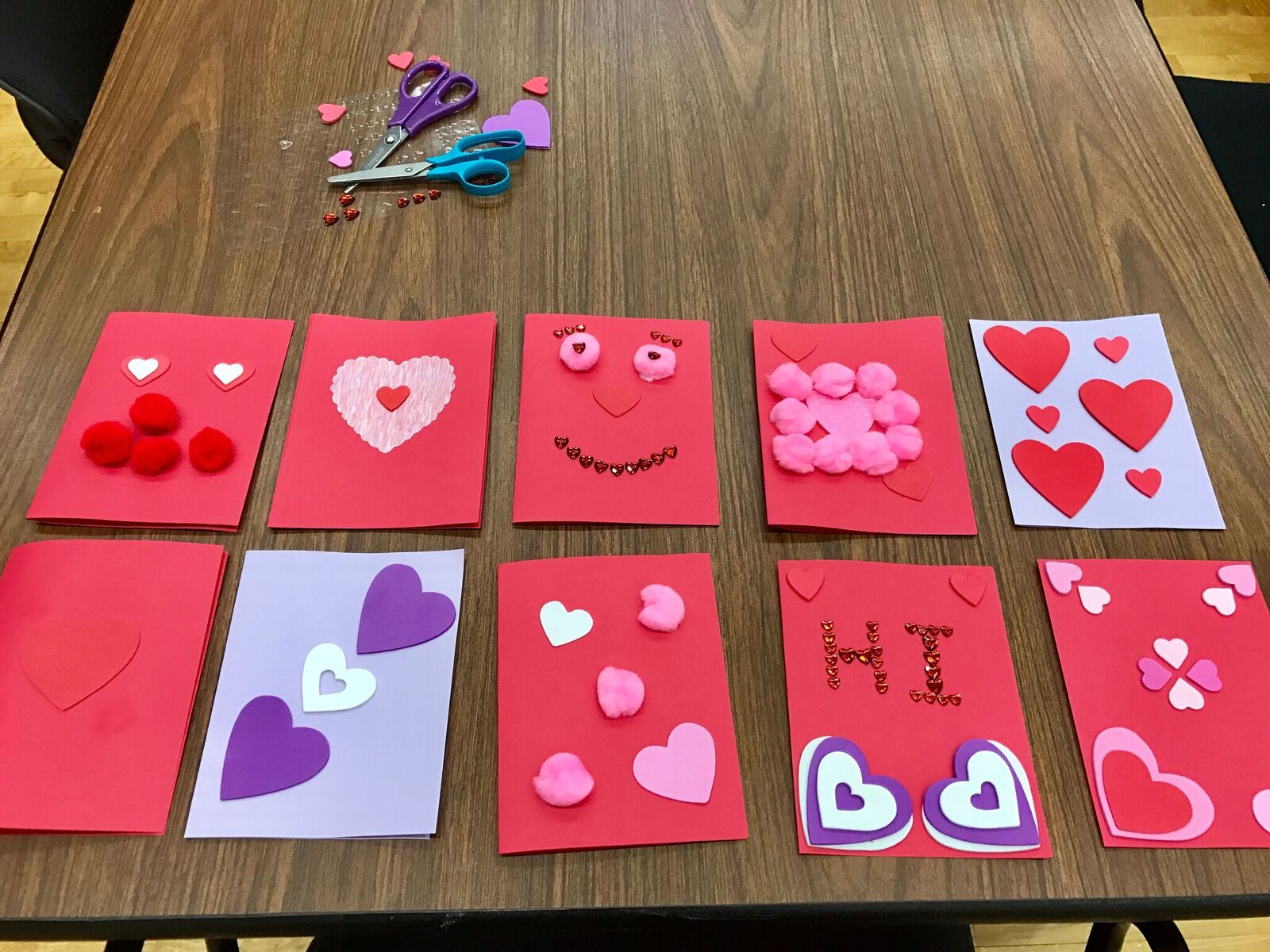 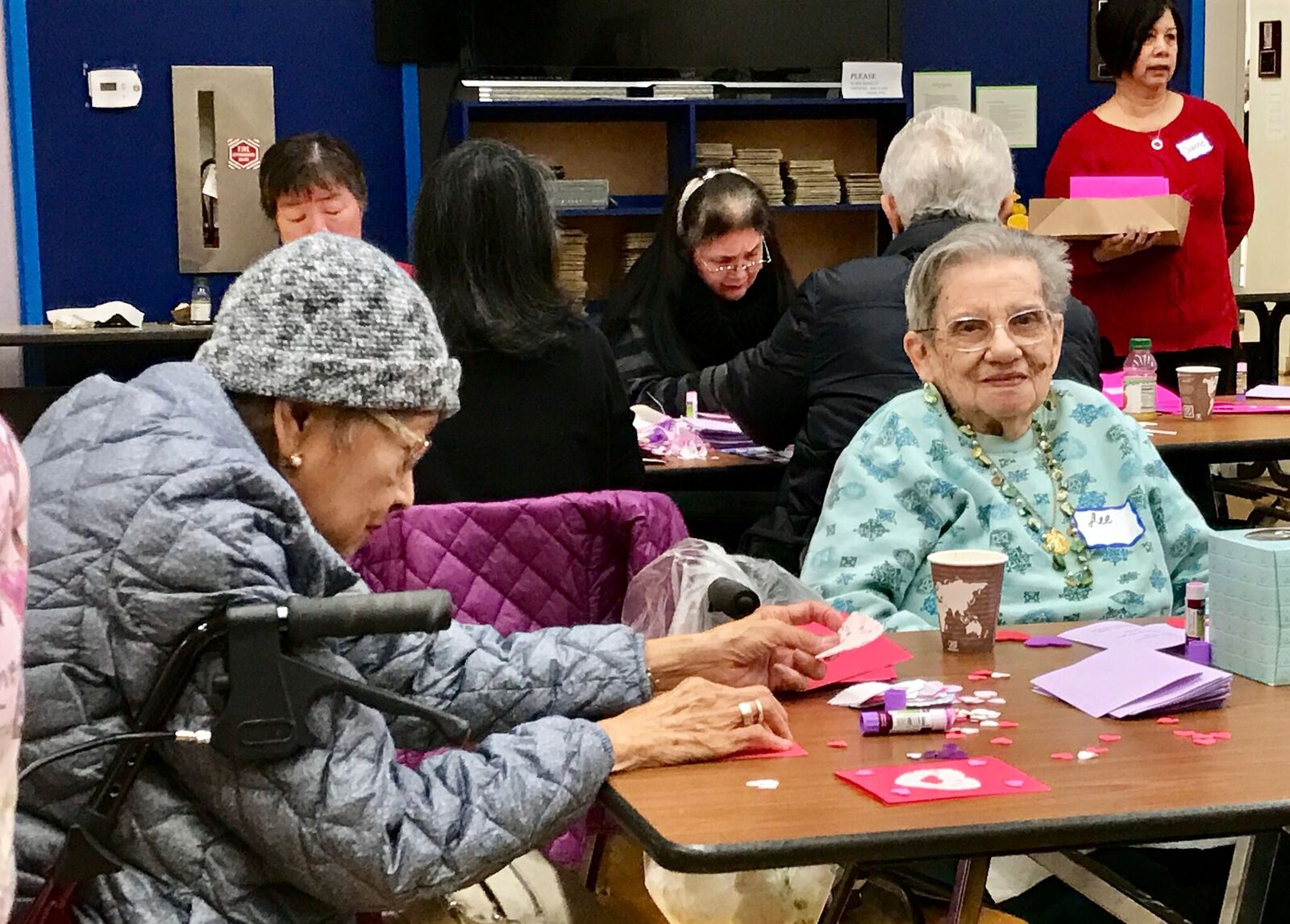