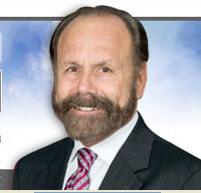 SACRAMENTO – Senator Jerry Hill issued the following statement today about the California Department of Motor Vehicle’s proposed regulations for operation of fully autonomous vehicles:
“The DMV’s proposed regulations for driverless vehicles send a strong signal that California is serious about encouraging the development, testing and deployment of safe autonomous vehicles,” said Senator Hill, D-San Mateo and Santa Clara Counties. “California is bursting with innovative companies that are working to develop this technology, which has the potential to make transportation more efficient and our roadways safer while reducing traffic fatalities.”

“The completion of the regulations is important so our state can maintain its leading edge in this competitive field,” Hill added. “I will continue to work with Transportation Secretary Brian Kelly, the DMV and other key stakeholders to ensure that California remains a leader in autonomous vehicle technology.”

The DMV’s proposed regulations, released today, start the official rulemaking process. The DMV released a draft in September 2016 to solicit feedback from stakeholders. The regulations that were published today are open for comment for 45 days, culminating in a public hearing on April 25, 2017, that will be conducted by the DMV. Afterward, the DMV will consider the comments it has received. If, based on the comments, the DMV makes major changes to the regulations, a new 45-day comment period will begin. If no major changes are made, the final text of the regulations will be published. It is expected that this process will be completed by the end of 2017.

To help foster autonomous vehicle technology in California, Senator Hill authored Senate Bill 145 (see below). Introduced in January, SB 145 eliminates an unnecessary statutory requirement that the DMV notify the Legislature every time there is an application for operation of an autonomous vehicle without the presence of a driver. It will also eliminate the requirement that such applications wait 180 days before being approved.

An act to amend Section 38750 of the Vehicle Code, relating to autonomous vehicles, and declaring the urgency thereof, to take effect immediately.
LEGISLATIVE COUNSEL’S DIGEST