A sustainable environment in which everyone can enjoy fresh air, clean water, and places to explore nature is key to a happy and healthy life. With that in mind, Kaiser Permanente is proud to be sponsoring the 7th San Francisco Green Film Festival (Green Film Fest) for the fifth consecutive year in a row.

“When we first learned that San Francisco has its own environmentally focused film festival,” said Randy Wittorp, public affairs director, GSF Area, “we got really excited about supporting its focus on organic food, alternative energy, and sustainable transportation, issues that are very important to Kaiser Permanente.”

“Kaiser Permanente has been an essential partner for us since we were in our early years,” said Rachel Caplan, founder and CEO, Green Film Fest. “Without the organization’s support, we wouldn’t be where we are today – holding our opening night at the Castro Theater and hosting a panel of films addressing the connection between sustainability, nutrition, and the community.”

For the second year in a row, Kaiser Permanente is the Opening Night Sponsor of the festival and is also being acknowledged as the Premier Sponsor for the week-long event. The Green Film Fest provides an excellent opportunity for Kaiser Permanente to be highlighted as a green organization, from constructing LEED-certified buildings, to supporting community gardens and tree plantings, to maintaining a commitment to significantly reducing its carbon footprint.

“We’re very proud that Kaiser Permanente is a national leader when it comes to environmental protection,” said Wittorp. “The Green Film Fest is a fun, visual, community-focused way for the organization to tell its story and show its commitment.”

The Green Film Fest is just one of many Kaiser Permanente’s San Francisco greening efforts, some of which include support for Friends of the Urban Forest (FUF) tree plantings and an urban orchard managed by FUF at its Geary Campus; and volunteer gardening days at over 30 partner community gardens, located everywhere from the Sunset District to the Tenderloin to the Bayview.

For more than 10 years, Kaiser Permanente has joined forces with the SF Rec and Parks Department, supporting seasonal events, local recreation centers, and holding its annual Kaiser Permanente San Francisco Half Marathon and 5k Run/Walk in Golden Gate Park. Most recently, the organization has begun a robust partnership with the SF Botanical Garden, supporting the summertime series, “Bean Sprouts Family Days,” and the very popular “Flower Piano” events, where both formal concerts and impromptu playing is encouraged at pianos placed throughout the Botanical Garden.

Sustainable modes of transportation are also part of Kaiser Permanente’s green efforts, made clear by its sponsorships of Walk SF and the SF Bicycle Coalition, both of which seek to transform San Francisco into a safer place for people to walk and bike to work, home, or school.

At the heart of this robust “Green Initiative” in San Francisco is the Green Film Fest, which is sure to inspire and transform with its inspiring 2017 lineup. 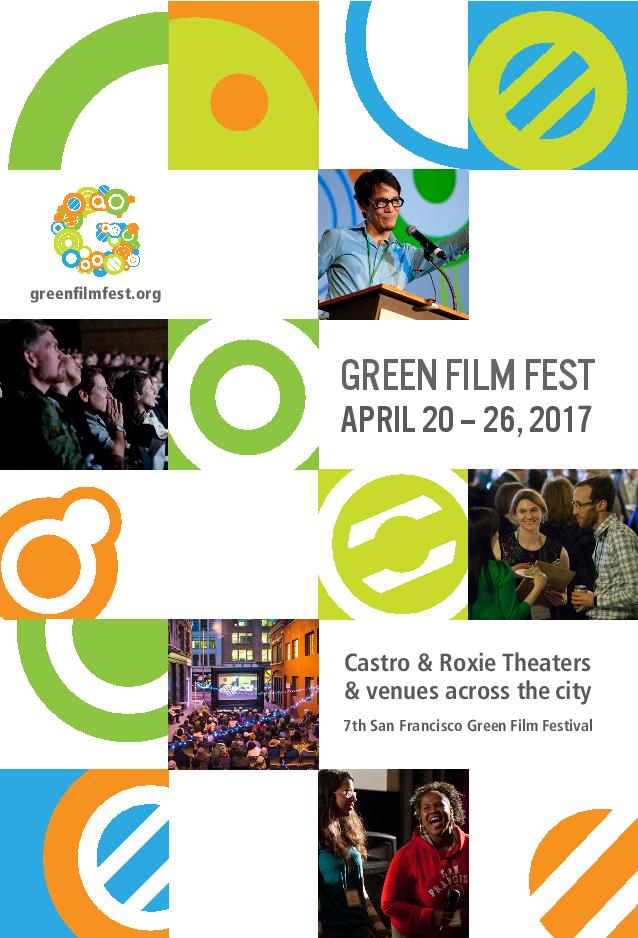