Celebrate National Historic Preservation Month with an Open House and Reception at the Historical Society’s Plymire-Schwarz House, 519 Grand Avenue, on Saturday, May 20, 2017, from 11 a.m. to 2:00 p.m.  This event, sponsored by both the Historical Society of South San Francisco and the City of South San Francisco, will celebrate our history and feature house tours, South San Francisco memories, community photos and interviews, along with a reception in the lovely  Plymire-Schwarz House garden. Welcome program and reception at 12:15 p.m.. House tours at 11:15 a.m., 11:45 a.m., 1:00 p.m., and 1:30 p.m.

This 1905 Colonial Revival originally sat at the northwest corner of Grand and Spruce Avenues. It was built by Dr. Harry (aka Henry) Garriston Plymire, one of the City’s first physicians as well as the area’s coroner. It became the first hospital located between San Francisco and San Mateo. This was a big deal back in 1905 and they boasted: “sparing residents of San Bruno, Daly City and Colma the cost and inconvenience of having to go to San Francisco or San Mateo for treatment.” The practice lasted until 1915 when Dr. Harry succumbed to pneumonia at the age of 38. His practice and house were sold to Dr. Frank Dolley who moved the structure to its current location so the new “South San Francisco General Hospital” could be built in its place. Come and learn more about our area’s first local hospital. 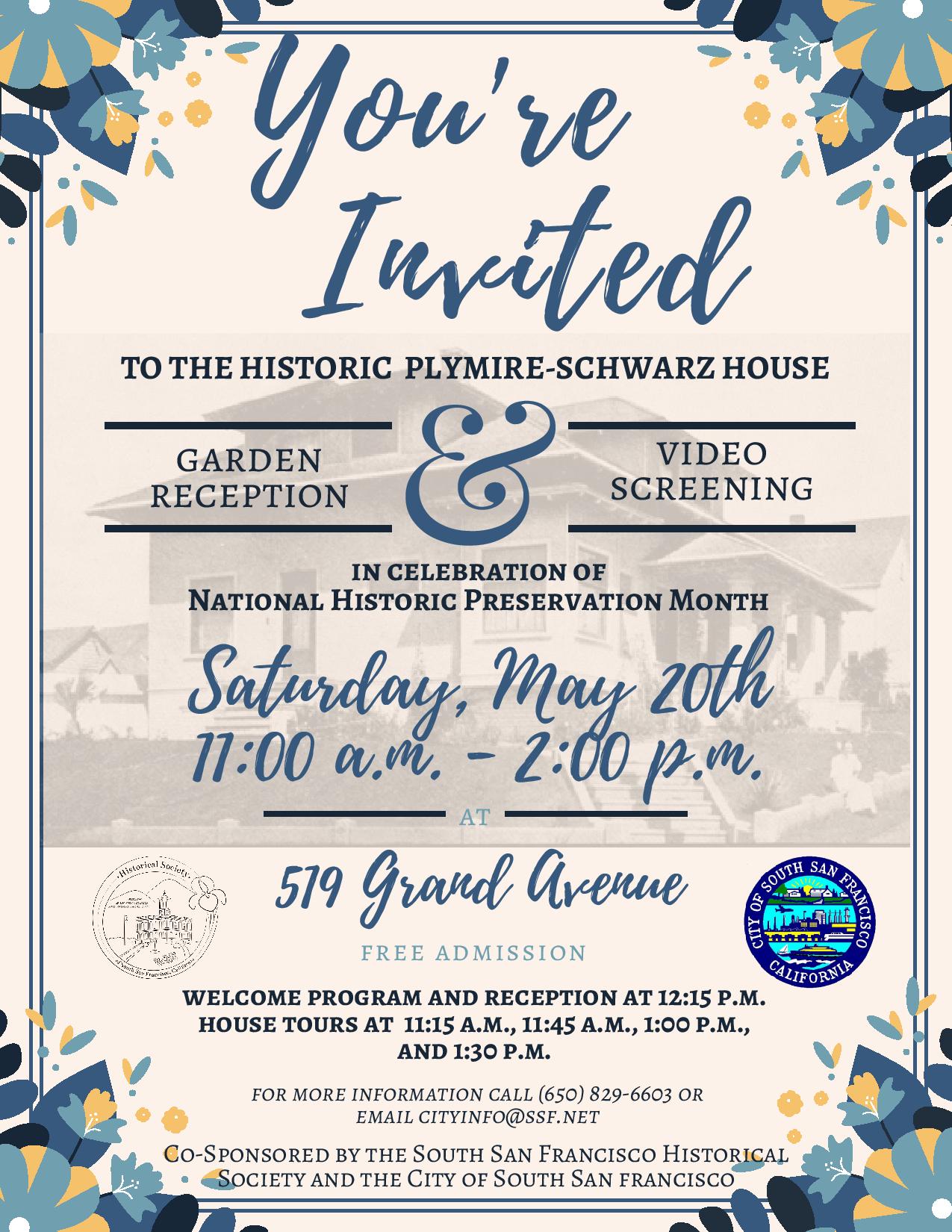