Preface: The San Bruno Lions Club has published the following on the upcoming June 4th events 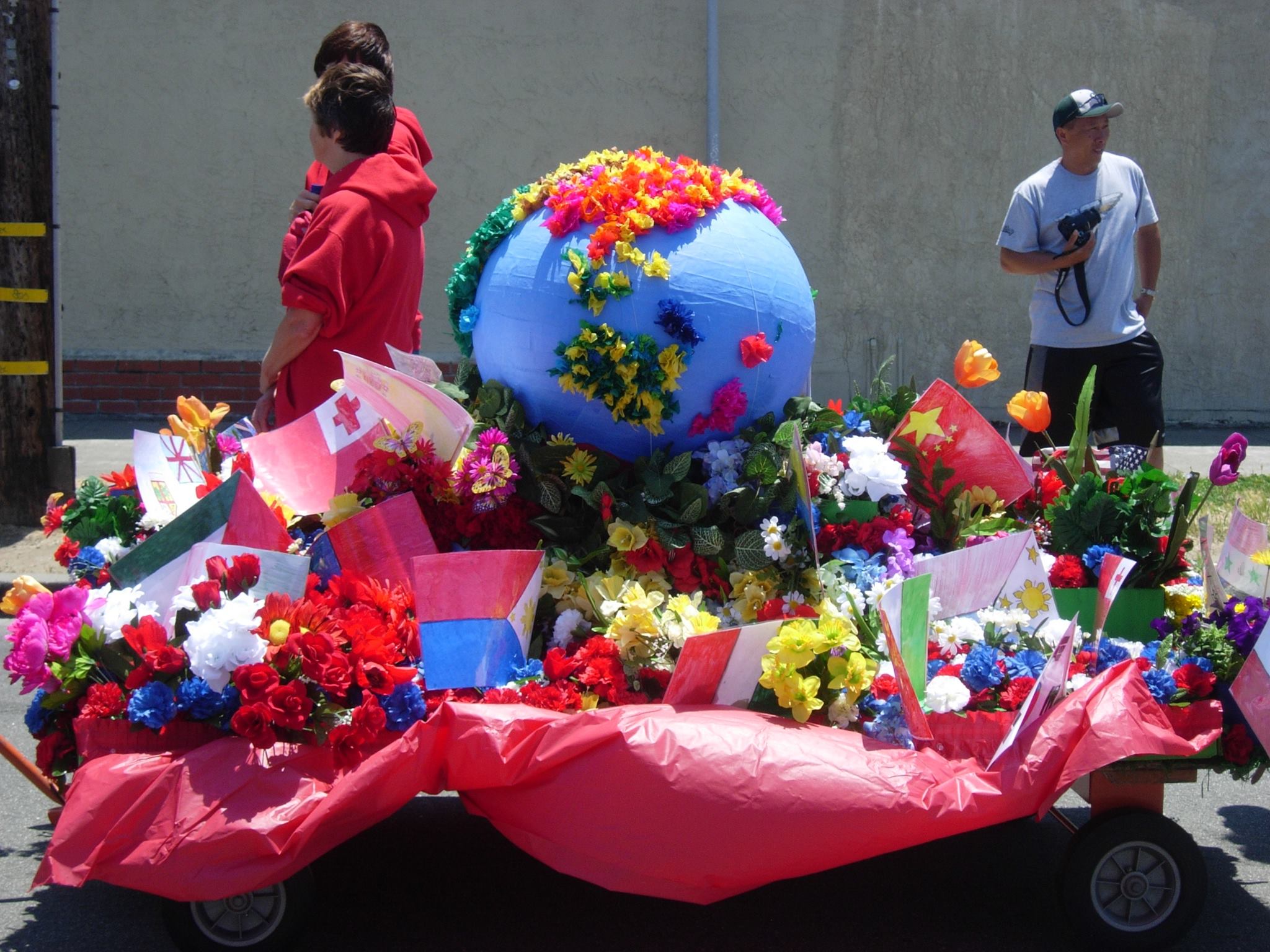 The San Bruno Lions Club Along with City of San Bruno Presents for the Second Time The Combined Posy Parade and Community Day in the Park Sunday June 4, 2017

Theme: “Under the Sea”
The year is 1941 and within the City of San Bruno the city leaders, along with city officials, are organizing a Parade. Not just a Parade for this year but, a Parade that has taken place for 77 consecutive years.
The posy parade is dedicated to the children of San Bruno and holds the record for the longest running, commemorative; none motorized children’s parade in the Gunnies book of records.
At 11:00 am (for the first time) on Sunday June 4th the quiet city of San Bruno will explode with the screaming of San Bruno’s Fire Department Hook and Ladder along with the San Bruno’s Police Department Motor-Cycles Sirens’.
As the Parade starts to move south on San Mateo Avenue the first group you will see is our Color Guard, followed by the Capuchino Mustang Marching High school Band.
Just behind the band will be the San Bruno Lions Club Float, which carries, this Year’s Posy Parade Princess and her Court. The float is pulled by Children representing the San Bruno Lions Peewee Baseball Team.
Generally speaking, there are several hundred children taking part in this great American tradition, as well as, several thousands of spectators lining our streets from San Mateo Avenue, across El Camino Real and up Crystal Springs Road to our City Park.
There are 8 distinctive marching divisions filled with children and their decorated Carriages, Small floats, Wagons, Animals’ and much, much, more.
At the Park every child that takes part in the Parade is given a bottle of water, Chips and a Hot Dog, courtesy of the San Bruno Lions Club.
This combined event will provide something for everyone. As the parade reaches the City Park you will experience Game, Rides, Food and Beverages and Music Provided by Local Organizations and Venders.
Not to mention the Awarding of the Parades Senior and Junior Float trophies at the Bandstand.
What a great way to spend a day with your family in town enjoying the festivities.