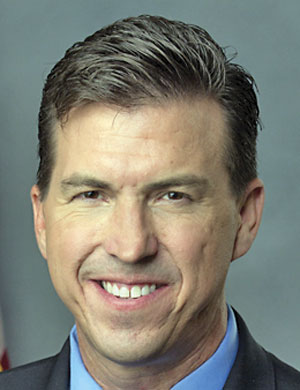 When I co-hosted our annual Open House with state Sen. Jerry Hill, D-San Mateo, I was pleased to see the large number of constituents who took time to attend. While this event has always had a strong turnout, this year there was something different. The passion, urgency and anxiety people conveyed in their questions and comments was distinctive from years past. As I reflected on the mood and tone of the evening, I found myself deeply appreciating the thoughtfulness and conviction of those who commented.

San Mateo County is one of the most diverse and prosperous regions in California. We have some of the most creative minds on the planet and companies that are the epitome of the innovation economy. We also have people living in poverty, a significant housing crisis, increasing traffic congestion and transportation infrastructure needs that well outpace available funding.

These and other topics weighing heavily on our constituents’ minds included: Caltrain electrification, the future of health care, the fate of Planned Parenthood, climate change policies and immigration/deportation issues. It was clear that as questions were asked and answered, people found themselves in an unfamiliar place, trying to come to grips with unpredictable actions out of Washington, D.C.

A prime example of that unpredictability was the decision at the federal level to withhold expected grant funding for the electrification of Caltrain. I authored Assembly Bill 1889 last year, ensuring that the Caltrain electrification project would receive a previously authorized nearly $700 million in Proposition 1A funds. However, these funds were contingent upon a matching grant from the federal government. I am closely monitoring and advocating for the federal government to allocate the necessary funding for the project, and will continue to challenge political gamesmanship that disregards the common good.

Fortunately, there is a positive environment within California’s democratic institutions and a relatively civil and cooperative relationship between Republicans and Democrats. As a result, progress is attainable on many issues as we recently experienced with the recent passage of Senate Bill 1. This comprehensive transportation package provides much needed investments in roads throughout California and doubles the current investment in public transit. The funding in this bill will help relieve congestion in the Bay Area and will allow for road repairs in every California community.

We also hope to exercise the spirit of bipartisanship as we address the issue of affordable housing. We have several bills that have been introduced to address this critical issue and as speaker pro tem I pledge to continue working across the aisle with our Republican colleagues to help pass the necessary legislation to improve the quality of life for all Californians, now and for future generations.

I also believe that California has been left out of the conversation and relegated to ATM status when it comes to choosing presidential candidates. As the sixth largest economy in the world, Californians should have a stronger voice early in the primary process and candidates should be coming to California to discuss where they stand on the issues important to our citizens. In 2016, the nomination battle in both parties was largely decided well before Californians had the opportunity to cast their votes. I have introduced Assembly Bill 84 which would move the California presidential primary earlier in the cycle, more closely aligned with “Super Tuesday,” in an effort to give our voters relevance and increase the likelihood that California shapes the national debate. This can be especially true given the statewide trend of early voting and voting by mail, where San Mateo County is leading the way.

I want to encourage people to be involved, be informed and to contact your elected officials at every level with questions and concerns you might have. As an elected official, I learned early on that governing is choosing — weighing options and alternatives that will serve the greater good — and deciding what is best for our entire community. Democracy isn’t easy — it tests us all every day when we realize that we have every right to our opinion and our neighbor has every right to a totally opposing view. The key is finding a way to make it work, knowing that in the end we all want to be proud of our communities, our state and our country.