Caltrain will host a public meeting on Thursday, June 22, at 6:30 p.m., to discuss plans to remodel the South San Francisco Caltrain Station. The new design for the station calls for a 700-foot center board platform, and features amenities, such as a shuttle pick-up/drop-off area along Poletti Drive and a pedestrian underpass below the tracks. This will allow multiple trains to occupy the station concurrently and will improve connectivity between Grand Avenue and Poletti Drive, as well as make the station fully compliant with the Americans with Disabilities Act.

Construction is expected to begin by fall of this year and conclude in the summer of 2019. The project budget is currently estimated at $59 million. During construction, the station will remain in operation. This is the first redesign of the station since it was acquired by Caltrain in 1997.

About Caltrain: Owned and operated by the Peninsula Corridor Joint Powers Board, Caltrain provides commuter rail service from San Francisco to San Jose, with limited commute service to Gilroy. Caltrain enjoyed five years of consecutive monthly ridership increases, surpassing more than 60,000 average weekday riders. While the Joint Powers Board assumed operating responsibilities for the service in 1992, the railroad celebrated 150 years of continuous passenger service in 2014. Planning for the next 150 years of Peninsula rail service, Caltrain is on pace to electrify the system, reduce diesel emissions by 97 percent by 2040 and add more service to more stations. 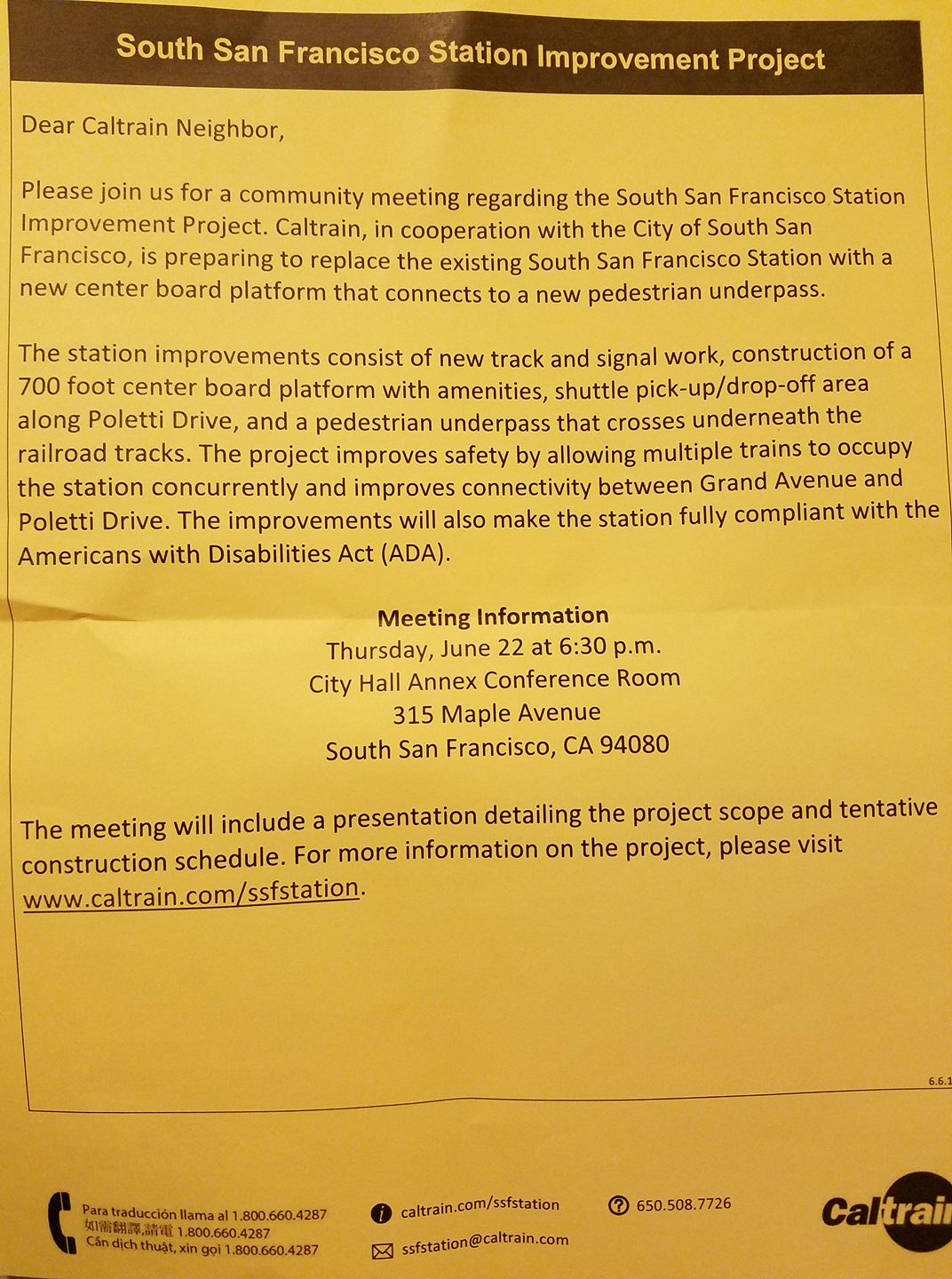