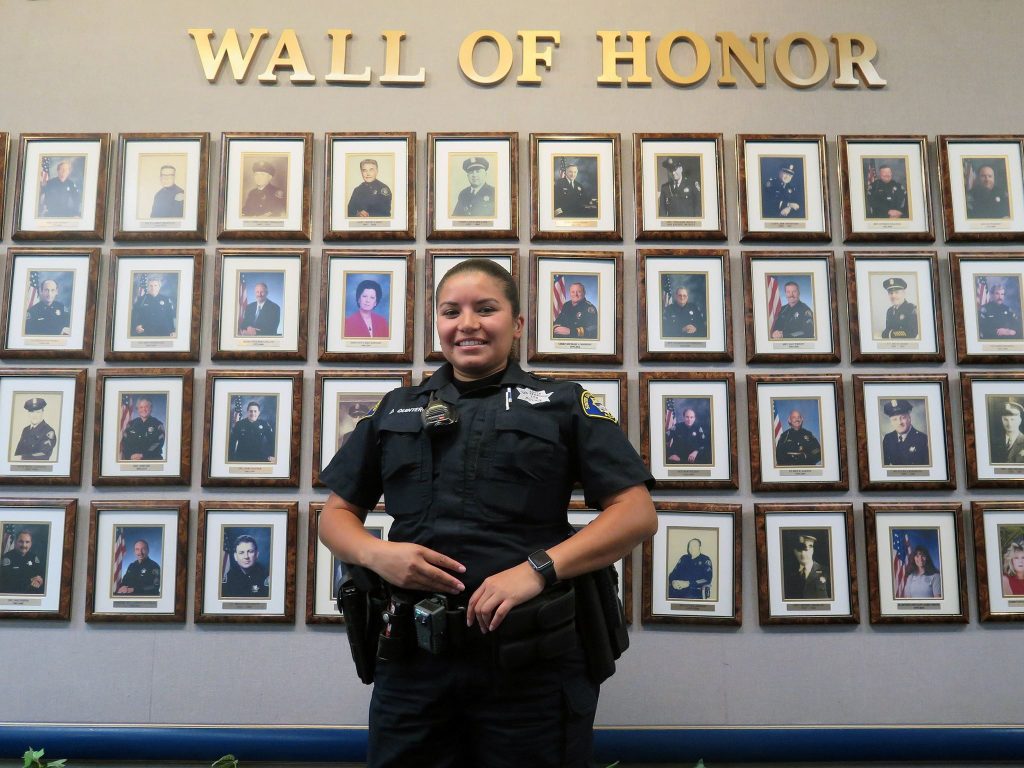 Officer Quintero’s goal is to bridge the gap between the Hispanic community and her Law Enforcement Family. Making a difference in the community she grew up in is the most fulfilling part of her job. In Officer Quintero’s free time, she enjoys spending time with her family, her dogs, and crafting!