UPDATE THURSDAY JUNE 8TH 3:30pm: Dan Moss states Richard’s debit card was used at the Pacifica McDonalds early Thursday May 25th and cameras show his car traveled south through the Montara Mountain Tunnel at Devil’s Slide at 7:12 am on Thursday May 25th **EDIT**

HELP!! Our Montara, California neighbor has been missing since May 25th!! People don’t just disappear – someone must know something, even if they think it is inconsequential. Please share share share, keep a look out and share some more!!
RICHARD MOSS is a 22 yo white male, 5ft 11in, 150lbs, dark brown hair, hazel/green eyes, driving a 2001 Blue Hyundai Tiburon Lic # 5DWY652 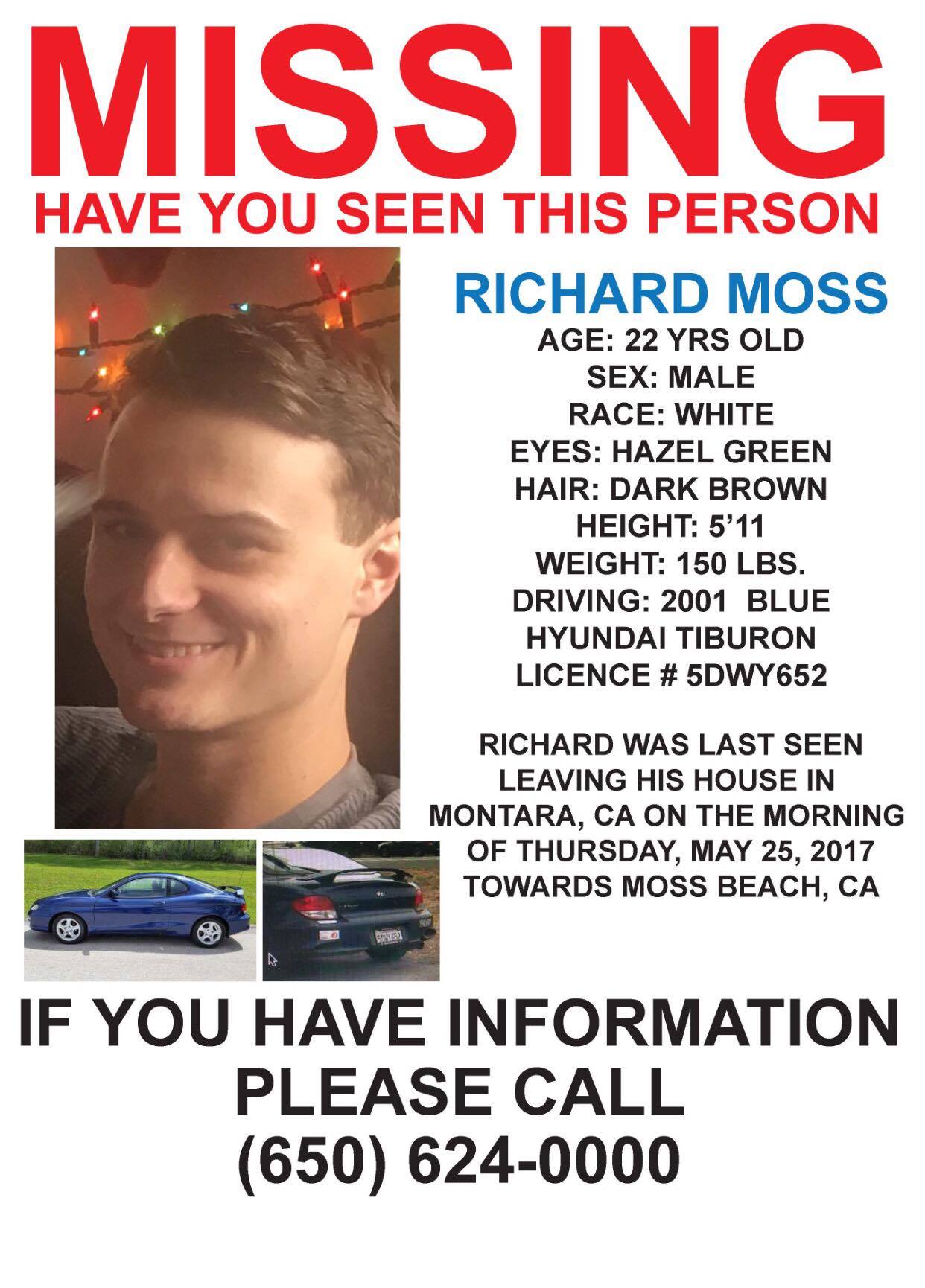 There is a go fund me page:
https://www.gofundme.com/find-richard-moss

Timeline per Richard’s father:
*On Tuesday, May 23rd Richard Moss was working in Montara
* His last voice call from his cell phone was Tuesday at 12:01 pm from his cell phone to a sandwich shop in Montara, close to where he was working.
*His co worker stated that Richard had a normal demeanor all day and later, his friend that skateboarded with him stated the same thing about Richard’s demeanor.
*Richard called in sick to work on Wednesday, May 24th.
* His last text from his phone was to his boss, Jose at about 12:00 pm Wednesday May 24th.
*He called his boss, Jose at 8:00 pm Wednesday, from the landline at his mother’s house to let him know that he would be at work the next day at 7:30 am.
* According to Richard’s mother, Julie Elden he was asleep when she left at 6:15 am Thursday, May 25th.
* Richard could have gone to Starbuck’s in Pacifica to get a drink and then drive to Moss Beach to report to work, which would have been a normal activity for him.
* Richard Moss did not report to work so his boss drove to his Mother’s house to see if Richard was there and discovered no car so the crew went to the job site without Richard Moss
* Richard Moss has not been seen since then