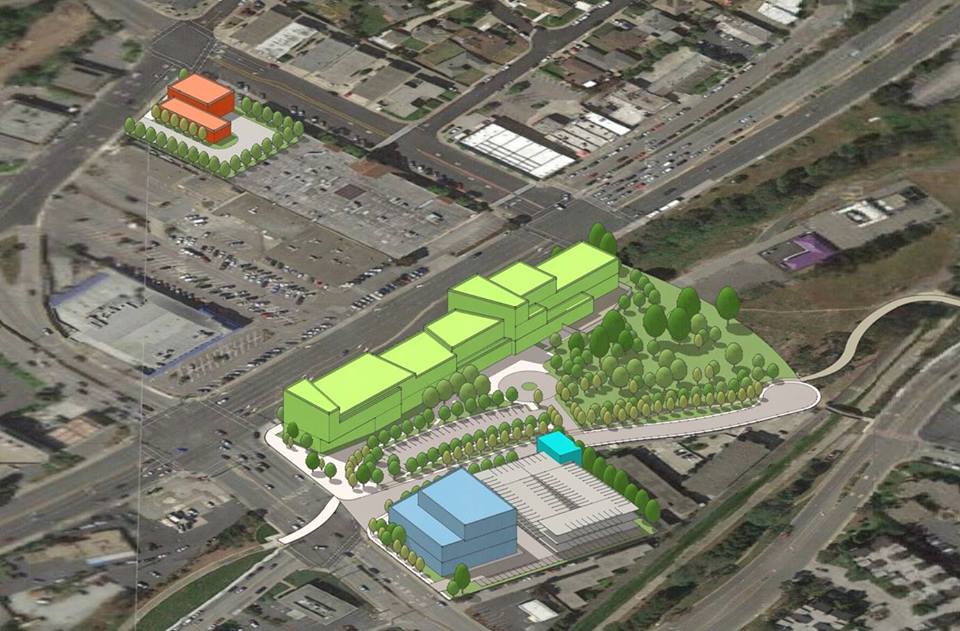 ‘Plans are moving forward for SSF’s Community Civic Campus (which will include a new library, community center, police headquarters, and other public facilities). The next public meeting on this project will be a public hearing at the Planning Commission, shceduled for Aug. 17 {33 Arroyo Drive, Council Chambers- more info}. The City just published a Supplemental Environmental Impact Report (SEIR) for the project, and we are now in the middle of a 45-day public review period for the SEIR.’ the SSF Economic and Development Department said. ‘It will be located at El Camino Real & Chestnut.’ {meeting info provided by Gregory Benavides}

NOTICE IS HEREBY GIVEN that the City of South San Francisco (City), as the Lead Agency under the California Environmental Quality Act (CEQA), has completed a Draft Subsequent Environmental Impact Report (Draft SEIR) for the Community Civic Campus Project and the Draft SEIR is currently available for public review and comment.

Project Description: The project would include the development of a new Community Civic Campus and Library and Recreation Facility, a new South San Francisco Police Department headquarters, other City offices, and associated parking structure on the eastern project site. A new fire station would be constructed on the western project site, while the existing Municipal Services Building on the western project site would be demolished (partially or completely). To accommodate these uses, the City is also updating its El Camino Real/Chestnut Area Plan with minor changes to reflect the project. In particular, this involves the changing of the Public land use designation to El Camino Real Mixed Use North and revisions to the companion zoning to ensure consistency.

Environmental Effects Discussed in the Document: The City has prepared a Draft SEIR to address the specific environmental effects of the Community Civic Campus Project. The Draft SEIR consists of an analysis of the following environmental issue areas that may be impacted by the project: Aesthetics, Air Quality, Biological Resources, Cultural Resources, Geology and Soils, Greenhouse Gas Emissions, Hazards and Hazardous Materials, Hydrology and Water Quality, Noise, Transportation and Traffic, and Utilities and Service Systems. The project site is listed in the hazardous waste regulatory databases searched for in the Phase I ESA. Details regarding hazardous materials impacts and mitigation measures to reduce impacts are discussed in the Draft SEIR. After mitigation, the project would have a less than significant impact on hazards and hazardous materials.

Document Availability: Copies of the Draft SEIR are available for public review at the following locations:

The SEIR is also available through the South San Francisco website at:

Public Review Period: The Draft SEIR is available for public review and comment pursuant to California Code of Regulations, Title 14, Sections 15085, 15087 and 15372. The 45 day public review period for the Draft SEIR begins on July 12 and ends on August 28. Comments on the Draft EIR are to be submitted to the city in writing no later than 6:00 p.m., Monday August 28 to Tony Rozzi,City of South San Francisco Planning Division, City Hall, 315 Maple Avenue, South San Francisco CA 94080 or by email to Tony.Rozzi@ssf.net.