File this under ‘Who Knew’, or so we thought when South San Francisco resident Larry Lansberry shared this photo on our social media asking “Anyone else see this guy on Grand or anywhere else in South City?” 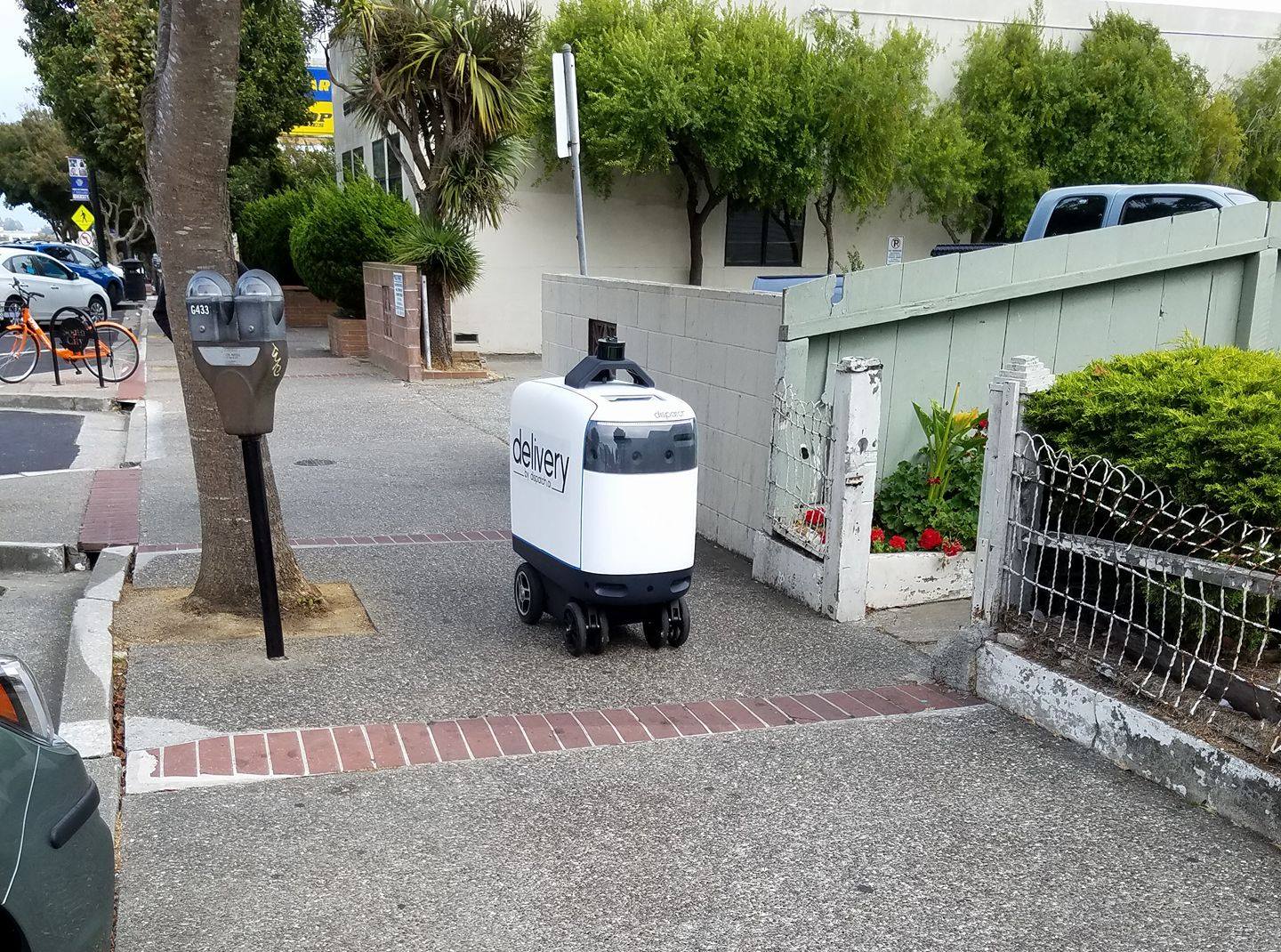 Well it turns out many have witnessed this new addition to our downtown as neighbors chimed in with comments- and more photos below.

We encourage everyone to check out their website HERE and enjoy our downtown being highlighted in their venture providing delivery to locals. In addition they are hiring so please help get the word out- scroll to the bottom for more info from DISPATCH.

And by the way, it appears this little ‘thing’ has a name – CARRY!

Here is what our neighbors are saying – add your comments to the conversation!

Davida What exactly does it deliver?

Marguerite  Yep!! Saw it a few weeks ago on Grand Ave…

Erwin  malfunction, and you know these guys will run off with it?

DISNEY GIF
Belinda Yea its called Dispatch. If you go to their site you’d see our downtown on the website 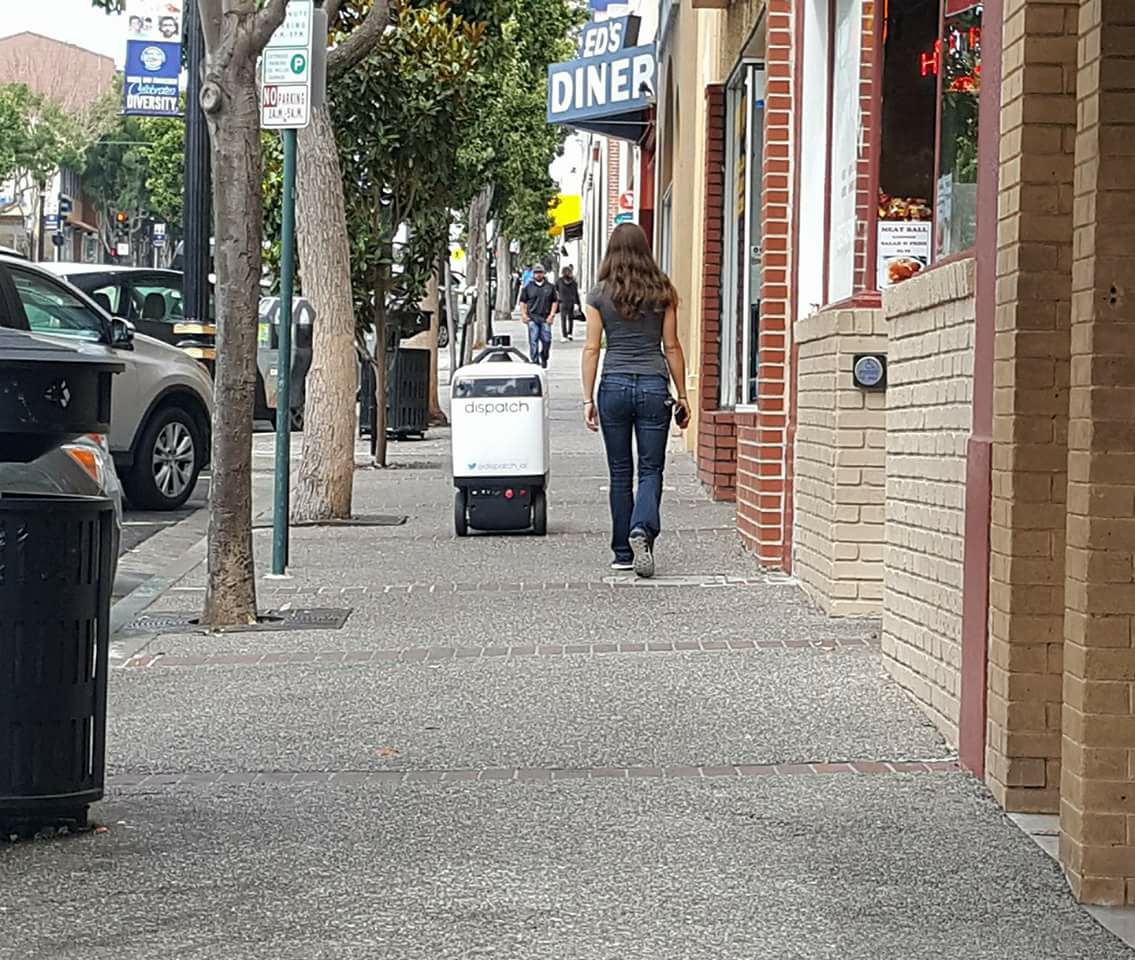 Jessica Yes I see them a lot during the week but there is always someone walking with it.

Nancy  They have been testing them for over a year downtown.

Carol  I have seen it on Linden, being followed by an teenage minder.

Amanda Saw one being followed by a guy typing on a laptop several months ago!

Lisa  Can it go up stairs? 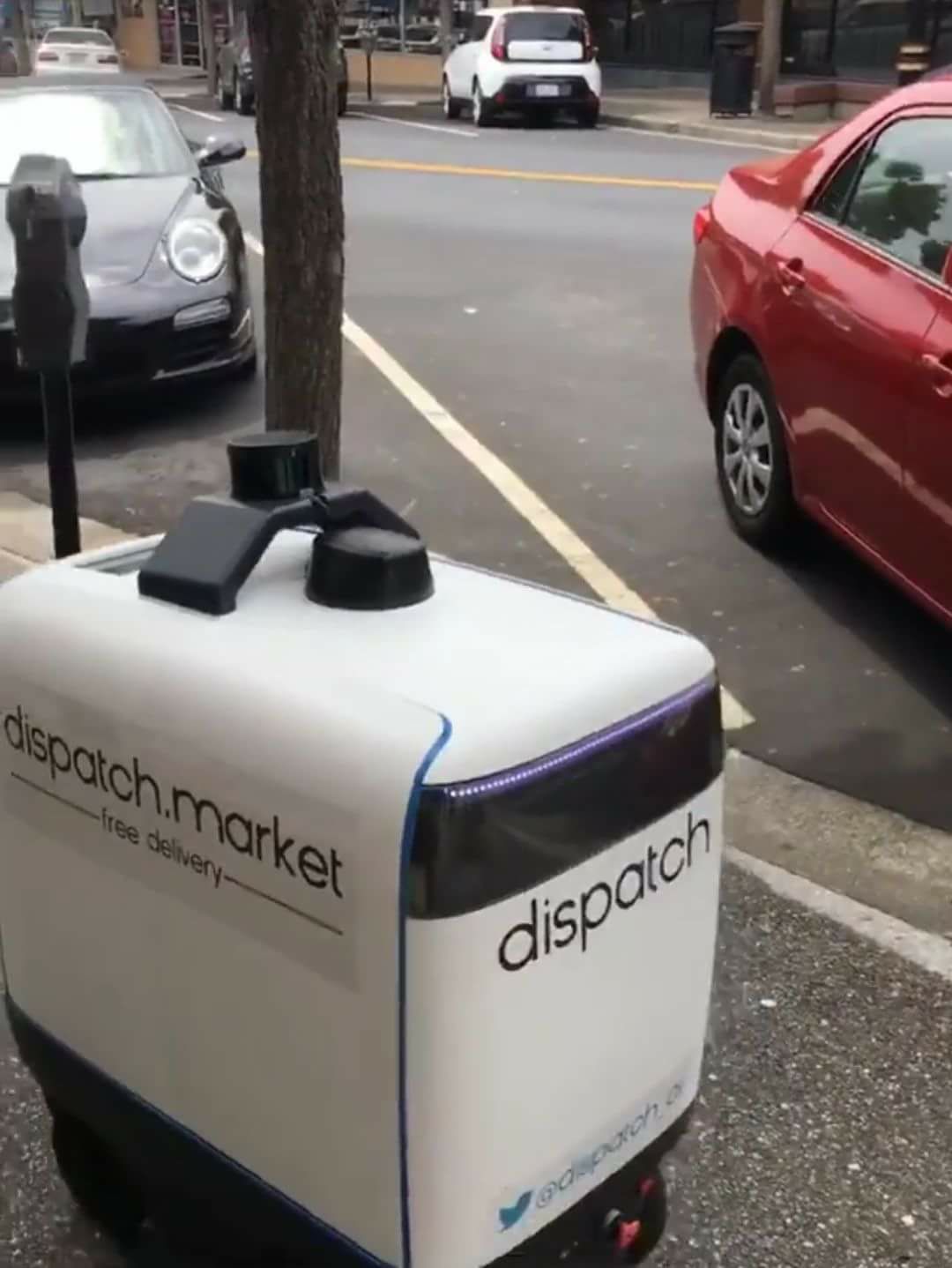 Karen  Saw this on Grand and Maple!

Cynthia Yes, the robot has been making deliveries for months now, first testing then the actual thing. I believe it is part of door dash (food delivery app)

Jason  Can it pick up dog poop too? (an important question since ESC continues to receive complaints about neighbors NOT picking up after their pets)

Steven  We have smaller ones in Redwood City

Mike  Its been running between Airport Blvd and Spruce Ave along Grand Ave for the last few months, so far it’s delivered documentation, the people walking with it aren’t sharing much info when I’ve tried to talk to them.

Karen  We saw the bot as early as May but it was always followed by a person. It doesn’t look like this one was being followed.

Sal  Seen it a few times had to put it to the test and walk in front of it to see if it would hit my leg. It passed stopped on a dime.

Jo  This thing almost knocked me down on Grand Ave yesterday……….streets aren’t big enough for the both of us! lol Actually, it was very interesting…..he had three people walking with him. And I dont know why I am referring to this as a him.

Laura  I thought it was a meter collector thing. I have seen 2 walking with the “handlers” just this week.

Dispatch is  a well-funded startup that is creating a platform for local delivery powered by a fleet of autonomous vehicles designed for sidewalks and pedestrian spaces.

We’re bringing together a team with deep domain expertise in robotics, autonomous vehicles, and artificial intelligence.  If you’re interested in joining us for work on this exciting technology and help create the future of autonomous vehicles, we’d love to hear from you. Roles we are hiring for include: