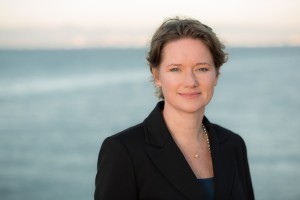 It’s time to accept that coastal California is shrinking. A new study from the Union of Concerned Scientists predicts chronic Bay Area flooding from rising seas as early as 2060. “Cities around the San Francisco Bay will begin to experience more frequent and disruptive flooding in the coming decades and will have to make tough decisions around whether to defend existing homes and businesses or to retreat,” said Erika Spanger-Siegfried, senior analyst in the Climate and Energy Program at UCS and a report author.

The Pacific Institute calculates that San Mateo County will lose more in property value than any other county in the state. Property damage in the county is estimated to be in the region of $39 billion, with sea level rise projected to affect more than 100,000 residents.

In July, the Mercury News reported that San Mateo and Marin Counties and the City of Imperial Beach filed a lawsuit in Marin County Superior Court. The suit alleges that, “major corporate members of the fossil fuel industry, have known for nearly a half century that unrestricted production and use of their fossil fuel products creates greenhouse gas pollution that warms the planet and changes climate.”

The suit argues that 37 oil, gas and coal companies actively worked to “discredit the growing body of publicly available scientific evidence and persistently create doubt” in “a coordinated, multi-front effort.”

The suit asserts what many of us already accept as fact, that fossil fuel companies “have promoted and profited from a massive increase in the extraction and consumption of oil, coal and natural gas, which has in turn caused an enormous, foreseeable, and avoidable increase in global greenhouse gas pollution.”

Armoring the coast and building levees in the Bay will be an unimaginably expensive public undertaking, and that doesn’t include relocating highways, railways, airports, and other critical infrastructure.

Last month, the Guardian reported that Mayor Serge Dedina said that up to 30% of Imperial Beach could be affected by climate change. “As the lowest-income, highest poverty-rate city in San Diego County, we have no capacity to pay for the extensive adaptation measures.” Within 15 years flooding could affect tens of thousands of Marin County residents and cause upwards of $15.5 billion in property damage. “This lawsuit is intended to shift those costs back where they belong – on the fossil fuel companies,” says Marin County supervisor Kate Sears.

As communities become dependent on costly levee systems to stay dry, and climate projections continue to worsen, we will soon be spending exponentially larger sums of money to protect development now being built in inundation zones. One good example is the 8-mile long levee do-over in Foster City that is now budgeted for $90 million. That levee must be rebuilt three feet higher or residents will be required to buy costly flood insurance.

In addition to suing oil companies our elected representatives have a responsibility to protect the public from the huge financial burden sea level rise will bring to coastal California. They can do this by using their powers to implement policies that limit development in known inundation areas and to prohibit future shoreline armoring in favor or wetland restoration.

Suing the fossil fuel companies is a great start to holding those responsible for the coming disaster to account, but that must only be a beginning. Without common sense and practical pragmatic legislating any legal action becomes nothing more than a show. If they really want to leave a lasting legacy current local legislative bodies must show through use of their powers that they have an understanding that development in inundation zones is literally pouring money down the drain. Anything less is going to be an expensive and complex disaster.

Sabrina Brennan is a resident of Moss Beach

In 2012, Sabrina was elected to the San Mateo County Harbor District Board of Commissioners. Receiving the highest number of votes (120,656) from a pool of six candidates and currently serving a four year term.

In 2009, she completed a term on the Midcoast Community Council, an elected municipal advisory council to the San Mateo County Board of Supervisors.

The signs are there but our elected people locally still want to build on Oyster point == Leave it alone!

Pacifica is losing ground literally. See for yourself. Take a ride over near Manor Dr. by Safeway. Those homes are gone.

Such will be the fate of SSF too.