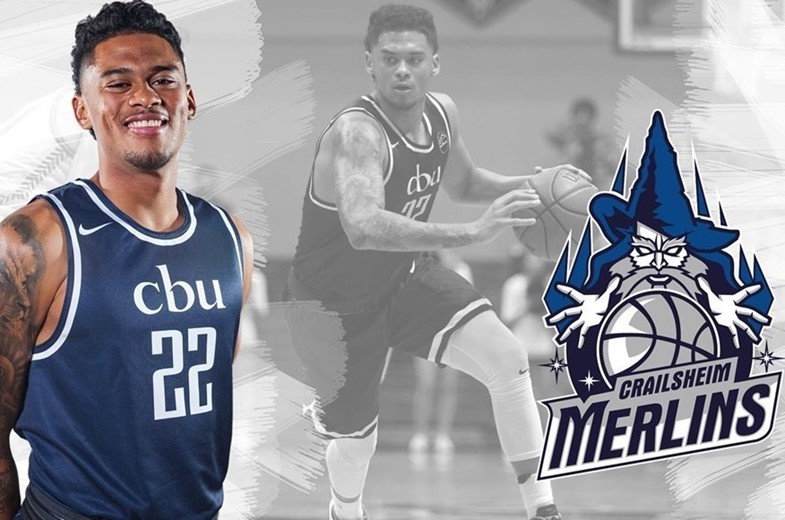 CRAILSHEIM, Germany — Michael Smith may be done playing collegiate ball, but he’s not hanging up the shoes just yet.

The California Baptist University alumnus has signed with the Crailsheim Merlins, a professional team competing in the ProA, the second-highest basketball league in Germany. Smith will look to contribute to the team’s first season and comes off a stellar collegiate career.

Merlin head coach Tuomas Iisalo is optimistic Smith will be an impact player right away.

“The style of his college team has comparatively many elements from the European basketball, so he already knows it,” said Iisalo. “That will help him, I think, quickly adapt to our style of playing.”

This past year, Smith became CBU’s and the PacWest’s all-time leading scorer with 2,031 career points. He averaged the third-best scoring average in the country (24.9 ppg) in 2016-17 and carried over from last year, scored in double figures in 40-straight games, with 22 games of scoring 20 or more points.

Smith led CBU to its fourth-straight NCAA postseason appearance, scoring a staggering 39 points in his final collegiate game. He also set a new single-game record for CBU in the NCAA era after scoring 42 points against UC San Diego on Nov. 22, 2016.

Earlier this summer, Smith was invited to a Los Angeles Lakers pre-draft workout as the only NCAA Division II player to receive such an invite and the first in CBU program history.