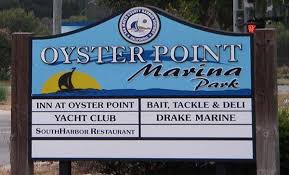 I’m concerned about public safety and the safety of Harbor District employees at Oyster Point.

On Wednesday, Oyster Point Marina fuel system safety hazards were not discussed during a Special Meeting held at South San Francisco City Hall at 2:00pm. The meeting was specifically about a Draft Agreement that transfers liability for the hazardous fuel system from a developer (Oyster Point Development) to the public.

The fuel system at Oyster Point is in extreme disrepair and as you are aware it is exposed to significant flooding. I’m concerned that the public and the unidentified people currently operating the fuel system are unaware of the numerous safety concerns raised in the May 26, 2017 Fuel Dock Condition Assessment.

On Wednesday, I learned from SSF City Manager Mike Futrell that the Drake Marine lease has been terminated. However some people are still operating the Fuel System at Oyster Point Marina. I’m not sure who these people are but they don’t appear to work for Oyster Point Development (the current lease holder), the City of South San Francisco, or the SMC Harbor District.

Who is providing oversight for the fuel system operation?

I’m concerned that the Agreement as written calls for the liability and responsibility for the maintenance and operation of a hazardous fuel system to be transferred from a developer (Oyster Point Development) to the Harbor District. 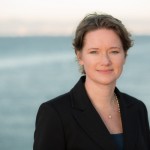 Sabrina Brennan is a resident of Moss Beach and serves on the San Mateo County Harbor District and has been a regular contributor to Everything South City. To view past articles please CLICK HERE