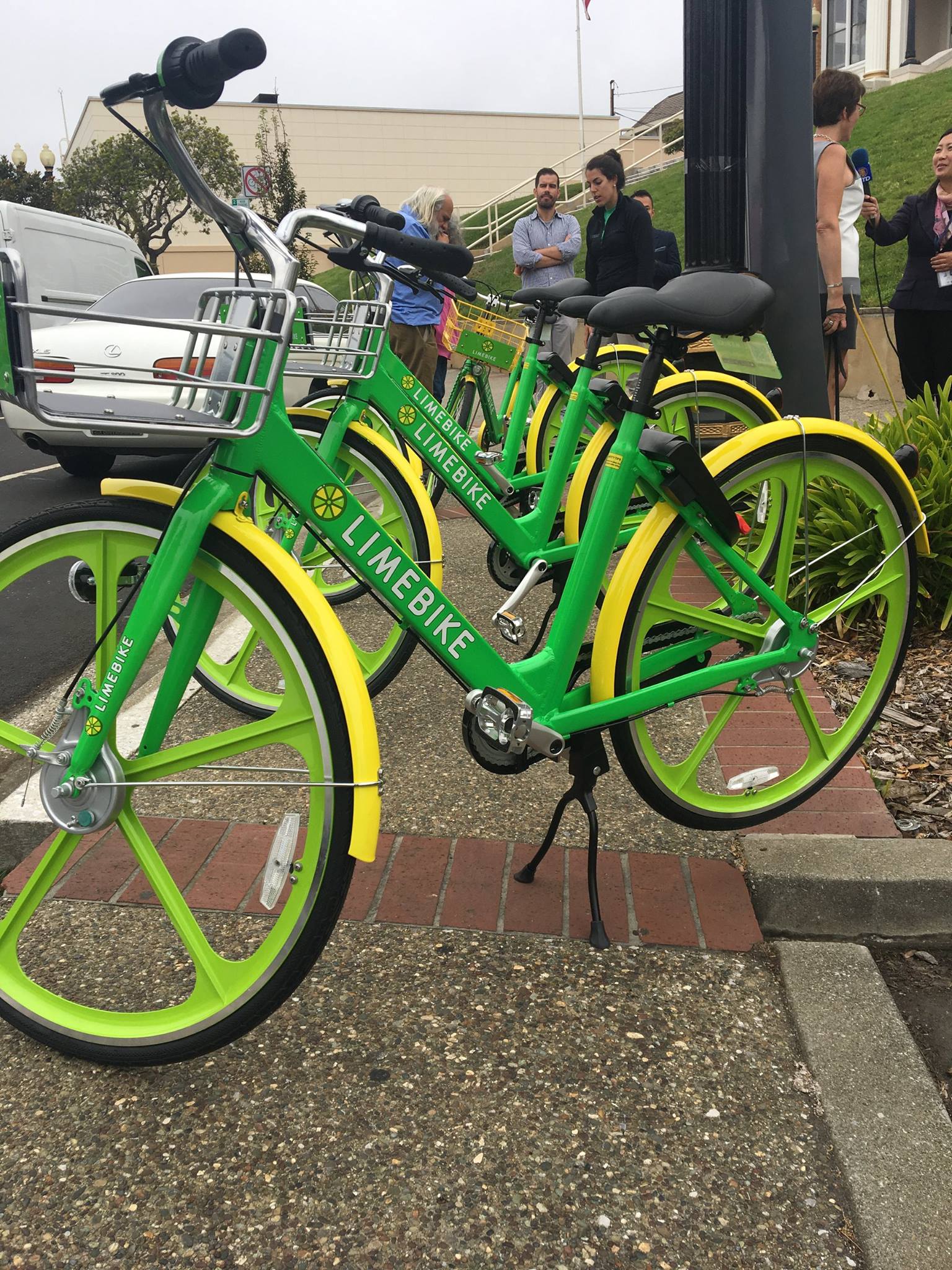 SAN FRANCISCO – August 8, 2017 – LimeBike, the country’s leading dockless bike share operator, shared today that it will begin to roll out  a new program in South San Francisco this week.

The final permit was issued to LimeBike last week.

“We’re a Bay Area company, so it’s particularly exciting that bikes will soon be deployed in South San Francisco,” said Toby Sun, CEO and co-founder of LimeBike. “We hope the pilot program is just the beginning, and we plan on moving farther north. We believe a regional approach to bike sharing service enhances overall mobility for the area and we have applied for permits to operate in San Francisco as well, and are working closely with city officials and the Board of Supervisors to launch bikes under new regulations issued last month.”

LimeBike has been working closely with area businesses and local public transit authority to integrate the program in the most effective way which can best serve the community. 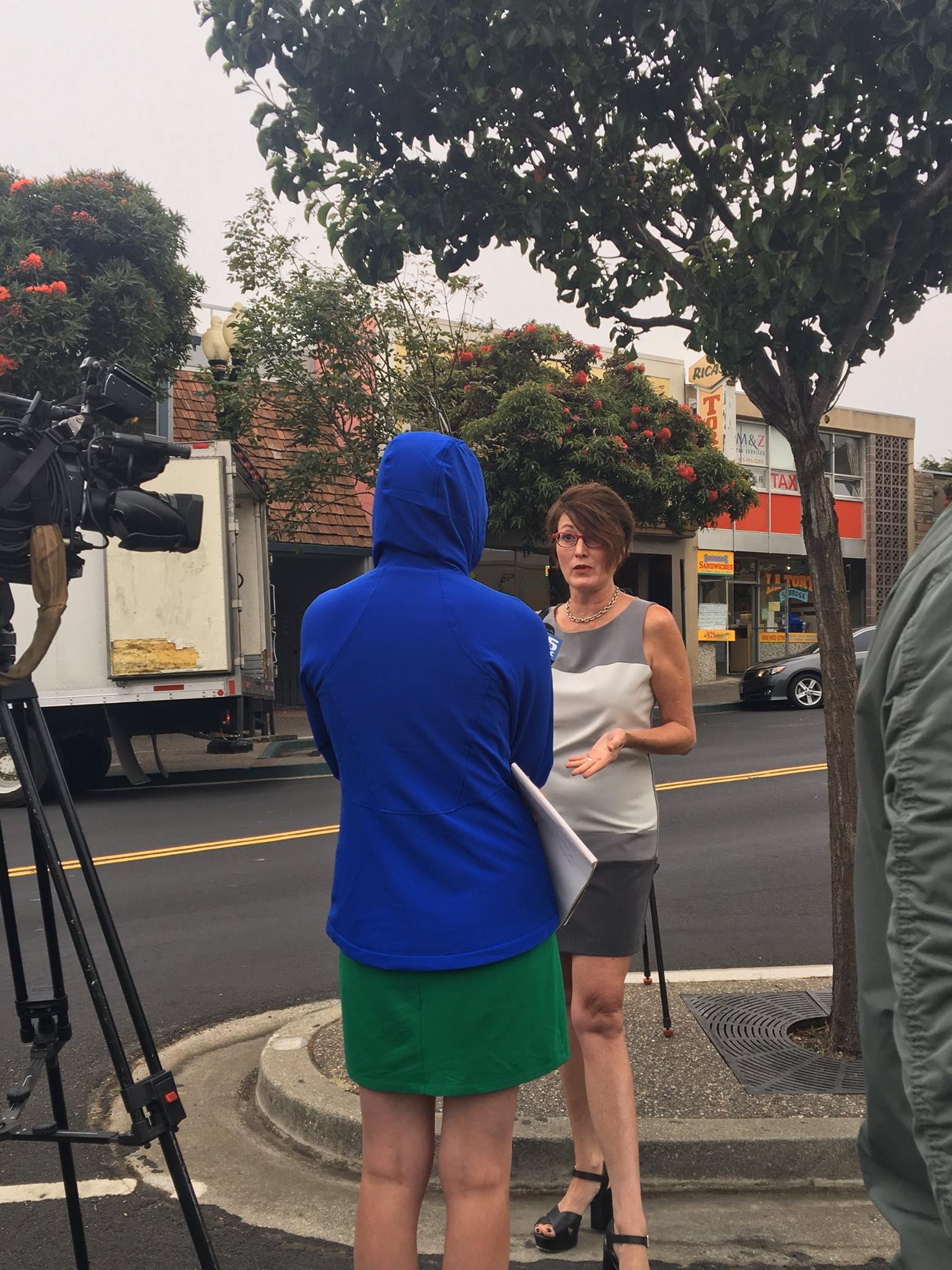 Julie Chimenti speaks with reporters about this new project.
Photo: City of SSF

“In South San Francisco we are willing to pilot, experiment, and create partnerships with innovative companies like LimeBike and its bike share program to provide active transportation options that can reduce driving alone and encourage a healthier lifestyle,” added Justin Lovell, Public Works Administrator for the City of South San Francisco. 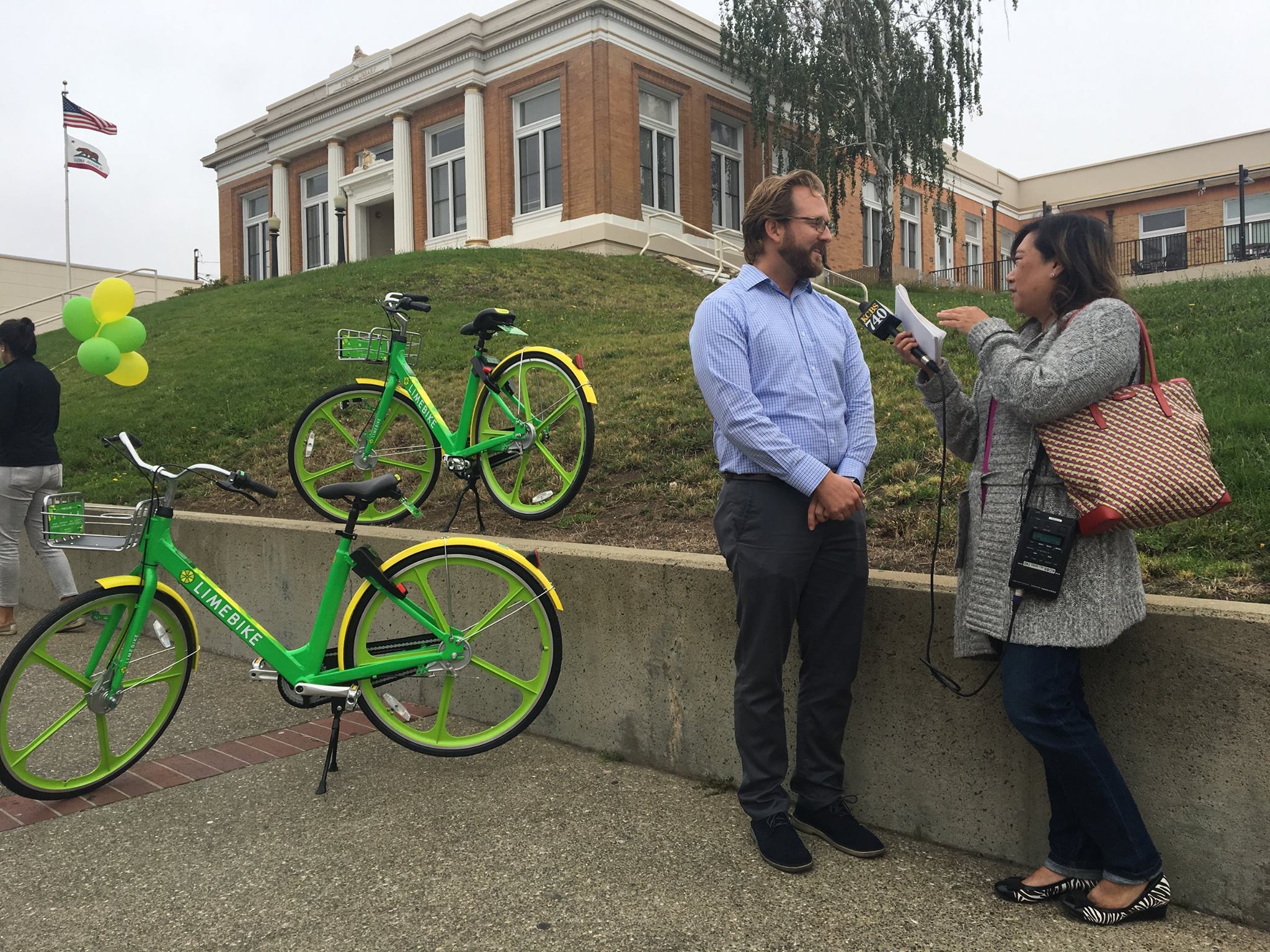 Justin Lovell speaks with reporters about this new offering in SSF
Photo: City of SSF

LimeBike offers pay-as-you-go rides costing just $1 per 30-minute time block, and all bikes are GPS and 3G enabled, making it simple for riders to find, unlock, and ride via the official app. Self-activating locks eliminates the time and hassle of having to return bikes to a docking station. When finished, riders simply lock the bike where they want to leave it and see the ride’s final statistics instantly in the app.