Our Sign Hill tree will come to life on the evening of Thursday August 31st at 7:30pm as the City of South San Francisco recognizes September National Childhood Cancer Awareness Month in honor of our own Princess Warrior Juliana Pena. The public is invited to attend the lighting ceremony which will take place on the rooftop of the Miller Avenue Parking Garage, 329 Miller Avenue South San Francisco. 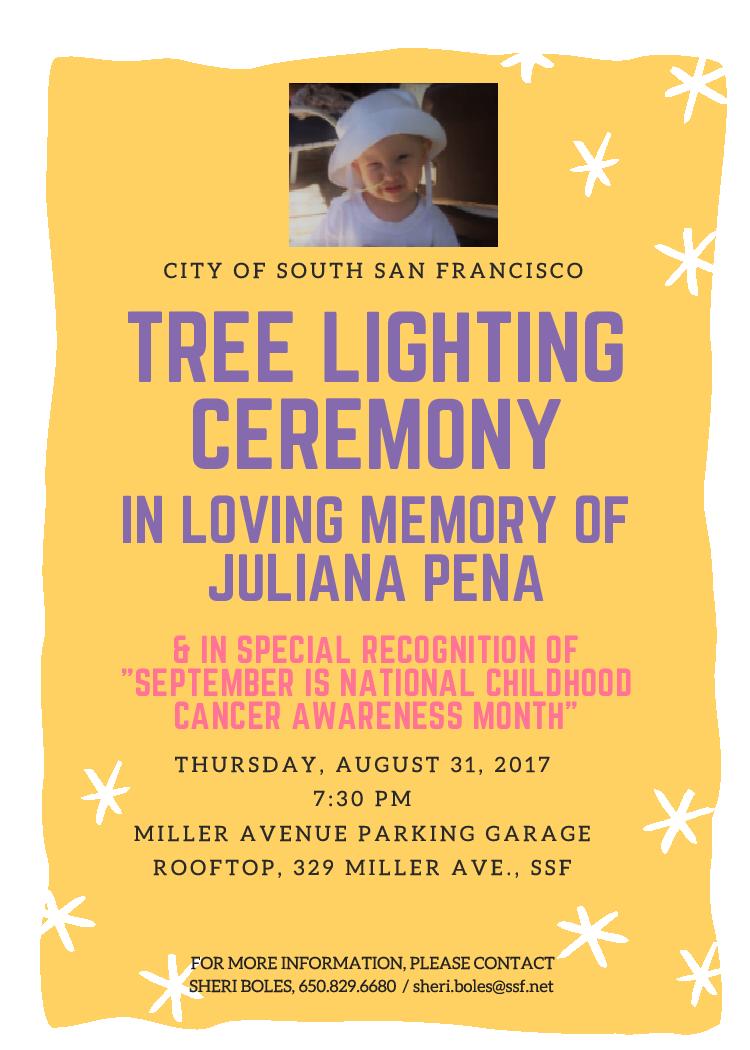 The tree, made popular by its holiday lights during the winter months, is being lit in September on behalf of Juliana Peña, a brave two and a half year old South San Francisco resident who lost her courageous battle with Neuroblastoma in 2012. The tree holds special memories for the family as the toddler lovingly referred to it as the “Light Tree,” and often gazed at its glow as she fell asleep in her home at the base of Sign Hill.
For more on Juliana’s story CLICK HERE. To reach the Juliana’s Journey Foundation CLICK HERE.