On August 10th a solo car accident occurred  on southbound El Camino Real, just before Spruce Avenue leaving the car facing in the wrong direction, so Southbound is going to get bottled up. 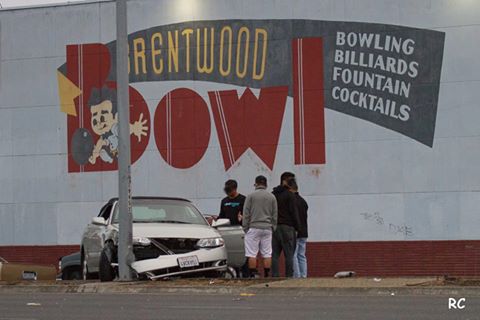 Around 8:30 that evening Theresa Fontana updated our Facebook page “It is mostly cleared now. The driver was talking to some people who stopped to help before fire/police arrived. I saw a firefighter speaking with driver as we left, so the person seems to be physically okay.”