PREFACE: Erick Ostorga,  alumni of El Camino High School Class of 2015, continues his educational career at San Francisco State University where he is part of an amazing business organization; Alpha Kappa Psi. Their main focus is growth and service to the community.

Hello! My name is Erick Ostorga and I’ve been part of this amazing community for the past 8 years of my life. I am writing to you today to share to the South City community about an amazing event happening once again in San Francisco State University!

I am part of a business organization at SF state, Alpha Kappa Psi, and we focus mainly on professional growth and service to the community, This year we are hosting (once again) the largest event in the history of our organization:

The Psi Kappa Chapter of Alpha Kappa Psi presents its largest event in history since its initial launch in March 2017, HeartBeats Benefit Concert. HeartBeats was derived from the notion of saving the lives of those who have been impacted by cancer (“heart”) through the method of music (“beats”). Proceeds from the event will go to Organization For Autism Research (OAR).

To do this, we proudly present Elephante, a Los Angeles-based EDM DJ/producer known for his big-room progressive house anthems and remixes of artists ranging from Clean Bandit to Lorde. He generally tends to produce pop-leaning vocal dance tracks, but he dips into slower, trap-inspired numbers as well. Born in Ann Arbor, Michigan in 1989, Wu began playing music at an early age, receiving classical piano training before teaching himself to play guitar. He graduated from Harvard University in 2011 and initially tried to break into the music business as an acoustic singer/songwriter before switching to electronic dance music. He started out creating remixes before producing original tracks, and his first EP was released in 2013. Since then, he’s released dozens of tracks and remixes, with songs like “I Want You” and “Age of Innocence” receiving millions of online streams. His debut full-length, I Am the Elephante, appeared in 2016. “Troubled,” a collaborative single with singer Deb’s Daughter, appeared in early 2017.– this will be an unforgettable night of music, dance, and fun; all the while supporting the Organization For Autism Research (OAR) 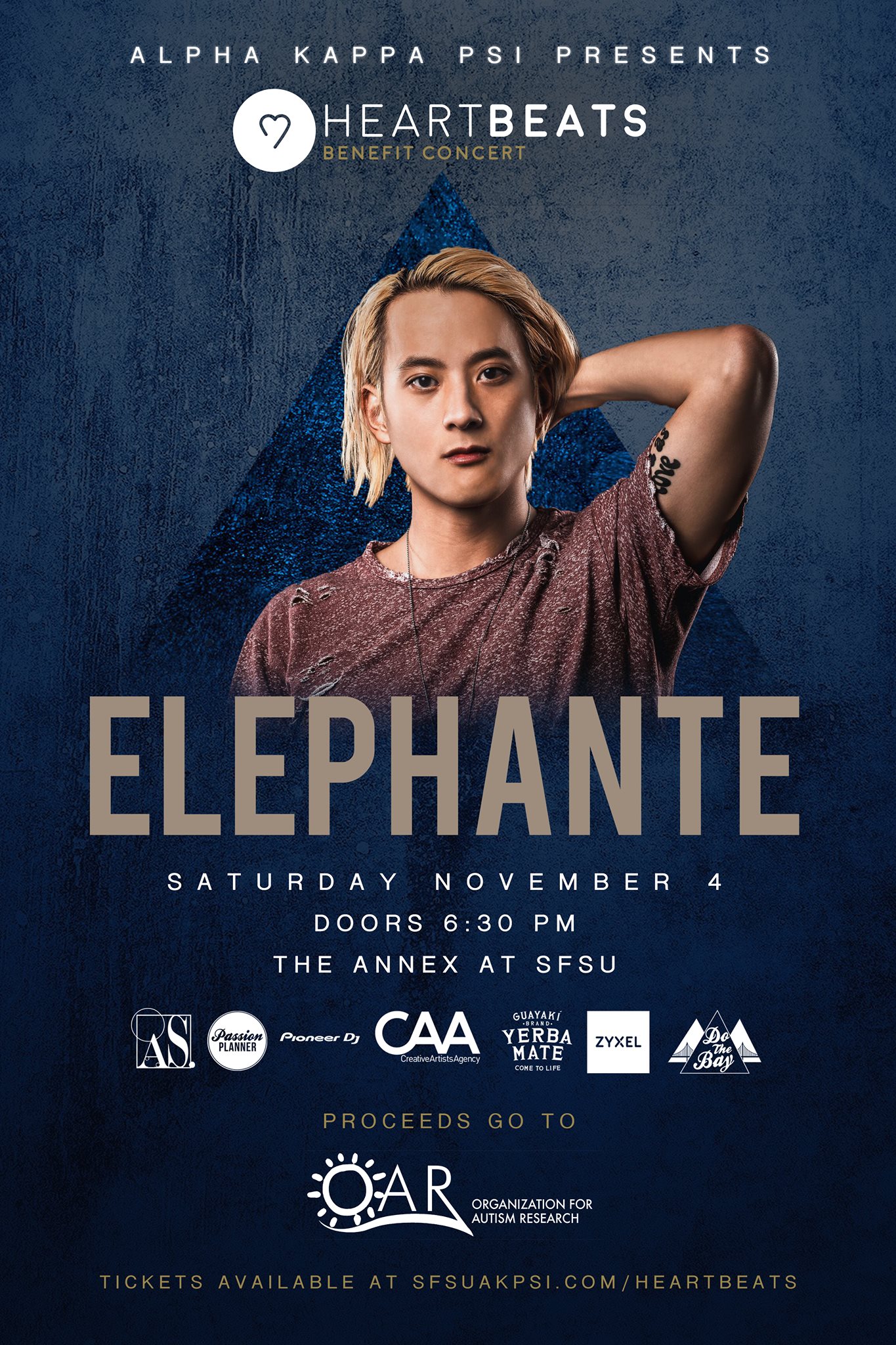