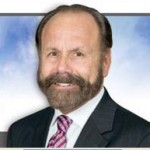 SACRAMENTO – San Mateo County would be permitted to take advantage of a process that allows public entities to use a method that ensures best value in construction project contracts in order to expedite the county’s five-year, $500-million capital improvement plan, under Senate Bill 793 by Senator Jerry Hill.

A related provision of SB 793 also would allow three special districts – the Peninsula Health Care District, the Santa Clara Valley Open Space Authority and the Midpeninsula Regional Open Space District – to use the design-build method to carry out public construction, repair and restoration projects. Contracting with the same firm to design and build such projects is typical among state and local government entities and schools. But the process, which saves money and time, is not as prevalent among special districts, as many have yet to be granted authority to contract with a single firm to design construction projects and then execute those plans.

Taken together, the provisions of SB 793 have the potential to save tens of millions in taxpayer money for public construction projects.

Representatives for San Mateo County say they are optimistic that enabling the county to participate in a best value pilot program, which was initiated by the state for seven counties in 2015, could produce savings of about 10 percent. The county committed this year to pursue a $500-million, five-year capital improvement plan that embraces nine projects, ranging from a new five-story county office building to an overhaul of the county’s health system campus.

“If it’s possible to save such a substantial amount of taxpayer money for public projects, San Mateo County and the three special districts should be given every opportunity to do so,” said Senator Hill, D-San Mateo and Santa Clara Counties.

The full Assembly accepted recent amendments to the bill on Friday and directed that SB 793 be reviewed by the Assembly Local Government Committee. The committee is scheduled to take up the bill in a hearing Tuesday morning. If it is approved, the bill will return to the Assembly for a vote of the entire house, then proceed to the Senate for concurrence. If passed by the Senate this week, the bill would go to the governor for his consideration.

The best value pilot program for seven counties was established in 2015 by SB 762, authored by then-Senator Lois Wolk. It allows Alameda, Los Angeles, Riverside, San Bernardino, San Diego, Solano, and Yuba counties to select a bidder on the basis of best value – a concept that takes into account price as well as project features, functions, lifecycle costs, experience and past performance — for construction projects in excess of $1,000,000.

SB 793 would add San Mateo County to the list of participating counties. It also would clarify the terms of the pilot program so that the best value concept and criteria can be applied to construction contracts and not just construction projects. Specifically, the bill enables the participating counties to apply the best value concept to job order contracting, a procurement method prevalent in California counties that produces a fixed-price, master construction contract covering many renovation, repair, alteration and large maintenance projects in a single competitive bid.

The UC system conducted a best value program in the past decade and highlighted the results in a 2010 report to the Legislature. According to a summary of the report, 23 contracts totaling $158.3 million were issued during the UC best value pilot program and university representatives were “unanimous in their praise of this process that has already demonstrated numerous advantages such as decreased bid protests and communication problems, decreased the need for multiple inspections and re-work, decreased disputes, change order requests, claims and litigation and increased incentives for contractors to perform their work [safely] and to adhere to high labor and quality standards.”