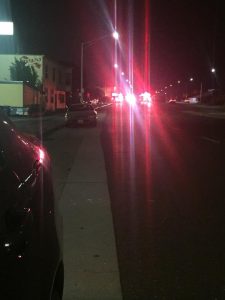 In the early morning hours a South City neighbor reported hearing a loud popping and saw a fire erupt and immediately called 911. From his vantage point near the Dog Park he was able to capture this video CLICK HERE

“I was just being a good neighbor and saw the fire first hand when it started” our neighbor said “Glad I heard the sirens while I was talking to 911 dispatch. The fire crews put it out very quickly but don’t know if anybody was injured. Once I saw the white smoke I knew the firemen had control of the fire..”

Firedispatch.com had identified this location as 840 El Camino Real which is the recently closed Arby’s Restaurant building and listed this call at 78 minutes. Our South San Francisco Fire Chief Gerry Kohlman provided this information in response to our questions:

‘The fire at 840 ECR was actually behind 800 ECR and was a combination of a shed and vegetation. Crews extinguished fire before it extended into the All Seasons Hotel. Although arson is always considered, is not suspected in this case. It may have been accidental or human caused, but damage to area of suspected origin was significantly damaged. SSFPD and SSFFD staff worked together on the incident.’

An earlier fire was reported by Firedispatch.com at 4:32AM at 687 El Camino Real, which would be home to the Parmigiano Pizza and Burger, on the corner of Orange and El Camino Real. “Fire was caused by electrical failure and once fire crews exposed charred area, fire was contained to area of origin” SSFFD Chief Kohlman said “The damage is approximately $1,000 to $2,000.”

If you hear fire sirens and would like more information in real time, check out Firedispatch.com HERE by using the pull down menu under LOG you will find South City Fire events. 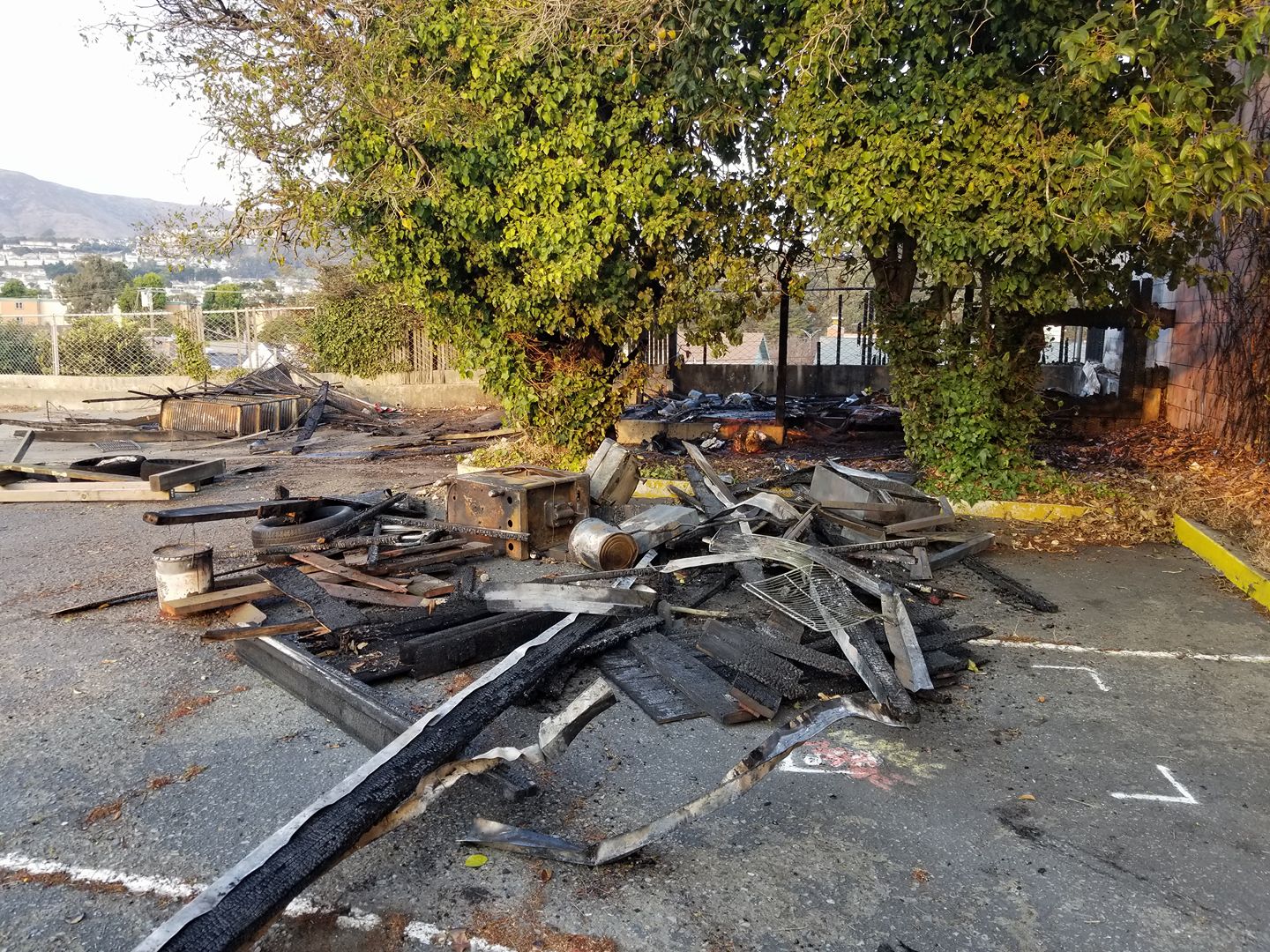 Remnants of the fire behind 840 ECR
Photo Credit: Kevin Walsh 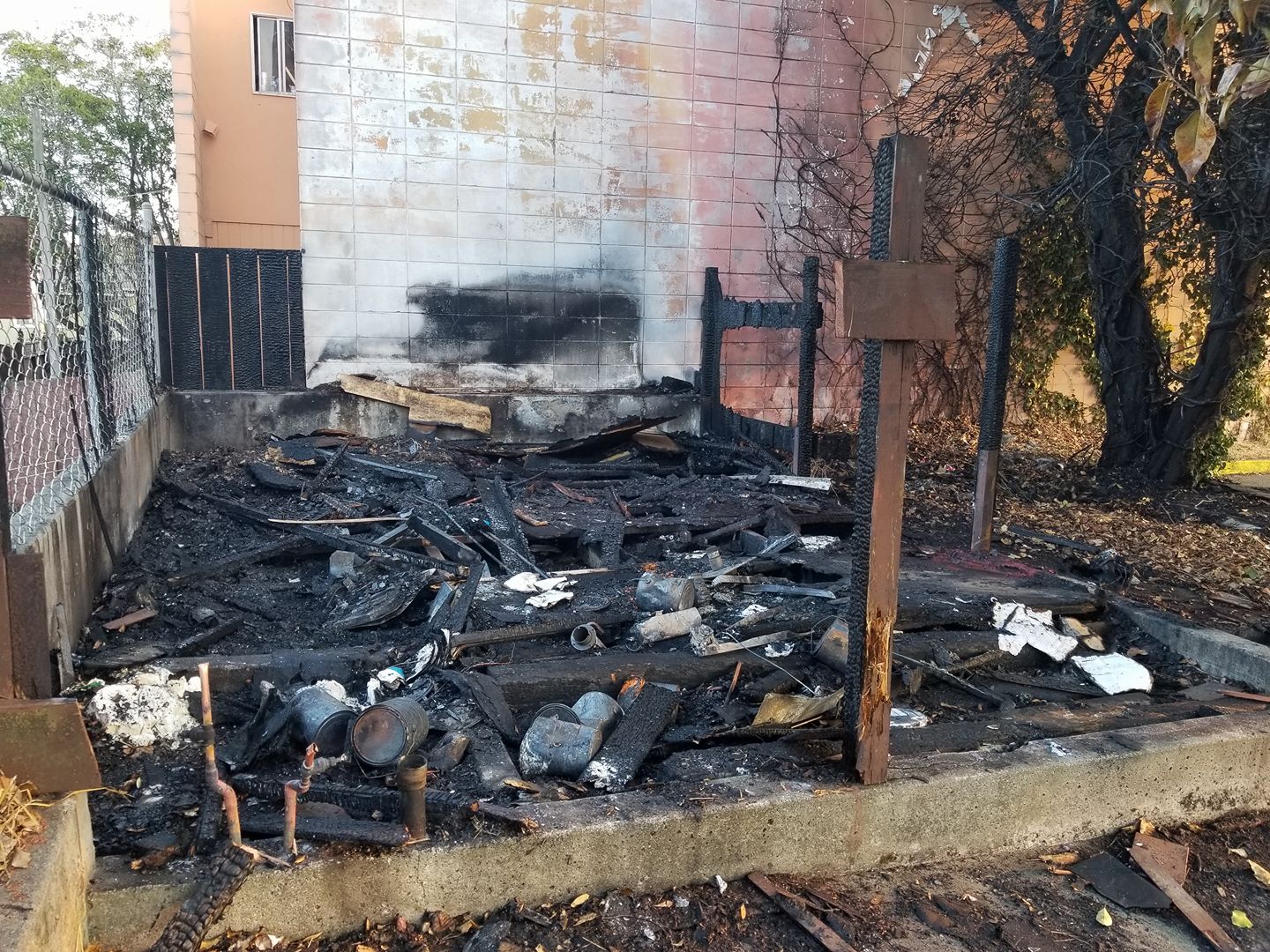 Remnants of the fire behind 840 ECR
Photo credit: Kevin Walsh 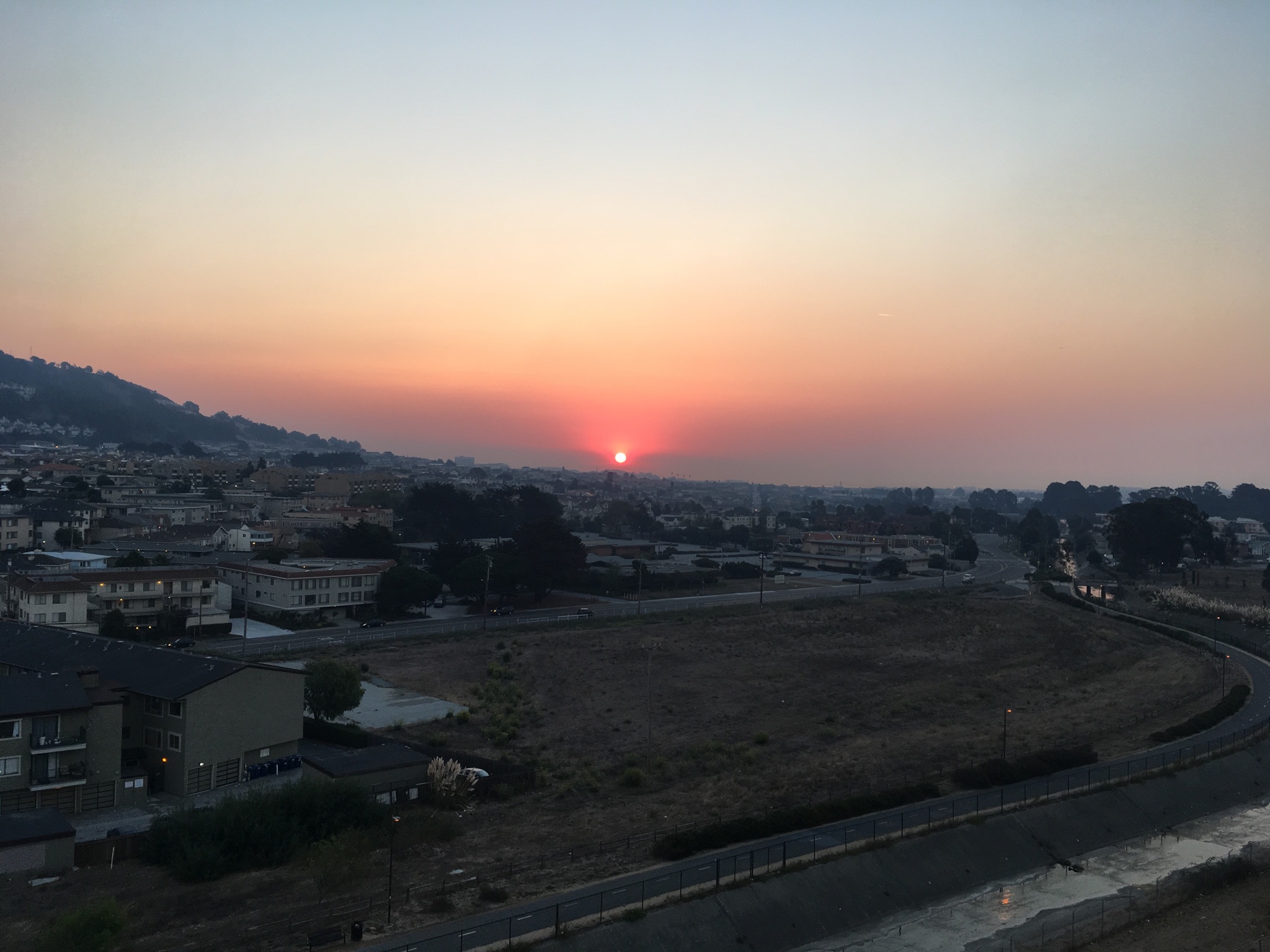 UPDATE: This is a great resource for checking fires in CA, use the left column to gain more info for the specific fire incident. HERE

In addition reports of wildfires blowing up in Napa, Sonoma, and Mendo counties have brought heavy smoke to our region. San Mateo County Alert System sent out this message at 1:00AM:

Please expect a strong smell of smoke due to the Napa fire. Multiple reports have come in indicating that the smoke from the Napa fire has blown into San Mateo County. If you see fire in your area, believe the smoke smell is from a local source or you believe you are in any danger, please call 911. OES13

SSFFD Engine 61 with a crew of four responded with four other engines and a strike team leader at about 0630 this morning. Initially, they were dispatched to Napa County and have since been diverted to Santa Rosa and are actively engaged in fighting fire in the neighborhoods.

We also have fire personnel in Puerto Rico. “Our fire captain will return from his federal incident management team assignment in Puerto Rico on October 15th if all goes as planned.” Fire Chief Kohlman said.

To get updates on the fires in Napa/Mendo/Sonoma and beyond, CLICK HERE.