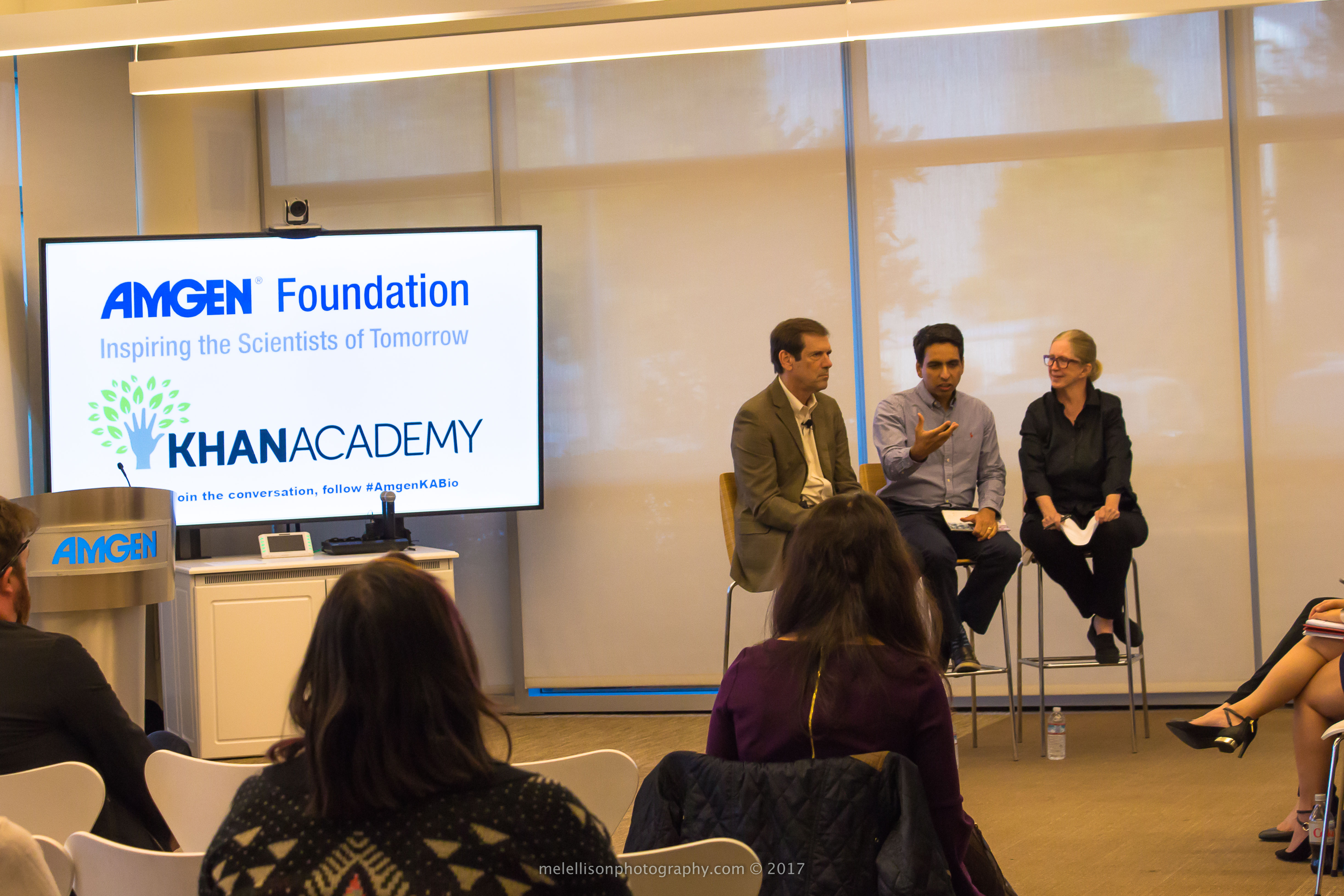 The panel was moderated by Moira Gunn, the host of NPR’s Tech Nation and Associate Professor at the University of San Francisco where she directs the Business of Biotechnology Program, and featured Ray Deshaies, Senior VP for Discovery Research at Amgen (and formerly Professor at Cal tech and head of Deshaies Lab), and Salman Khan himself, the creator of the Khan Academy.
Photo: Mel Ellison

The auspicious occasion was marked by a panel discussion that took place at Amgen’s South San Francisco facility. This lively discussion was moderated by Moira Gunn, the host of NPR’s Tech Nation and Associate Professor at the University of San Francisco where she directs the Business of Biotechnology Program. The two men featured on the panel where Ray Deshaies, Senior VP for Discovery Research at Amgen (and formerly Professor at Cal tech and head of Deshaies Lab), and Salman Khan himself, the creator of the Khan Academy. With a few dozen attentive listeners present, we were able to get up close and personal with these two brilliant gentlemen, and learn some interesting things about Amgen, and the Khan Academy and it’s simple beginnings. 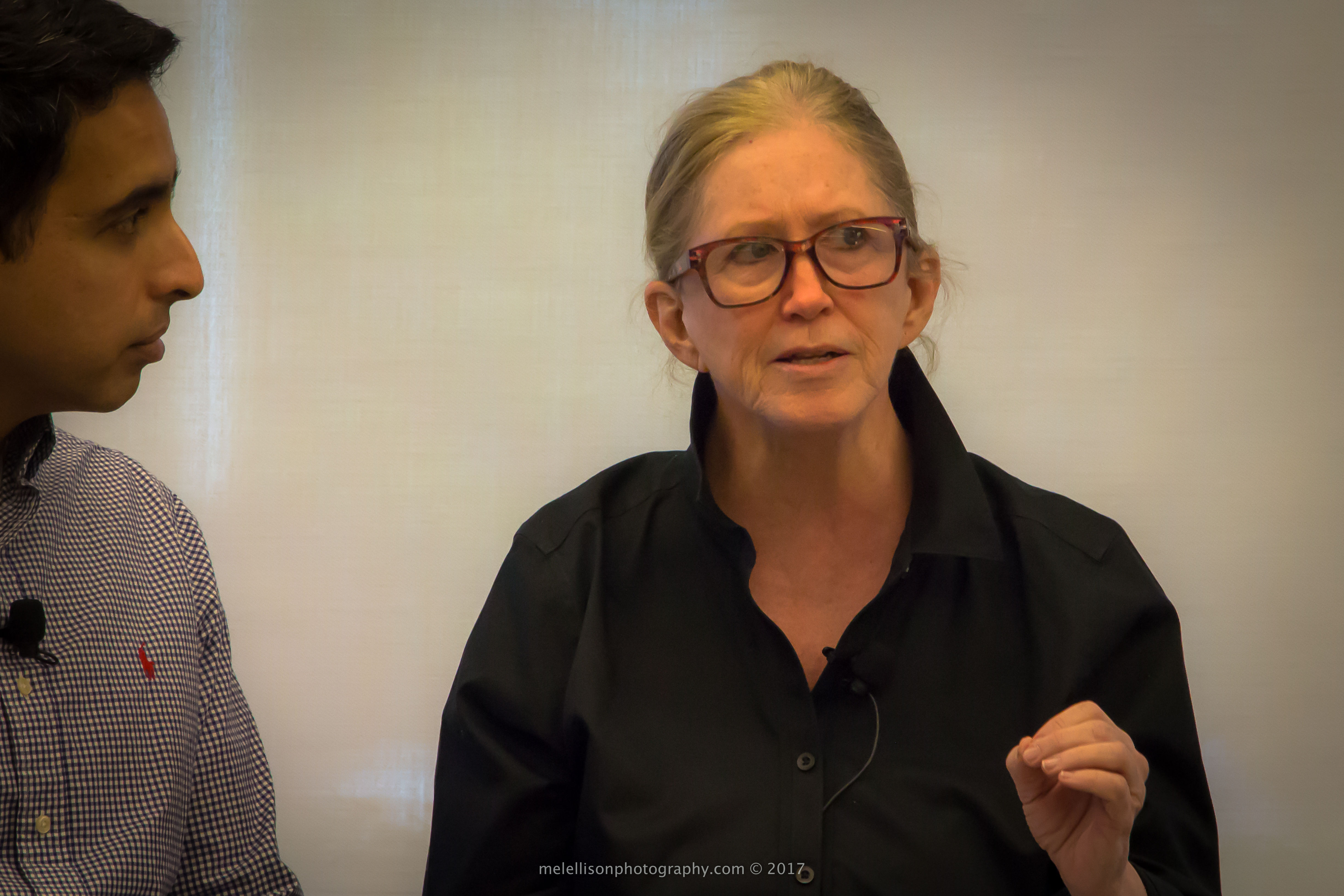 In 2003 Mr. Khan began tutoring his cousin in mathematics over the internet. Soon he was tutoring other relatives and friends and decided to move his tutorials to YouTube. Due to the increasing popularity of his educational videos, Mr. Khan soon decided to leave his job as a financial analyst and, together with his close friend Josh Gefner, focus exclusively on developing his YouTube channel, Khan Academy, full time. As of this year, his Khan Academy videos have been viewed an astounding 1.2 billion times over the internet. 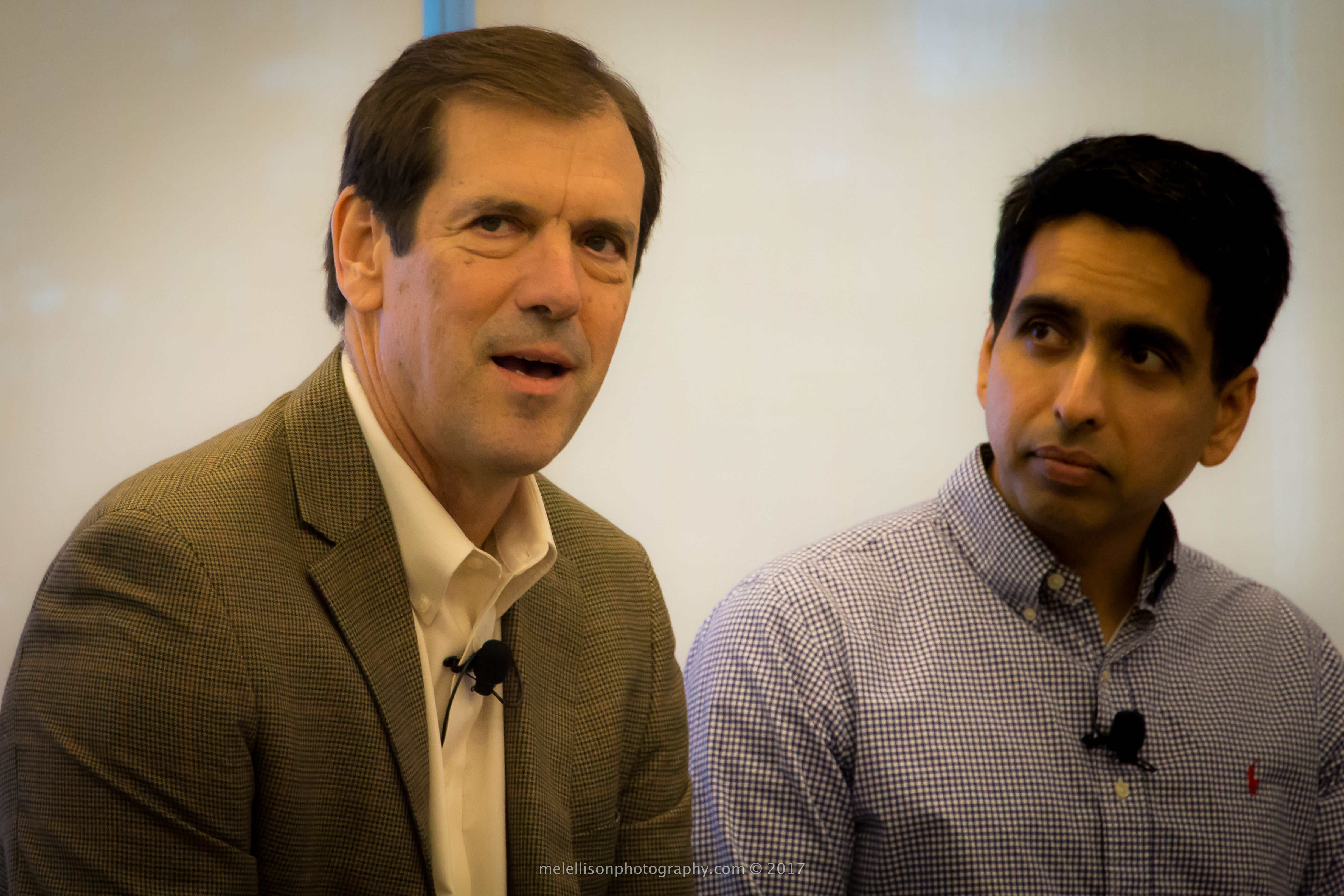 “The Scientific Method……the making of a hypotheses and testing it is probably the most important innovation in human history.”, said Mr. Deshaies.
Photo Mel Ellison

What the Academy promotes is, in the words of Ray Deshaies, “….the democratization of content.” In the past, it was only the fortunate few that had access to the most current scientific knowledge. Now, with the creation of the Khan Academy, any student with the desire and the will, has not only access to the content, but can access it anytime, anywhere and at their own pace over the internet. This incredible breakthrough means that, in the words of Mr. Khan: “For every one person who used to master this material enough to end up working at an Amgen, we’ll maybe get another 5, another 10, so that we can really accelerate the talent that’s out there.” 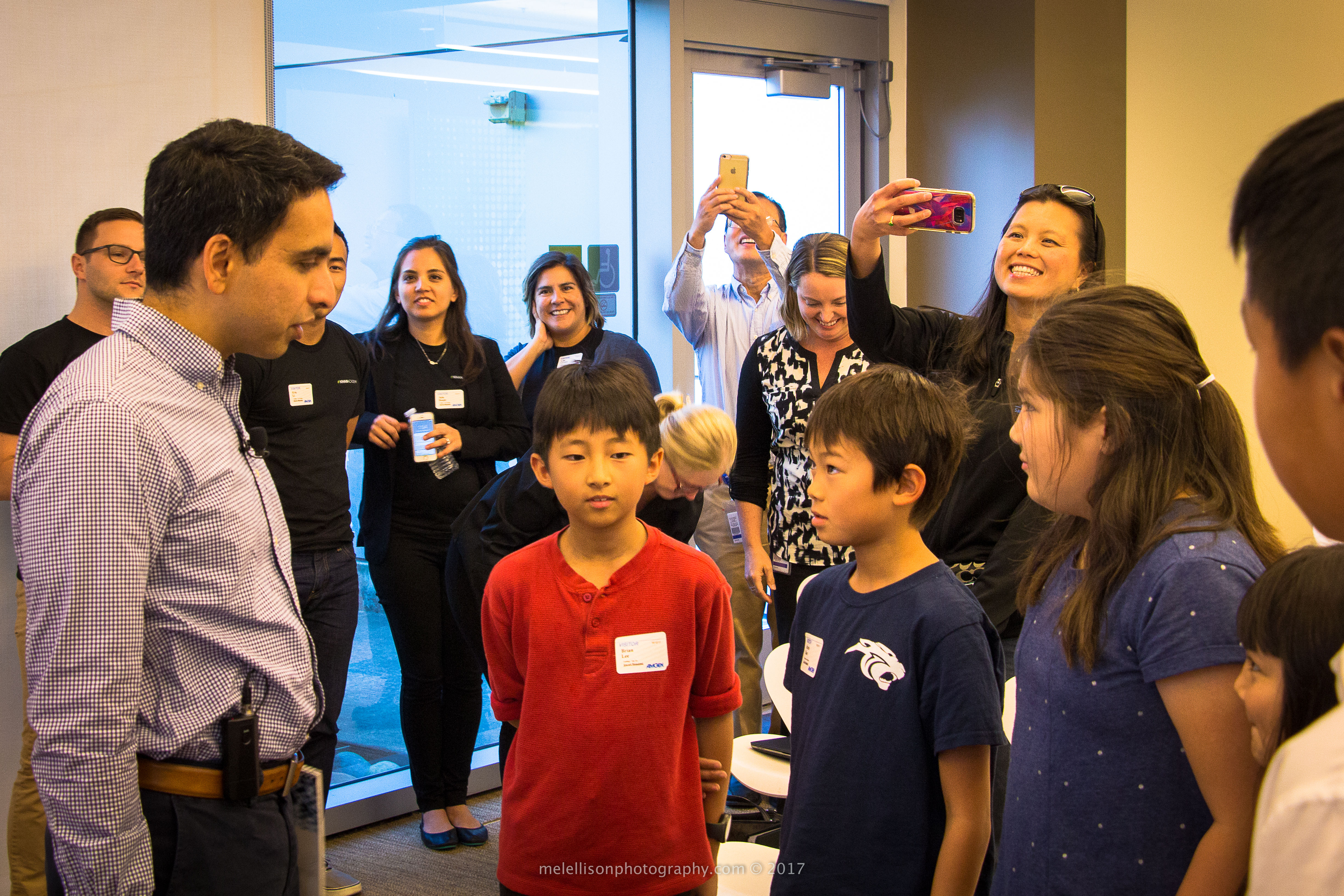 In one spirited exchange, Ms Gunn, referring to the push for STEM (Science, Technology, Engineering, Mathematics) in our school’s curriculum, commented that “….it seems all we hear about is STEM this and STEM that”. She then asked the two panelists what they thought “was the most important component of STEM.” After much thought, Ray Deshaies answered that, if he had to choose, Science is for him the most important. “The Scientific Method……the making of a hypotheses and testing it is probably the most important innovation in human history.”, said Mr. Deshaies. Mr. Khan agreed saying that the Scientific Method applies to most every great scientific advance that has ever been made. He jokingly added, “….it can even apply to something as simple as creating a great recipe for cookies!”

At the conclusion of the panel discussion, several eager young students gathered around Mr. Khan who patiently answered all of their questions. 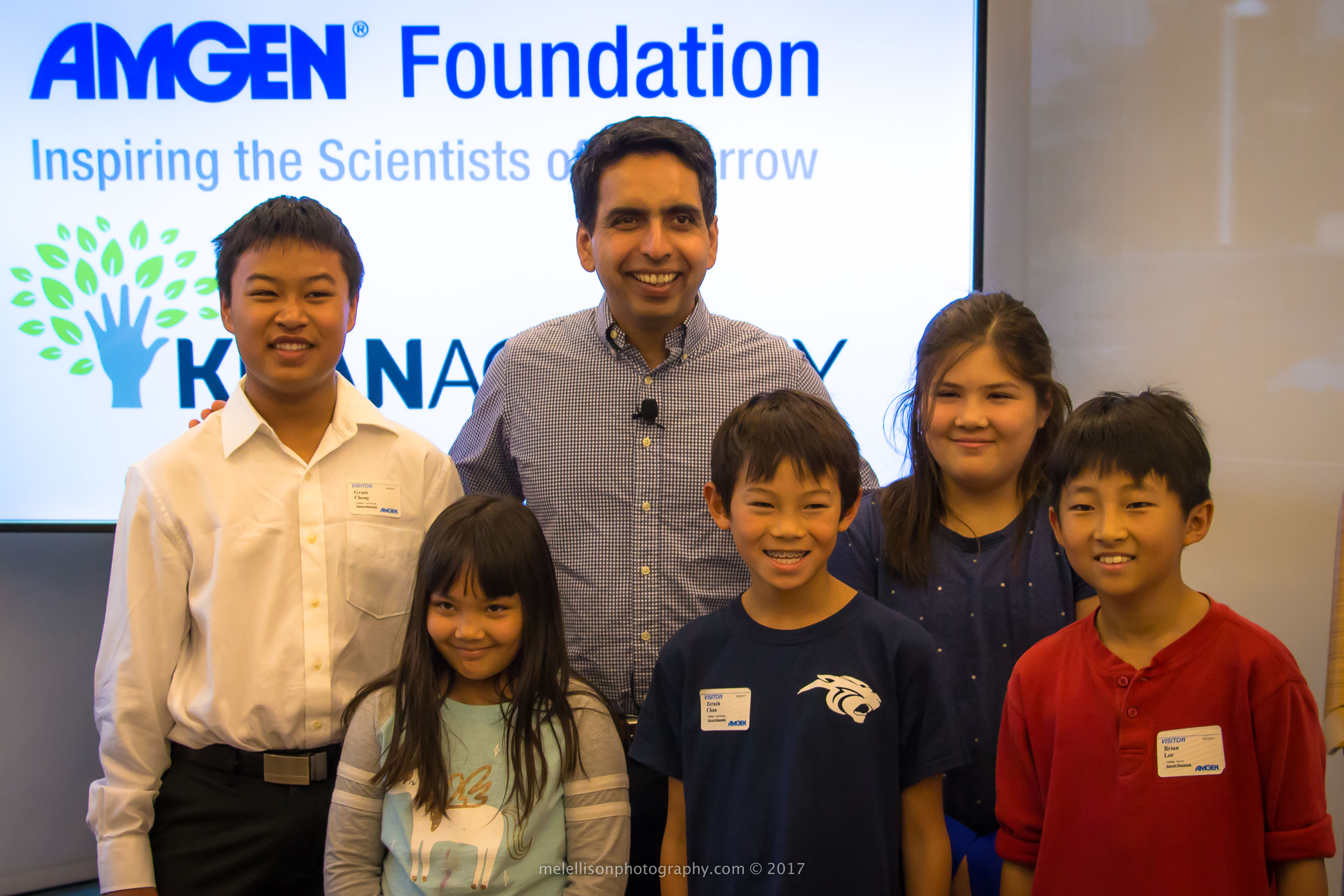 Mr Khan poses with a few of the students that will benefit from this partnership between Amgen and Khan Academy
Photo: Mel Ellison

We are experiencing history in the making as the traditional methods of teaching are undergoing a radical change due to the internet. With the Khan Academy’s ability to deliver an incredible array of science-based content on demand via the web, combined with generous sponsors like Amgen, every student with the desire can reach their goals, and not just the fortunate few. This is not only a positive development for them, it’s a big win for all of us, for it’s through these talented young minds that the scientific and medical breakthroughs of the future will be realized to everyone’s benefit. 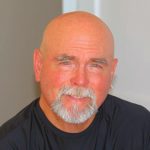 Mel Ellison is a free-lance writer and photographer who covers special features for Everything South City as well as taking the role of co-admin on our social media. Married to Lynn Brunetti, they enjoy family time with their grandchildren and enjoying their Brentwood neighborhood in South San Francisco. When not dazzling us with his photography you will find Mel on the open seas pursuing his love of sailing.