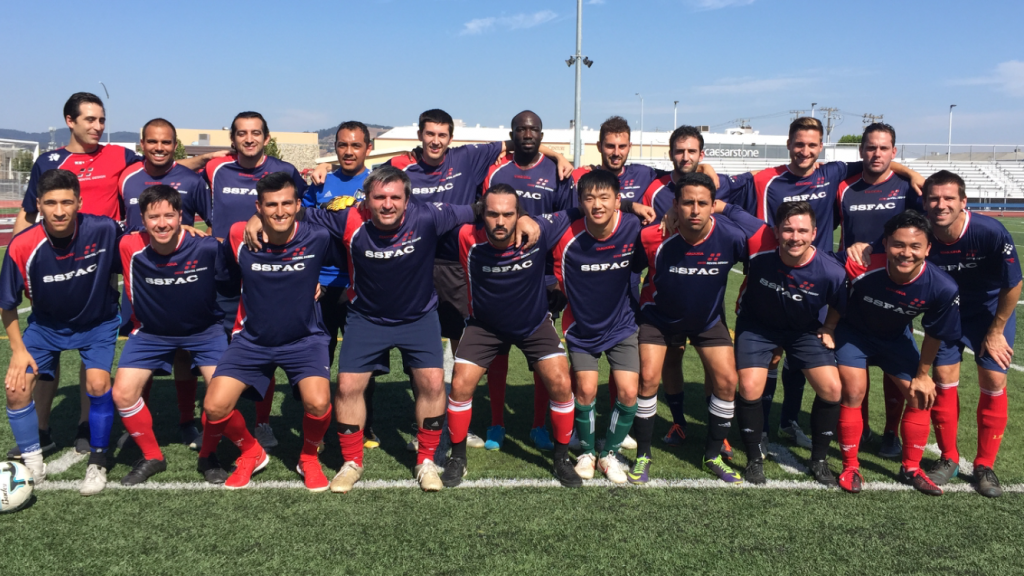 South San Francisco A.C. is set to begin it’s 64th season of soccer when it travels to Red Morton Park in Redwood City to take on JASA Dos on Sunday evening at 7pm. This is the start of the Peninsula Soccer League season which SSFAC has competed in since 1957. SSFAC is the oldest club still competeing on the SF Peninsula.

This season also marks the 34th and final season for Head Coach Mike Pizzo, as the team will be in the hands of former defender Scott Ellis, midfielder Gareth Lea and former Captain and Goal Keeper Daniele Capoferri as the team goes through the transition period this year. Mike and his fellow coaches and players will be looking to climb the standings in a very competitve PSL. The team will again play its home schedule at El Camino High School.

Be sure to follow us all season long right here on Everything South City, and you can also check us out at CLICK HERE