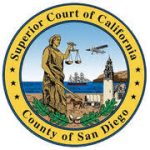 The San Mateo Superior Court has initiated a new program targeted at reducing the number of individuals who drive while under the influence of alcohol in San Mateo County. This court, known as a Multiple DUI Court, is the newest of many such programs nationwide.

The program aims to improve traffic safety by providing intensive supervision of second and third time DUI offenders while connecting them with the recovery resources they need to address their alcohol use.

Repeat offenders will be closely supervised by dedicated probation officers. They will also be required to have an ignition interlock device, commonly known as a “car breathalyzer,” installed in their vehicle to prevent them from driving while intoxicated. Regular alcohol testing or continuous alcohol monitoring will also be required to monitor abstinence from alcohol while under supervision.

“A second DUI conviction clearly demonstrates a serious problem with alcohol,” says Superior Court Judge John “Jack” Grandsaert, one of the new program’s architects. “Intoxicated drivers who have suffered a prior DUI conviction are four times more likely to become involved in a fatal collision. In addition to jail, intensive supervision and treatment are warranted in order to address this threat to public safety. That is what our Multiple DUI Intensive Supervision Court process will provide.”

Repeat DUI offenders will be required to appear on a frequent basis before a dedicated Judge who will review their progress or lack thereof and adjust the program as necessary to ensure a successful outcome.

The public should see improvements in traffic safety and reduction in costs to the County associated with repeat DUI offenses similar to those in other jurisdictions that have implemented Multiple DUI Courts.

This new program was made possible by collaboration between the San Mateo Superior Court and County of San Mateo partner agencies such as the District Attorney’s Office, Probation Department, and Department of Behavioral Health and Recovery Services. Funding for the program was provided by a grant from the California Office of Traffic Safety as well as a grant administered by the Judicial Council of California as part of the Court Innovations Grant Program.