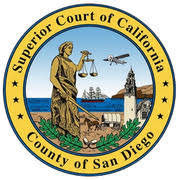 After two confirmed Mediterranean fruit flies (MFF) were trapped on the coast, County Agricultural Commissioner Fred Crowder announced that the county is officially under quarantine and that the California Department of Food and Agriculture (CDFA) in cooperation with county officials will implement a program aimed at eliminating the invasive species.

The quarantine area measures 56 square miles, bordered on the north by San Vicente Creek; on the south by Lobitos Creek Road; on the west by the Pacific Ocean; and on the east by Lower Crystal Springs Reservoir.

The CDFA’s Mediterranean Fruit Fly Preventive Release Program will drop approximately 1.5 million sterile male fruit flies from a low-flying plane over the affected area which is 4.5 miles around the two find sites on the 1000 block of Pacific Avenue and 700 block of Second Street south of Half Moon Bay.

The sterile release program has a proven track record of success in California. Sterile male flies mate with fertile female flies in the natural environment but produce no offspring. The Medfly population decreases as the wild flies reach the end of their natural life span with no offspring to replace them, ultimately resulting in the eradication of the pest. The release is anticipated to begin today, and subsequent releases will happen regularly over the next year.

MFF is considered the most important agricultural pest in the world and targets more than 250 different fruits, vegetables and nuts. Damage occurs when the female lays eggs inside the fruit, hatching into maggots that tunnel through the flesh and leave the fruit inedible and unmarketable. In California — where the fly was first trapped in 1975 — the combined 2011 gross value of MFF-related damage was more than $16.5 billion. Interestingly, the fly is considered so significant to agriculture that it only takes two male flies or one mated female to meet the regulatory criteria for an infestation.

In late November 2017, Crowder announced an extensive delimitation survey had begun in response to detection for a single fruit fly in the city of Half Moon Bay. The survey placed an additional 200 MFF traps over approximately 17 square miles surrounding the property where the initial fly was found. The second fly was caught in one such trap, leading to treatments with an organic pesticide over the past week on more than 80 properties within 200 meters of the two find sites. This round of treatments ends today, with regular treatments of these properties anticipated in the coming months.

While the County and state focus on eradicating any present MFFs, both agencies are asking residents and visitors to aid in prevention. The most common pathway for pests like the MFF to enter urban and suburban communities is by “hitchhiking” in fruits and vegetables brought back illegally by travelers returning from infested regions around the globe. Officials ask that residents do not bring or mail to California any fresh fruit, vegetable, plans or soil unless cleared by agricultural inspectors.

Residents with questions should contact the California Department of Food and Agriculture Pest Hotline at 1-800-491-1899, or the San Mateo County Agricultural Commissioner’s Office at 650-363-4700 during weekday work hours. More information about the Mediterranean fruit fly can be found at: https://www.cdfa.ca.gov/plant/pdep/target_pest_disease_profiles/mediterranean_ff_profile.html A video providing additional information on the limited organic pesticide applications within the immediate area of the find sites can be found at: https://goo.gl/R54AHP.