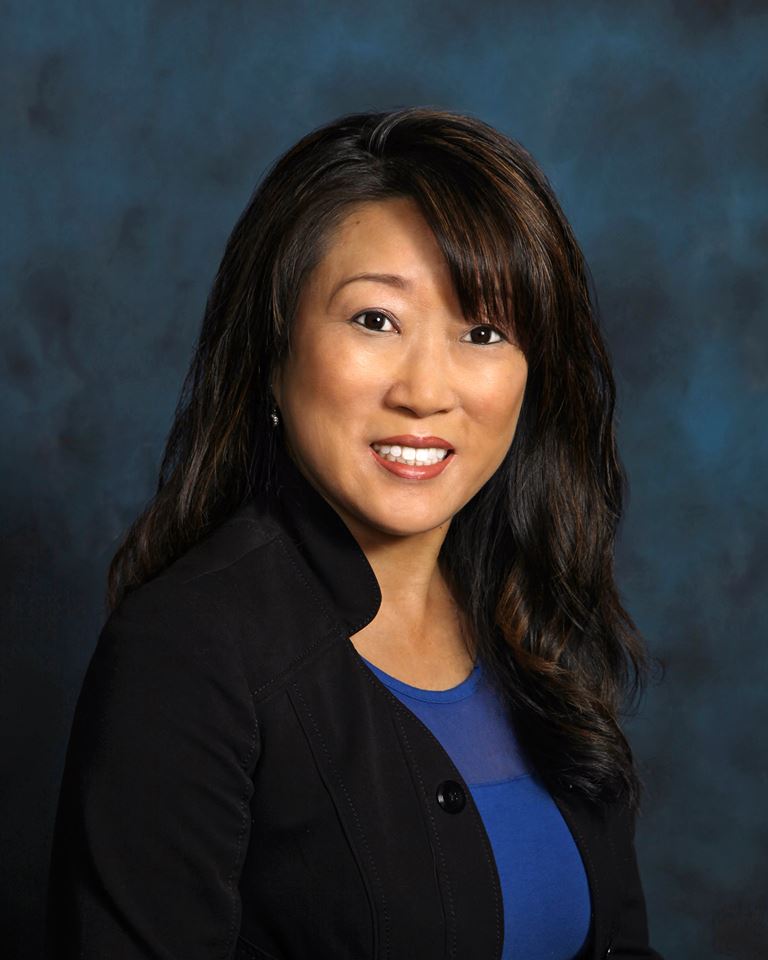 We are proud to announce our new Mayor of South San Francisco, Liza Normandy, who was sworn in last evening during the City Council re-organization ceremony. Liza is looking forward to working with our neighbors on quality of life issues in our neighborhoods along with all the other Mayoral responsibilities entrusted to her during this next year.

“It is my privilege to serve as Mayor” said Mayor Normandy “I look forward to working and coming together as a community. Be a part of change and help me make a difference, for us all.”

Mayor Normandy has proven to be accessible through her years on the City Council and during her time with the South San Francisco School District Board. You may contact her at Liza.Normandy@ssf.net or call/text 650-291-4752 to share your congratulations and/or ideas for neighborhood improvements.

Serving as Vice Mayor is Karyl Matsumoto which brings a historical moment in time for San Mateo County with two women in these leadership roles, with additional distinction both Normandy and Matsumoto are Asian Pacific Islanders. 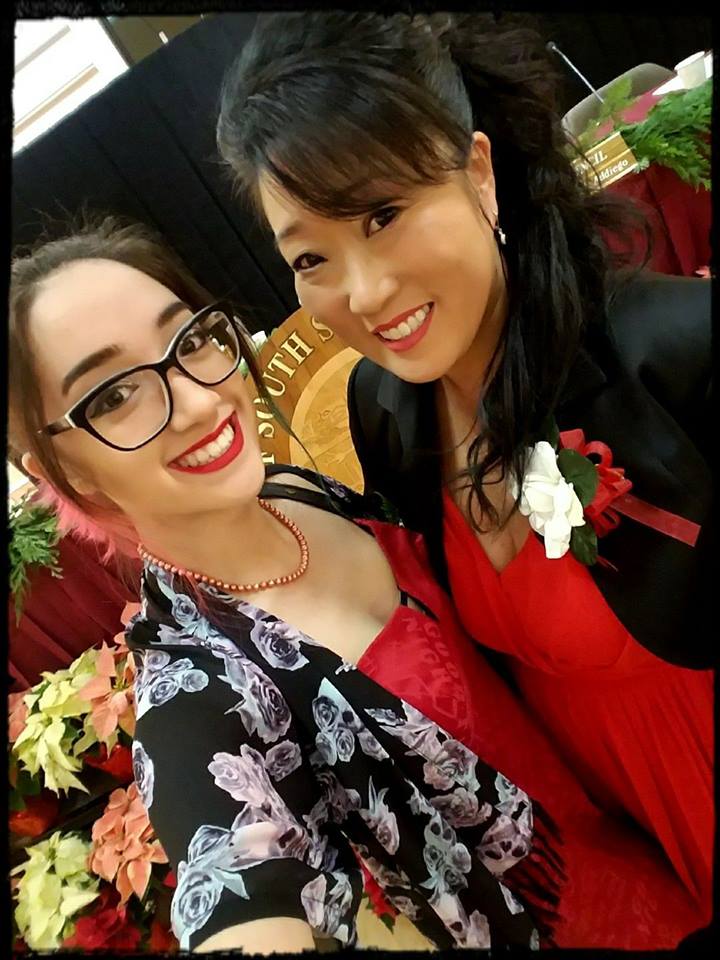 Mayor Normandy and her daughter Ariel at last evening’s ceremony.
“She’s my #1 Fan” said the Mayor 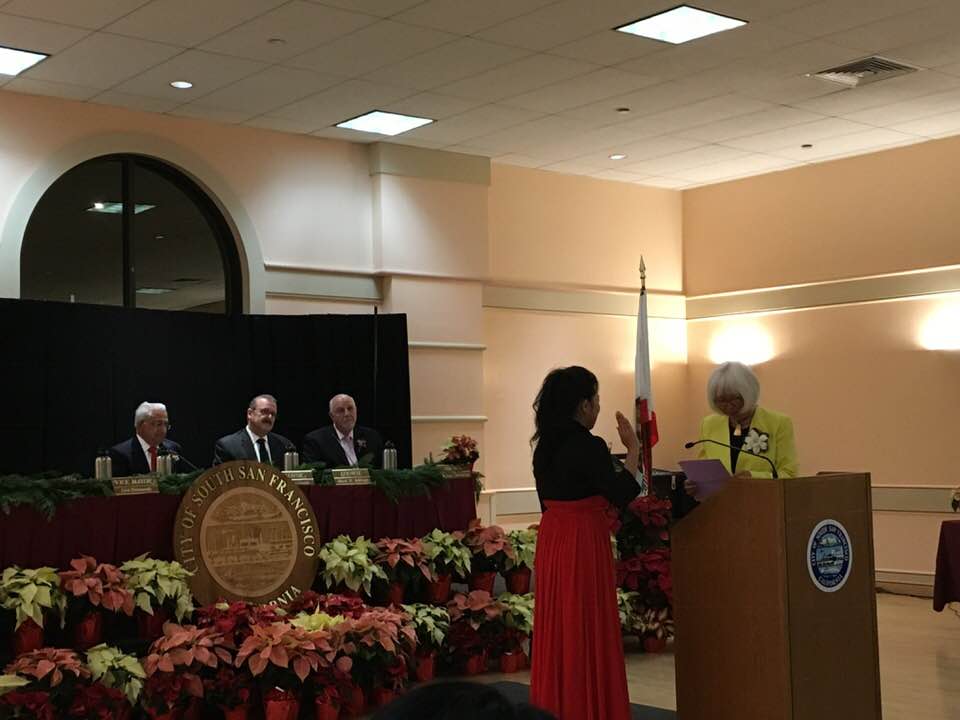 Liza Normandy being sworn in as Mayor of South San Francisco by her long time mentor and fellow council member, Karyl Matsumoto who was sworn in as Vice Mayor during the evening’s ceremony
Photo: Wayne Lee, Millbrae City Councilmember 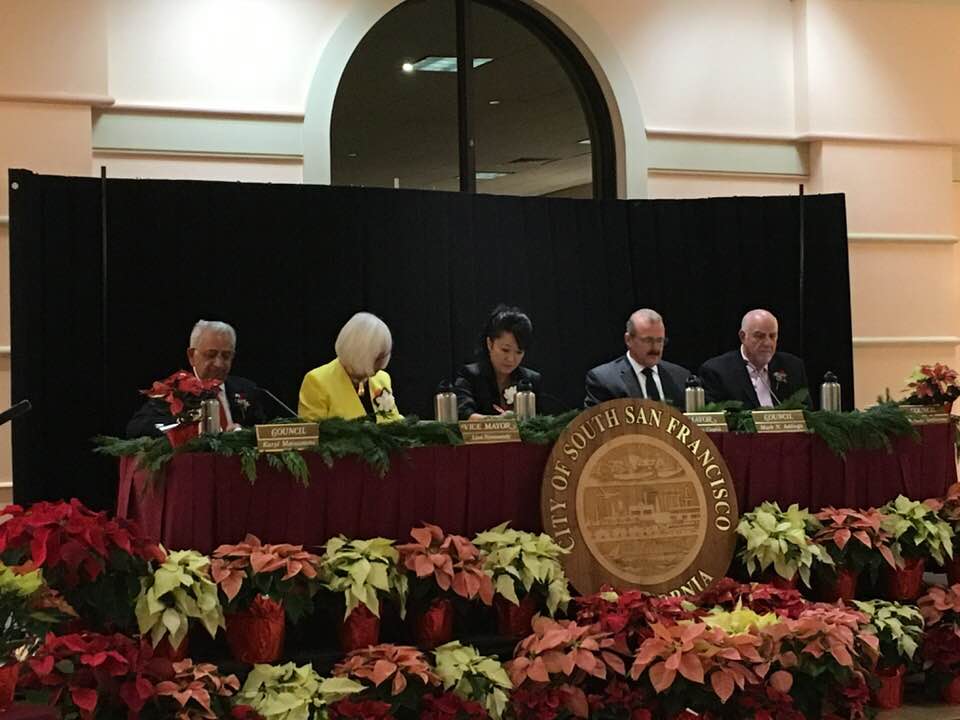