Services for San Francisco Mayor Ed Lee have been announced and will be held at the Rotunda at the City Hall between the hours of 8am and 7pm. The public is invited to pay respect to the 43rd Mayor of the City and County of San Francisco. Memorial Services will be held on Sunday December 17th at 3pm at the Rotunda. Both events are open to the public.

Mayor Lee died early Tuesday from an apparent heart attack at the age of 65 stunning communities world wide. San Francisco Mayoral duties will now be handled by SF Supervisor London Breed who has been sworn in as the 44th Mayor and will serve until a special election is held in June. 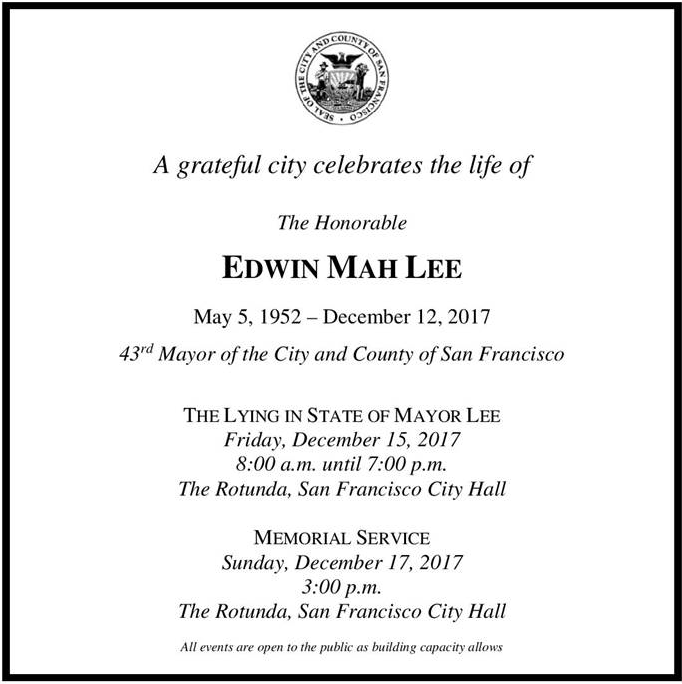 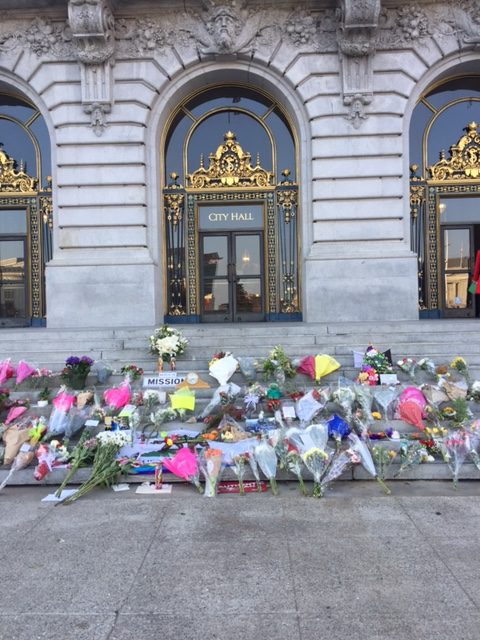