PREFACE: As part of the social media trends, Throw Back Thursday, or #TBT in abbreviated social media form, the Historical Society of South San Francisco added this great share to their FB page. 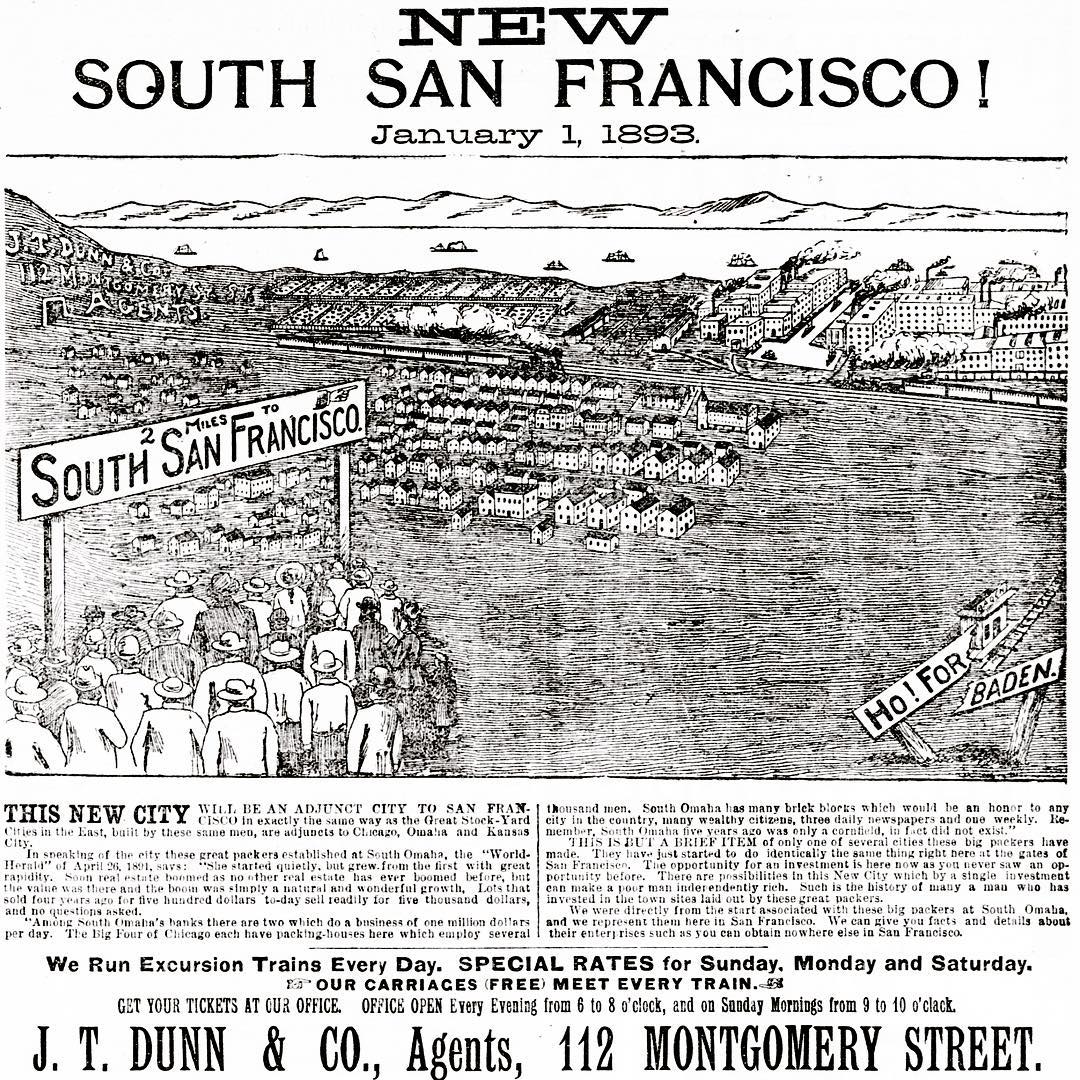 THIS NEW CITY will be an adjunct city to San Francisco in exactly the same way as the Great Stock-Yard Cities in the East, built by these same men, are adjuncts to Chicago, Omaha, and Kansas City.

In speaking of the city, these great packers established at South Omaha, The “World-Herald” of April 26, 1891 says: “She started quietly but grew from the first with great rapidity. Soon real estate boomed as no other real estate has ever boomed before, but the value was there and the boom was simply a natural and wonderful growth. Lots that sold four years ago for five hundred dollars to-day sell readily for five thousand dollars, and no questions asked.

“Among South Omaha’s banks there are two which do a business of one million dollars per day. The Big Four of Chicago each have packing-houses here which employ several thousand men. South Omaha has many brick blocks which would be an hour to any city in the country, many wealthy citizens, three daily newspapers and one weekly. Remember, South Omaha five years ago was only a cornfield, in fact did not exist.”

This is but a brief item of only one of several cities these big packers have made. They have just started to do identically the same thing right here at the gates of San Francisco. The opportunity for an investment is here now as you never saw an opportunity before. There are possibilities in this New City which by a single investment can make a poor man independently rich. Such is the history of many a man who has invested in the town sites laid out by these great packers.