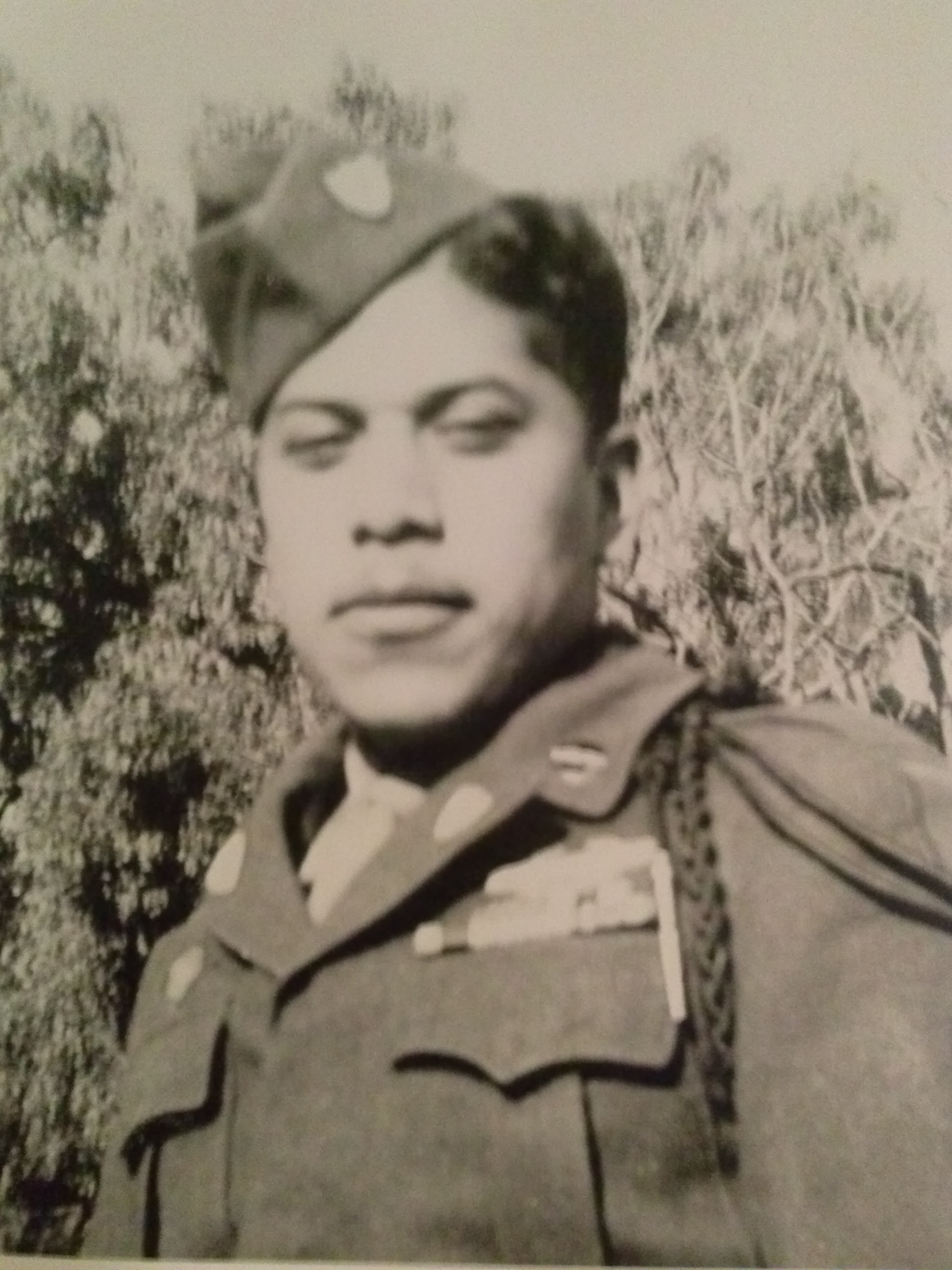 Simon Basques served in Army Unit Big Red 1 during WWII and received multiple medals for his accomplishments. He still has family in South San Francisco today.

Simon Basques was born in Anita, Montana on February 29, 1924 to Richardo Basques and Conception Samudio. Simon was preceeded in death by both of his parents, several of his siblings, and his youngest twin daughter Veronica. Simon entered into rest on January 2, 2018 at 93 years old.

Simon was in the army. He was in the Unit called the Big Red 1.  He fought at the Battle of the Bulge, landed in Normandy and helped free France, and was in the Hand-to-Hand Combat in Germany. The unit Simon was in is called the Big Red 1. As is depicted by the large red number 1 on the shoulder patch of the uniform. It is the oldest military unit in existence; it was formed during the Civil War and is still in existence today. Simon holds several metals of honor, one being the American Campaign Metal; European African-Middle Eastern Campaign Metal; Good Conduct Metal; Bronze Star Metal; and the World War II Victory Metal.

Simon related a story to his eldest twin daughter Virginia stating that he was on a ship to Japan to fight overseas when the ship’s captain heard the Japanese surrendered. Simon said the ship did a U-turn and returned to harbor and shortly thereafter, he was discharged from duty.

Simon married Angela Guerra in February of 1945, they had seven children together. Simon was an aircraft mechanic for 47 years at the San Francisco International Airport.