Early this morning sky gazers were treated to a very rare occurrence; Super Blue Blood Moon. While full moons are common, a second full moon in the same 28 day cycle is not quite as common and adds the word Blue – as once in a blue moon. When the moon is especially close to earth, as it was early this morning, we have a supermoon. Add to that a moment in time when there is a total eclipse of the moon and you have a blood moon. For all these to occur at one time is indeed rare with the last reported Super Blue Blood Moon seen in North American in 1866

South San Francisco’s Mel Ellison, an avid photographer, was wide awake while most of us were sleeping, to capture these amazing shots at 3:30A.M. or 3:48A.M. to be precise. While waiting for the bewitching hour, Mel made good use of his ability to shoot the sky and an earlier evening shot with a Southwest plane in the forefront was appreciated by a welcoming audience. Patience and skill awarded Mel with some incredible pictures which he has shared with us. 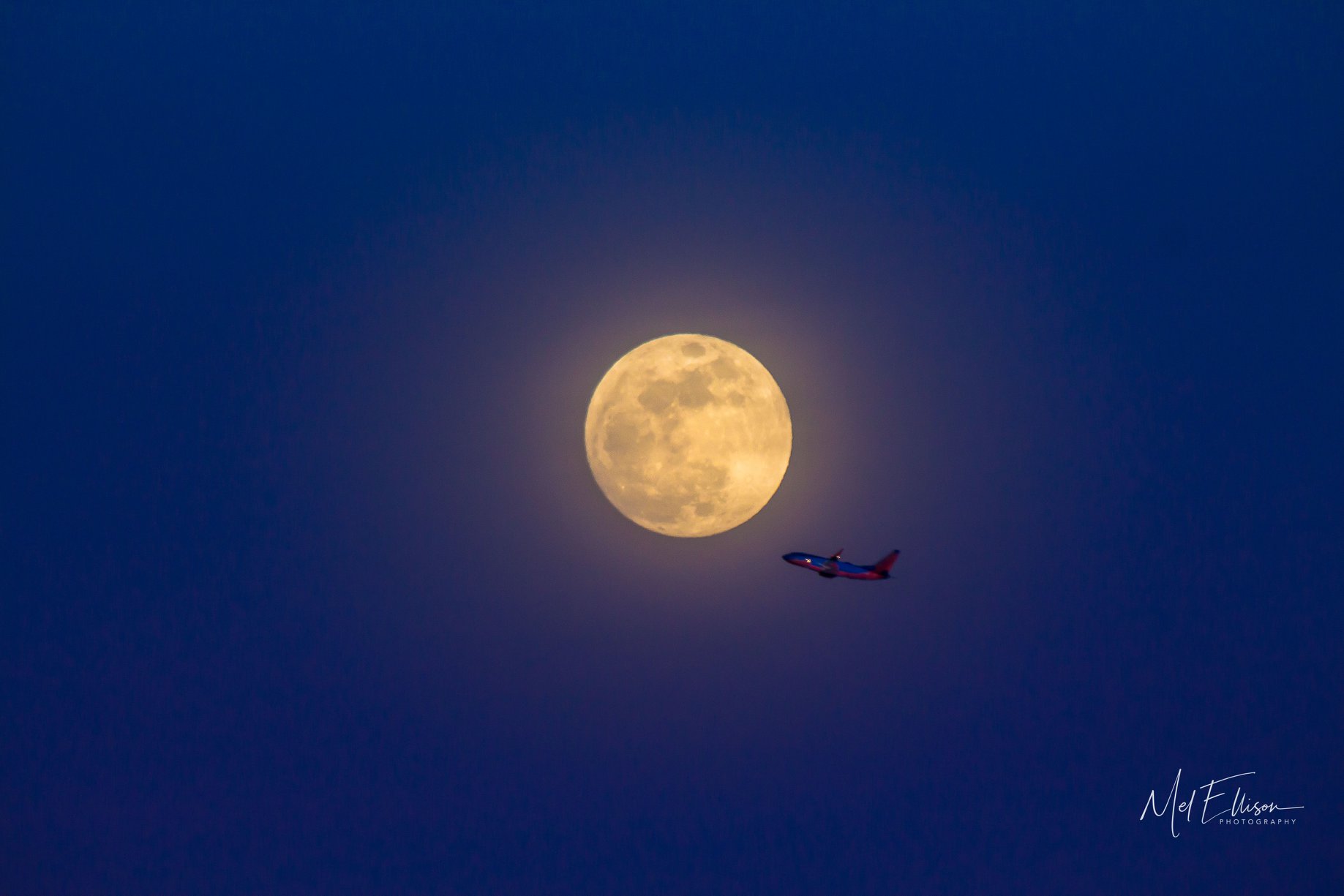 A shot of tonight’s rising full moon…..a Supermoon as well as a Blue Moon……with a jet from SFO on takeoff. Photographing tomorrow’s early morning eclipse is up next…..Mel wrote in the early evening.

“I took multiple shots with the aperture set on f8.0 while trying many combinations of ISO/shutter speeds. I’m using a Canon 100-400 telephoto lens.”
Mel said 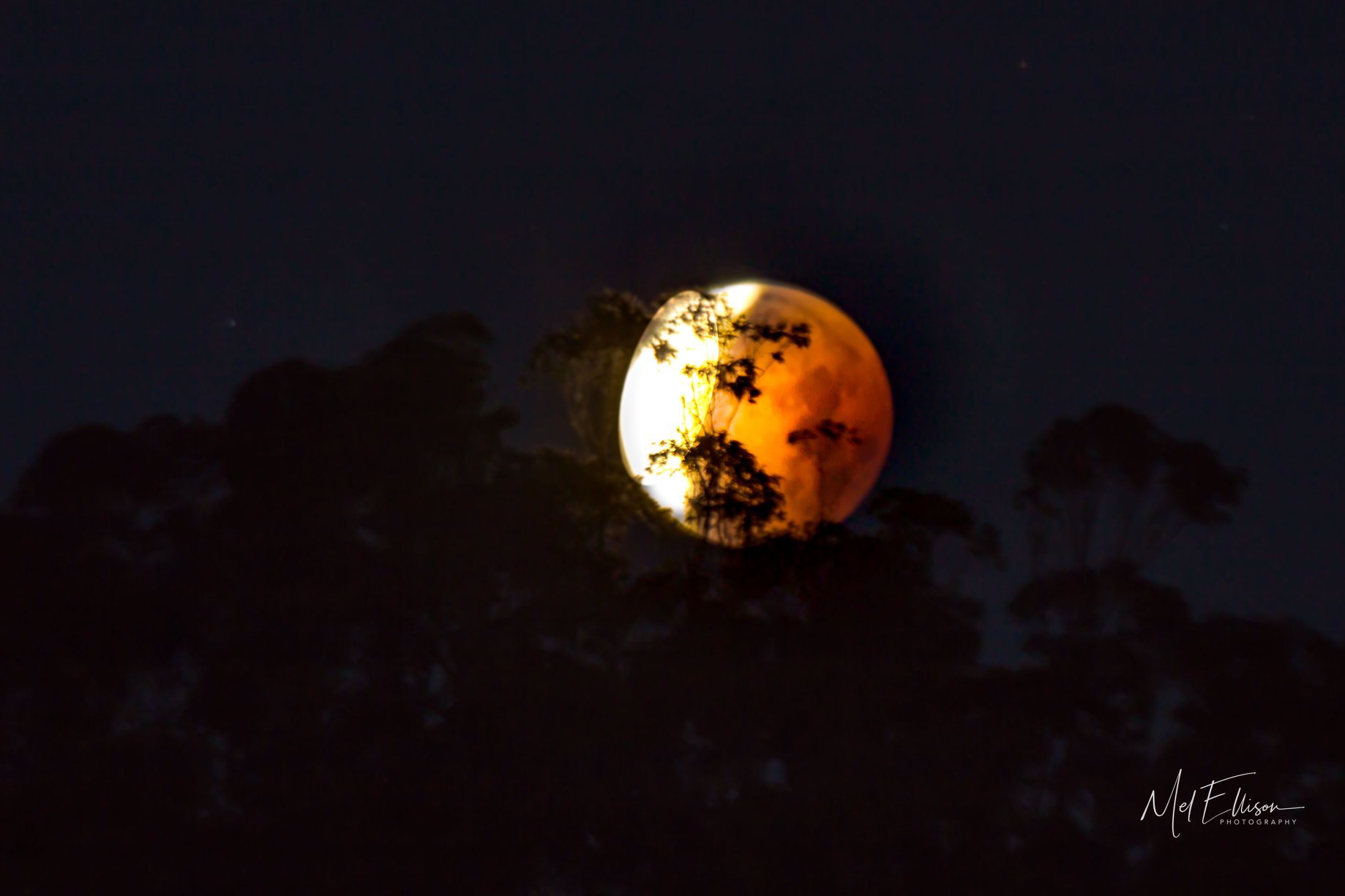 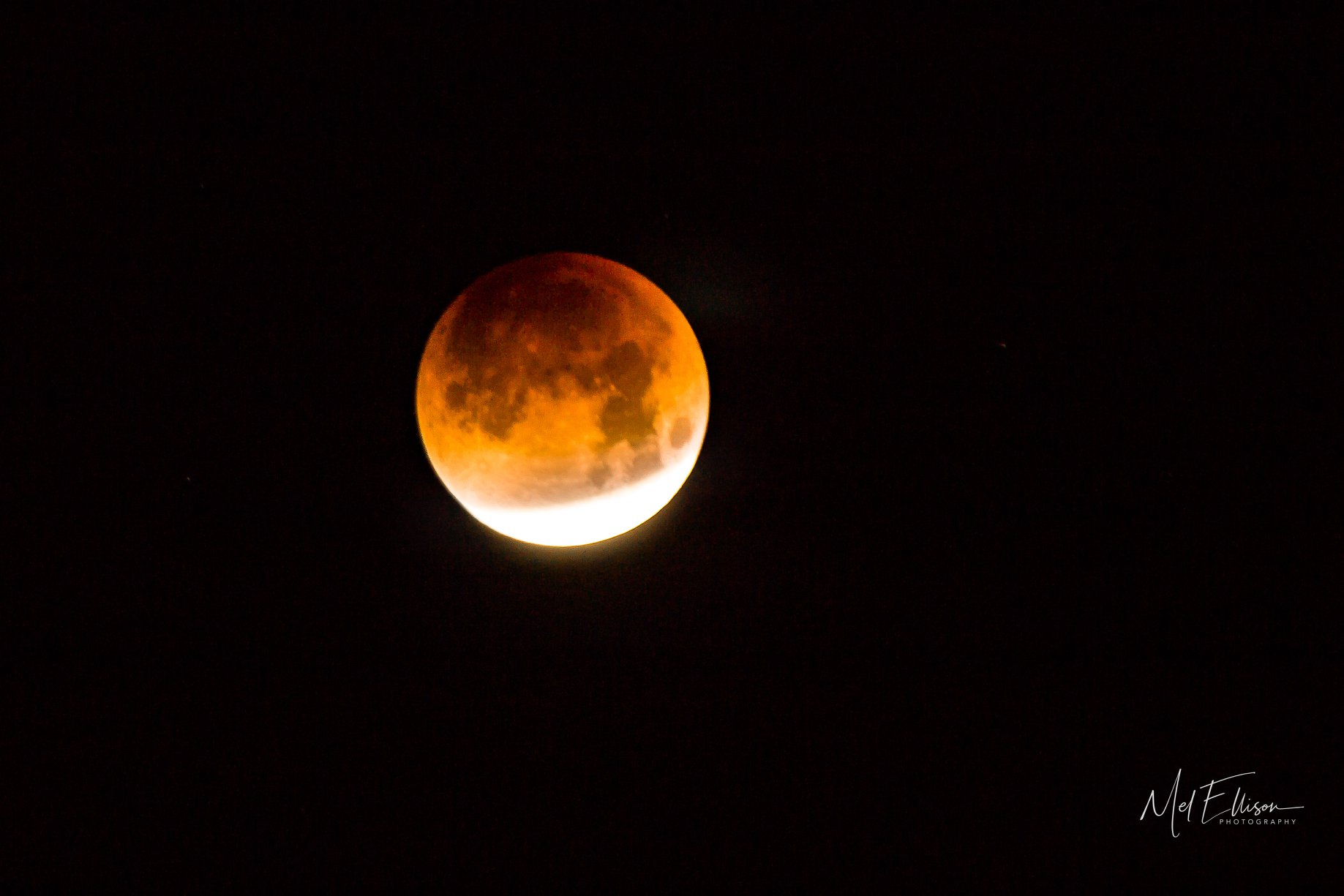 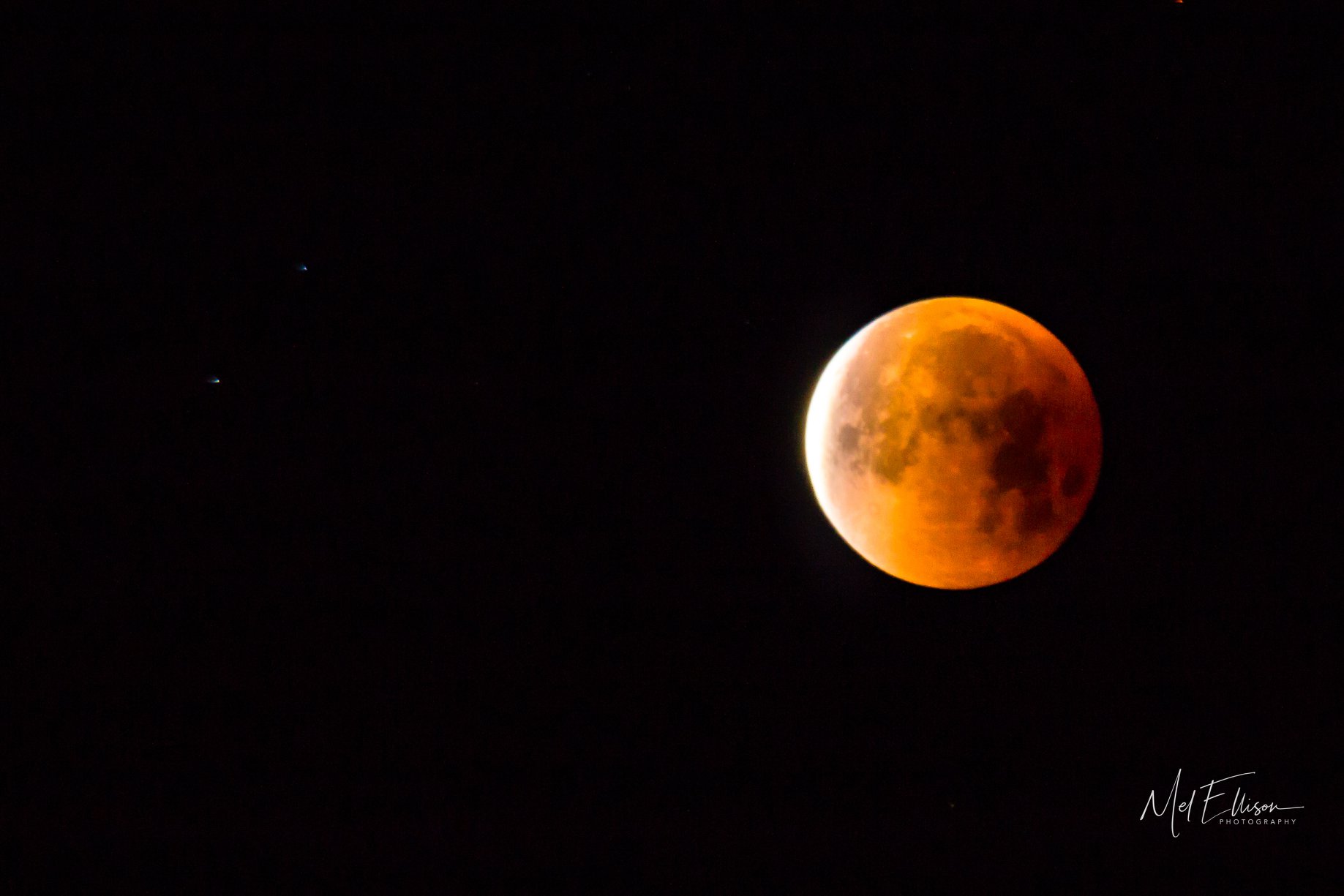 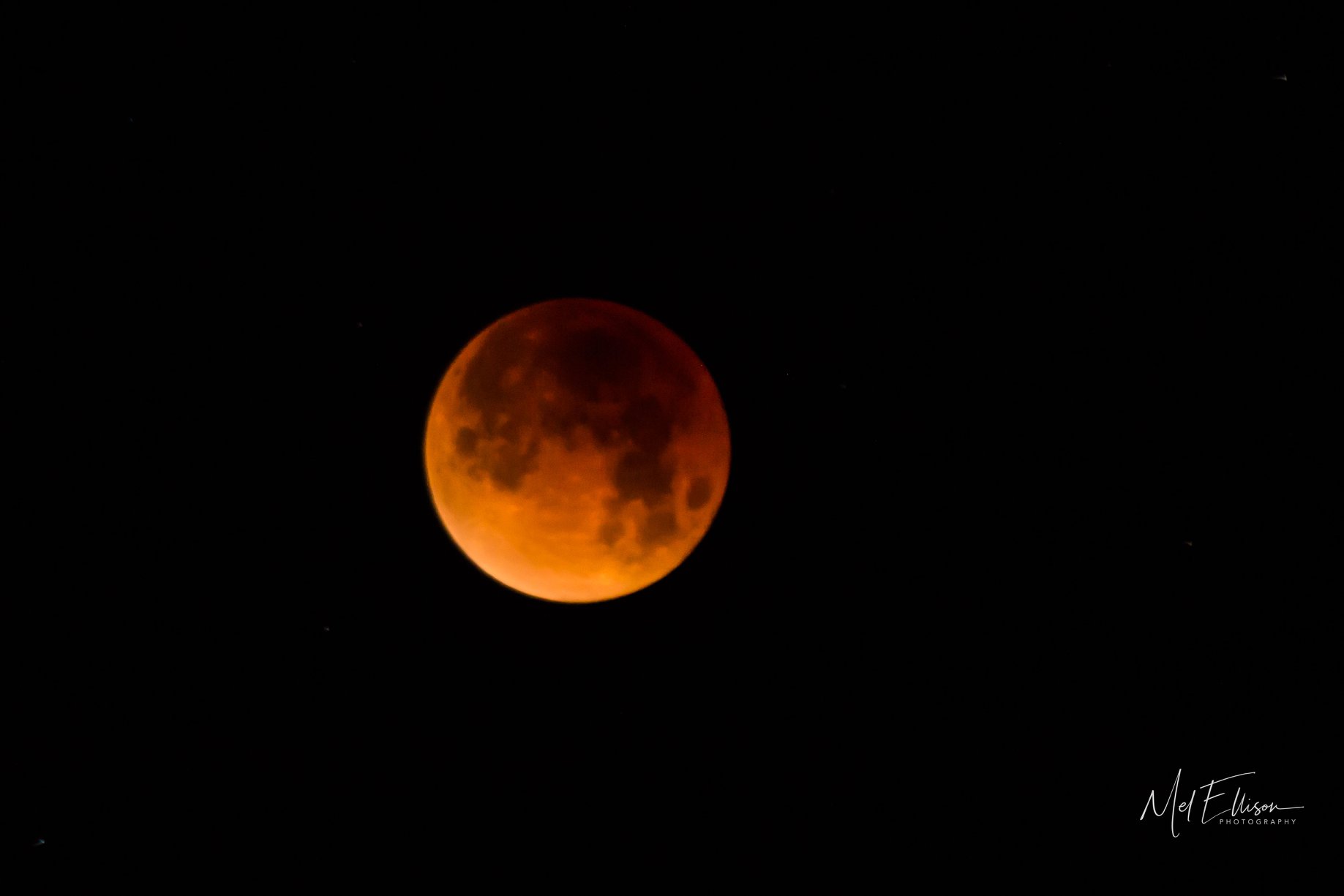