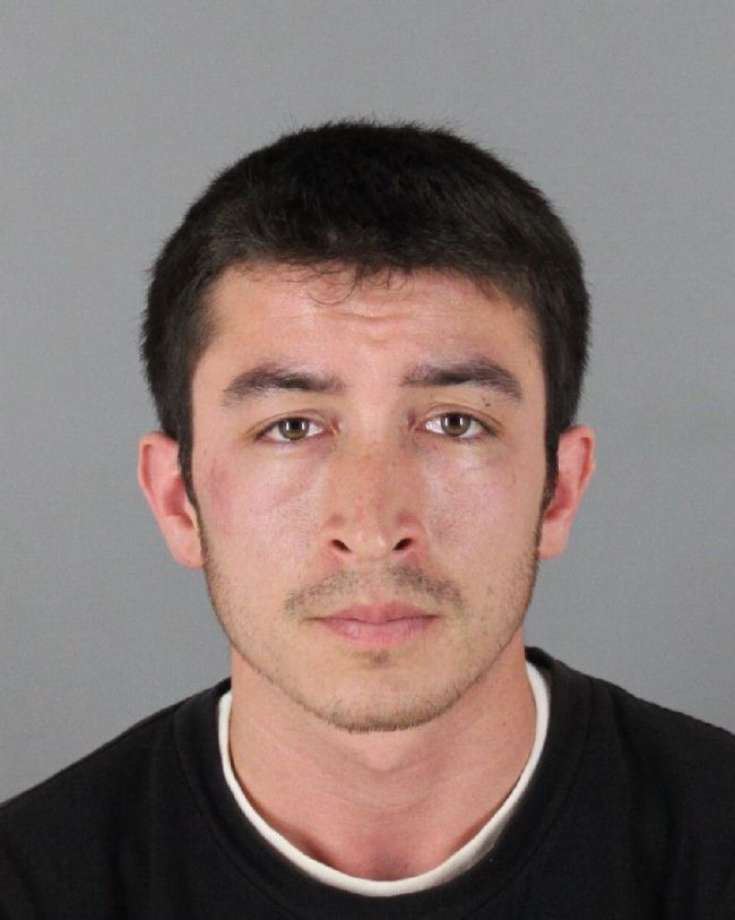 COLINDRES IS CONSIDERED ARMED AND EXTREMELY DANGEROUS. IF SEEN, DO NOT APPROACH. CALL 911 IMMEDIATELY.

On April 27, 2016 officers responded to a shooting on the 1000 block of Terra Nova Boulevard. It was determined a 25 year old woman had been shot in the head by Ricardo Colindres, a 25 year old transient, formerly a resident of Brisbane. The victim was transported to a local hospital for treatment.

Ricardo Colindres remains at large. He is described as a 28 year old Hispanic male, 5’-5” tall, 125 pounds, with brown hair and brown eyes.

An arrest warrant has been issued for Colindres for two counts of attempted murder and attempted kidnapping in this incident. The Pacifica Police Department is working in concert with the U.S. Marshal’s Service in our efforts to locate and apprehend Colindres. He has family in the Brisbane area, as well as the areas of Lodi and Burson, California. He is also believed to frequent the area of Las Vegas, Nevada.

Anyone with information regarding the whereabouts of Colindres is asked to call the U.S. Marshal’s Tipline at 1-800-336-0102 or the Pacifica Police Department at 650-738-7314. Colindres is considered armed and dangerous; if seen call 9-1-1.

UPDATE: Please note that while this crime took place in 2016 this is a current release from the Pacifica Police Department as this is an on-going investigation that must be solved. Thank you for sharing the word. – ED 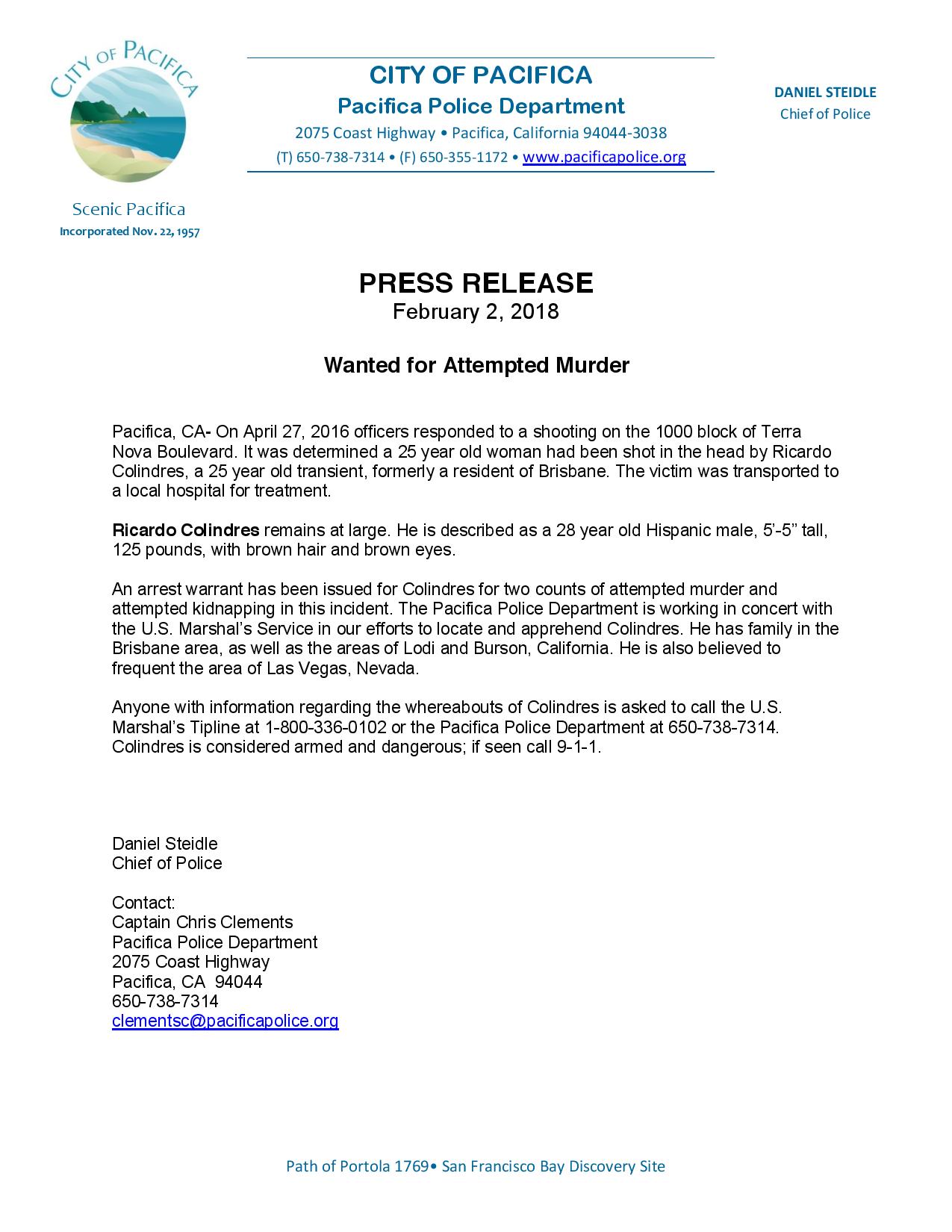