A little excitement in Winston Manor tonight as a police chase ends in the pursued vehicle hitting three parked vehicles outside my house. Note to self: do not take curve in front of my house at 60+ miles per hour. 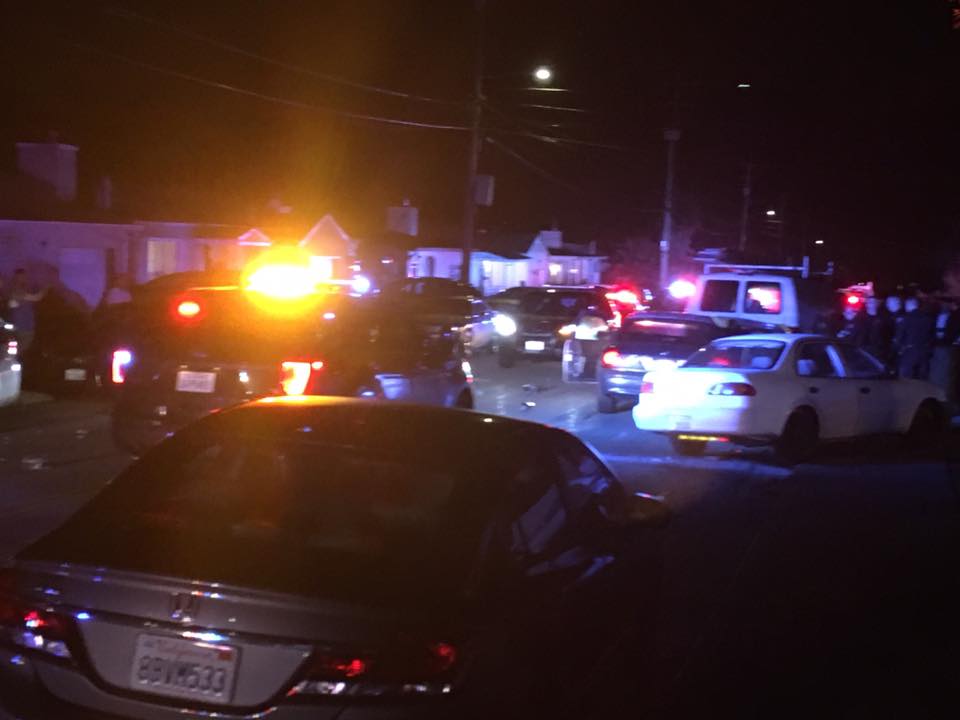 Unknown what the want was. I wasn’t going to get in the cops’ way to ask.

More details: I heard a siren first, then a car accelerating up the street and saw small car out window, followed closely by the PD car (unk if SSF or Colma — SSFPD responded, but Colma officer was taking witness statements). Heard tire screech then series of impacts. They apparently tried to turn right from Duval into Arlington, hit a parked car on opposite side of street, then over-corrected and hit another parked car on near side before finally stopping as they hit back of a parked van.

I was out the door in three seconds and saw officer ordering a woman at gunpoint to stay where she was, then take off running after another car occupant who’d run off. The officer (female) came back less than 90 seconds with the runner (also female). In handcuffs.

Someone (apparently Rick Ruano’s son) came by while the officer was chasing the runner and helped a 50-ish bearded man out of the pursued car, which was smoking. About this time, the mass of backup arrived and everything calmed down. 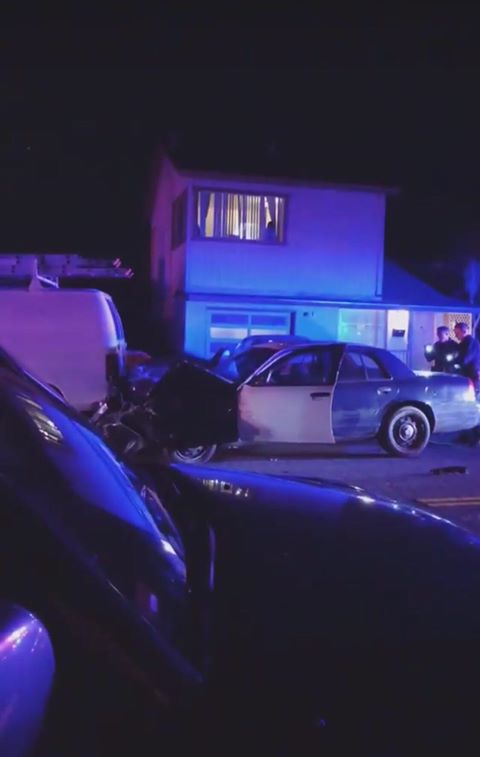 Another neighbor messaged us with this photo

We will update with the police report when it is available.