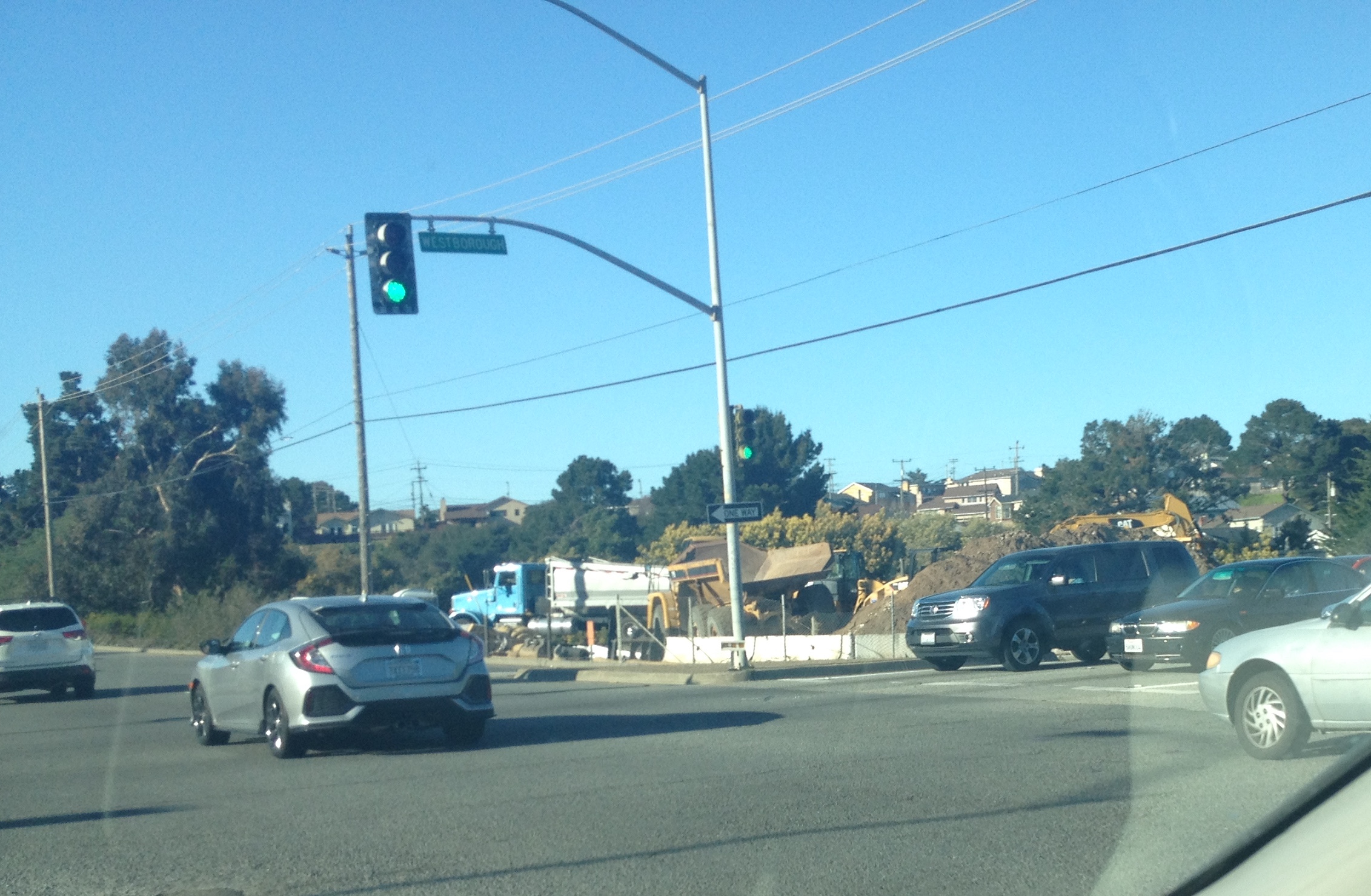 Repair of a sink hole is the answer we finally found when a long time South City resident asked us what was happening at the corner of Junipero Serra and Westborough. A drive by showed heavy equipment at work and City offices directed us to the County of San Mateo as this area is unincorporated and falls under their jurisdiction. “The last information we have on hand goes back to 2012 regarding a proposed 102 unit low income senior housing, yet nothing more after that initial contact” City offices told us.

The County did not have a response for the current work being done yet did respond with the information from the 2012 proposed project, which caused us to go back to our City department where we finally received the correct information. It is concerning that the roadway is filled with warning signage as the work is done yet neither agency had updated information readily available. And it is important to continue pressing different departments until correct updated information is received.

To their credit, the City of South San Francisco has upped their game in public outreach regarding construction updates by way of emails and updated website posting.

Billy Gross, SSF Senior Planner was able to offer this information “The work is for emergency storm drain repairs that were necessary due to a slide that occurred. Attached is a pdf powerpoint from a presentation that Public Works gave the City Council at their Feb 14th meeting.”  Today the City sent out this notice “A sinkhole developed in late January under the shoulder and bicycle path of the northbound lanes of Junipero Serra Boulevard. The City hired Interstate Grading and Paving to perform the repairs, which should be complete in one month.”  Completion of the necessary repairs should be completed in a month, per the City.

Long time commuters in that area may remember the sink hole that developed kitty corner from this location over a decade ago as the area is known for multiple underground springs.

To keep current with most construction in our City CLICK HERE

UPDATE The City has also reported work being done on ECR between Country Club and Spruce by See’s and Walgreens where Caltrans is repairing a sinkhole.

“They have remedied the sinkhole and now a new drain inlet will be installed sometime within the next week. Following that, the asphalt repairs will occur on the road. These repairs should take approximately another two weeks, weather pending.” – Leslie Arroyo, Communications Director SSF