Brother and sister, out enjoying what was to be a wonderful day took a traumatic turn when they were both savagely attacked at the Oakland BART station suffering major injuries. Mr Foster is still in critical care. The family has started a Go Fund Me account as they reach out to neighbors to help them. Please CLICK here to make a donation, offer words of comfort and support, and please do remember them in your thoughts and prayers. 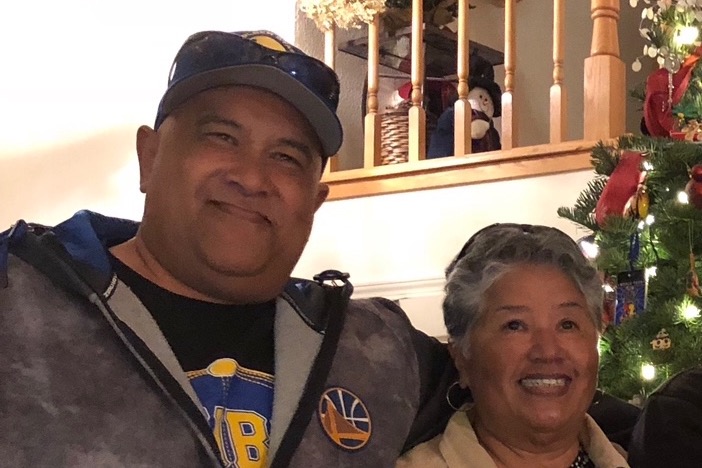 On behalf of my family I would like to share with you that on Saturday, April 7, 2018, my aunt and uncle (brother and sister) were the victims of the horrific and senseless act that took place at the Oakland Coliseum BART station.

Their day started on a very happy note – as big Warriors fans, they were excited to be going to watch the Warriors play their final home game at Oracle Arena. As most people do they utilized the Bay Area Rapid Transit system (BART) to take them directly to the game.

Unfortunately, things took a turn for the worse, as their enthusiasm turned to complete horror. My aunt and uncle were harassed by a disgruntled passenger during the ride. When the train arrived at the Oakland Coliseum BART station, this crazed man viciously attacked both with a hunting knife at the fare gates even as they attempted to avoid an altercation.

My aunt was stabbed in her head. My uncle, while trying to protect his sister, was stabbed ten times, one of which punctured his heart. He is in critical condition recovering from the stab wounds, heart surgery, and fractured ribs. My aunt received over 100 stitches and is unable to see in one eye. She has been discharged from the hospital and is now left with a large scar from the laceration on the side on her face that will remind her of this day for the rest of her life, along with the trauma of what happened to her and her brother.

As it is strongly engrained in our culture to protect and take care of the ones you love, my uncle did so fearlessly that day by protecting his big sister. We are thankful for his courage and bravery and now it’s up to us to do the same for him. My aunt and uncle are wonderful individuals who lead simple lives. They did not deserve this. No one deserves this. This terrible act of hate could have happened to anyone, unfortunately, it happened to them. Their lives, our family, will be forever affected by this unprovoked crime, fueled solely by hatred. We as a family would like to share their story with hopes of bringing the community together to assist my aunt and uncle on the road to recovery and help with any of their medical and living expenses as they rebuild their lives.
Thank you for all your prayers and support.