Residents of South San Francisco came together on Memorial Day to honor those who made the ultimate sacrifice giving their lives while serving in our US Military, to remember each soldier allowing the next generation to come to a fuller appreciation that our freedom really is not free. The procession started at South San Francisco fire station after visitors had the opportunity to enjoy breakfast cooked by Firefighters before heading to Orange Memorial Park. The procession included Mayor Liza Normandy, Mayor Pro Tem Karyl Matsumoto along with other elected officials and City staff. 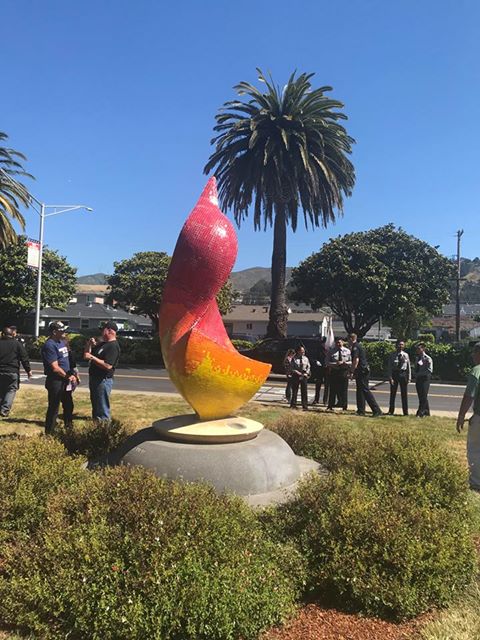 The Eternal Flame was the destination of the Memorial Day Procession.
Photo: Evangelina Saldaña

The parade reached the Eternal Flame at 10am at which time the presentation took place amidst the sobering sounds of the bagpipe and while all war heroes were acknowledged, those named below are from our great City.  Honor Guard and Pipes were presented by the South San Francisco Fire and Police Departments with the Pledge of Allegiance by Mayor Normandy. The National Anthem was performed by Ponderosa Elementary School sixth-grader Mariano Valentin Gonzalez with guest speakers Honorable Quention Kopp (retired) US Air Force Captain 1952-1954 and Al Banfield Retired/Bronze Star, US Army, Staff Sergent, Vietnam, 6th Battalion, 31st Infantry and Josh McFall CA Army National Guard, Sergent, 2632nd Transportation Company. Close and Taps was performed by Dr. Mark Barradas and Isaac Montellano.

South San Francisco resident Evangelina Saldaña shares many photos from yesterday’s events which can be seen below the photos of our fallen heroes. CLICK HERE to see the video provided by Ms. Saldaña

It is said a person dies twice; the first time when they take their last breathe and a second time when we stop saying their name.

These brave souls deserve to live on in our memory and to that end we are sharing these photos from the Historical Society of South San Francisco and ask that you take a moment to look at each photo as you say their names. We are forever grateful for their sacrifice, may they rest in peace. 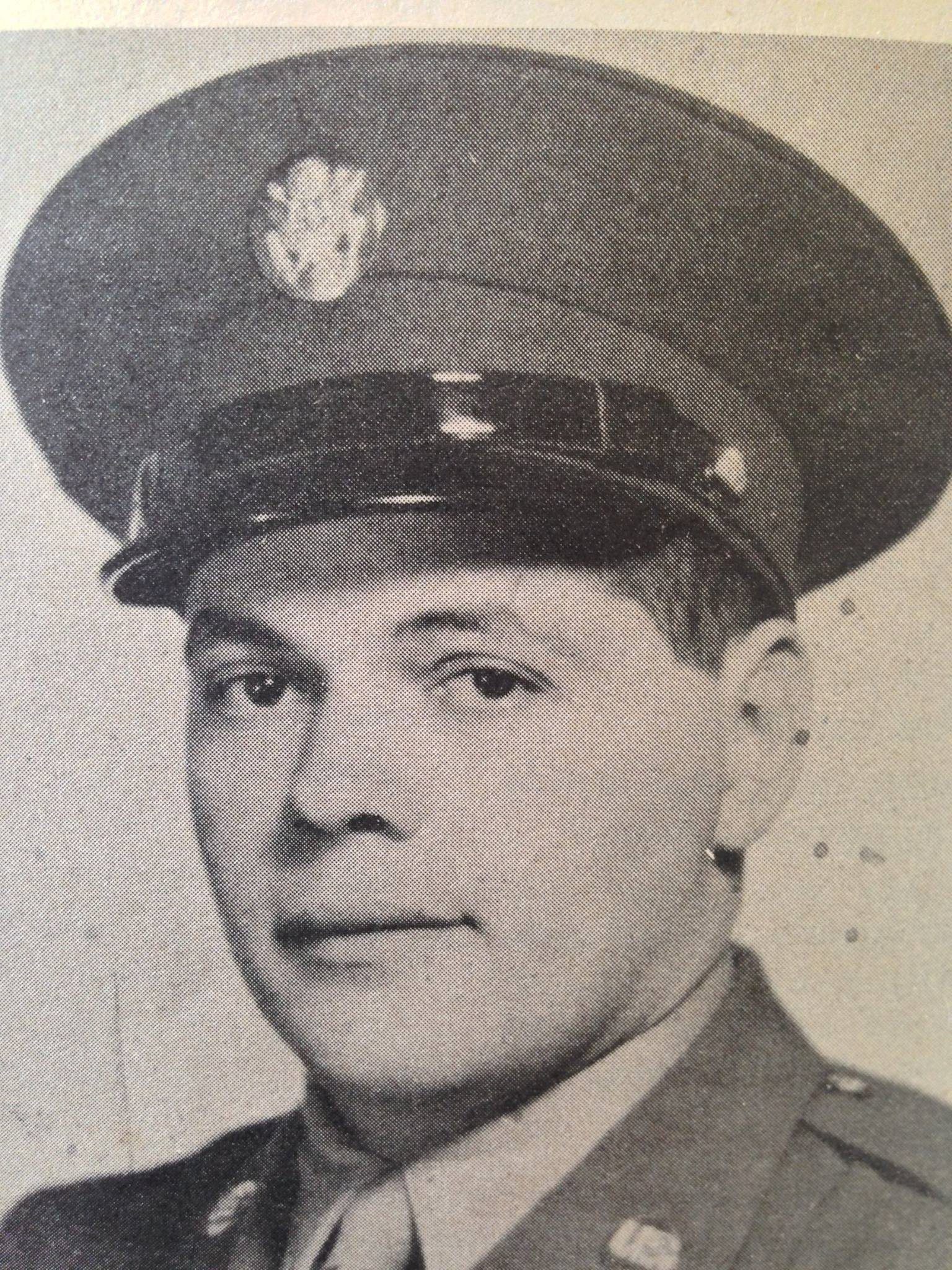 RICCI, Albert – killed in action in Italy on April 19, 1945. Albert was one of three sons of Mr. and Mrs. P. Ricci of Baden Avenue in the service of our country. He had served for three years, the last one in Italy where he met his death. Sergio Ricci is in the USNR while Gini Ricci in the Army, was wounded in Germany on March 15, 1945. He is now in a hospital in England. Another son of Mr. and Mrs. Riccie, Evaldo, is employed at Swift & Company plant in this city. 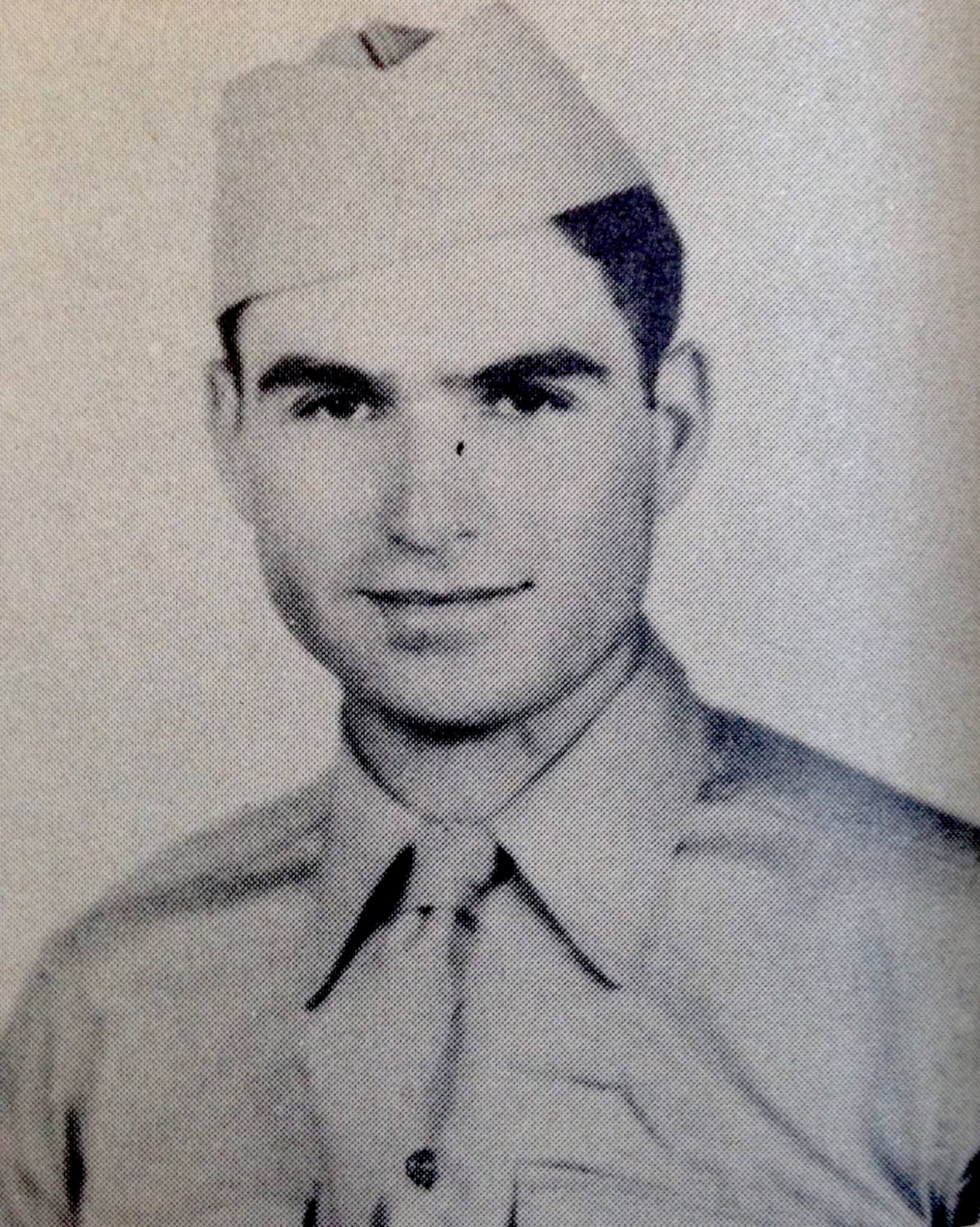 BELLI, Alexander “Biggy” – son of Mr. Calisto Belli of 350 Baden Avenue who lost his life on Okinawa. His father received word that his son had been “killed in action” on May 31, 1945 on the Island of Okinawa. Biggy, 27, had been in the service but eight months. He trained at Camp Roberts, was sent overseas, wounded in action at Okinawa, recovered, went back into battle and was killed all in that brief period of time. Before entering the service he was employed at Swift and Company. His wife, Mary, and four-year old daughter, Judy, reside in San Francisco 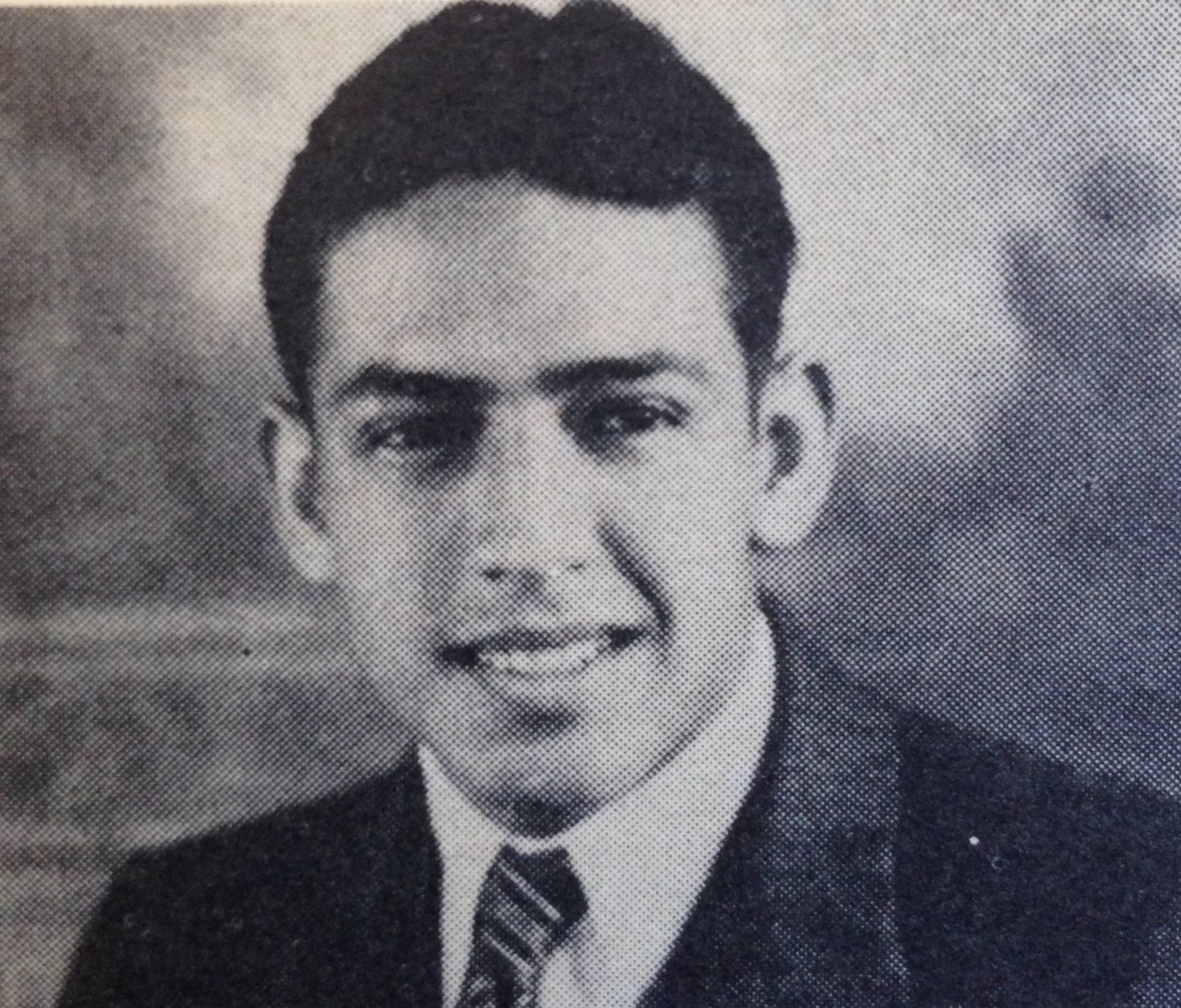 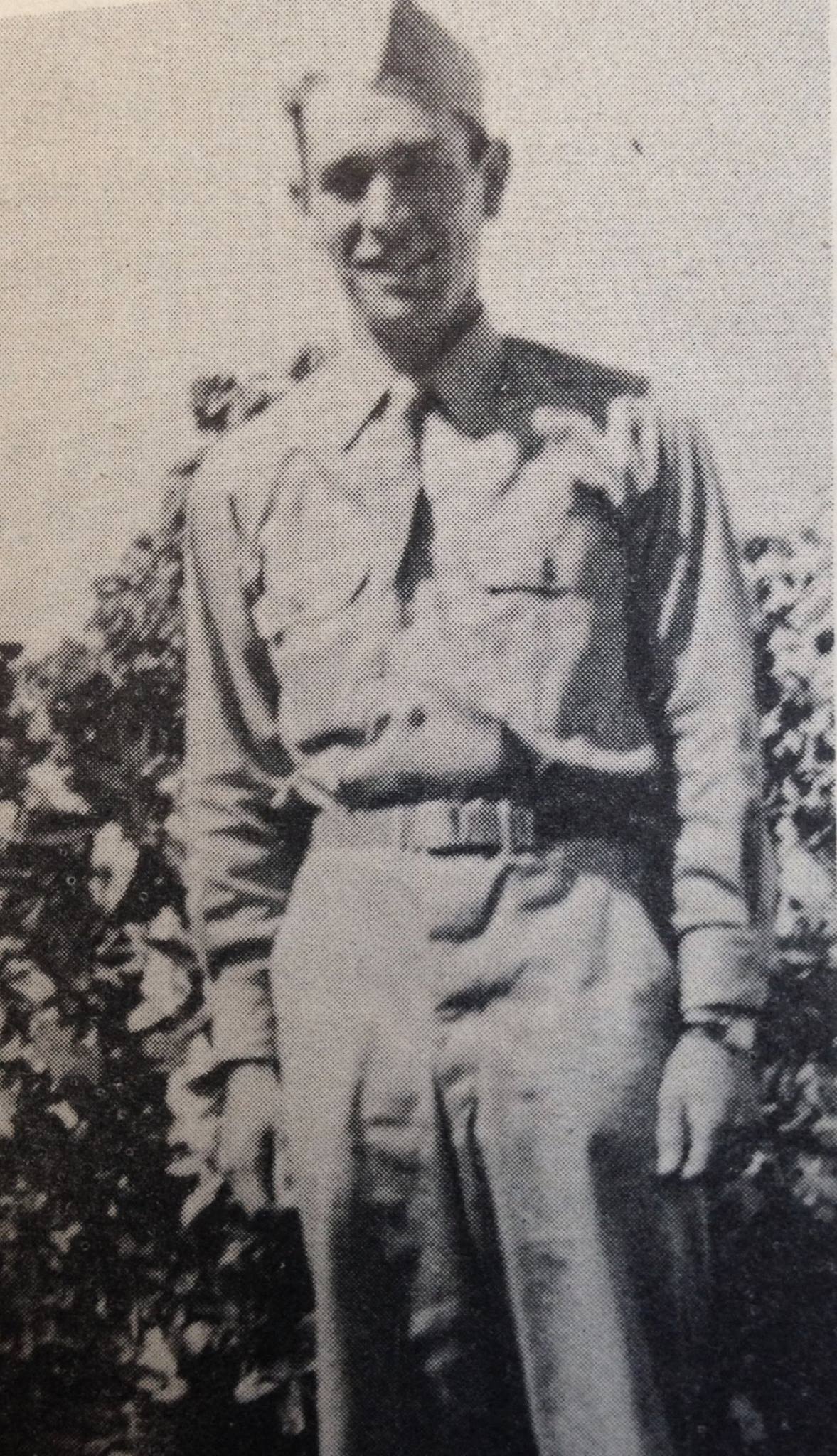 NOMELLINI, Angelo – son of Mr. and Mrs. Angelo Nomellini of 806 Grand Avenue. Angelo lost his life by drowning at Hollandia, Dutch New Guinea in October 1944. He was born in this city and attened schools here and would have been 23 in November, 1944. “Angelo is another of our boys whose loss will be distinctly felt,” was the sorrowful remark of G. Carl Weller, schools superintendent. “He was always well-mannered and gentelmanly, always cooperative and well-loved by his fellow students.” An outstanding basketball and baseball star, he was missed when he graduated with the Spring class of 1939 and then worked at Western Pipe and Steel before being inducted into the Army. 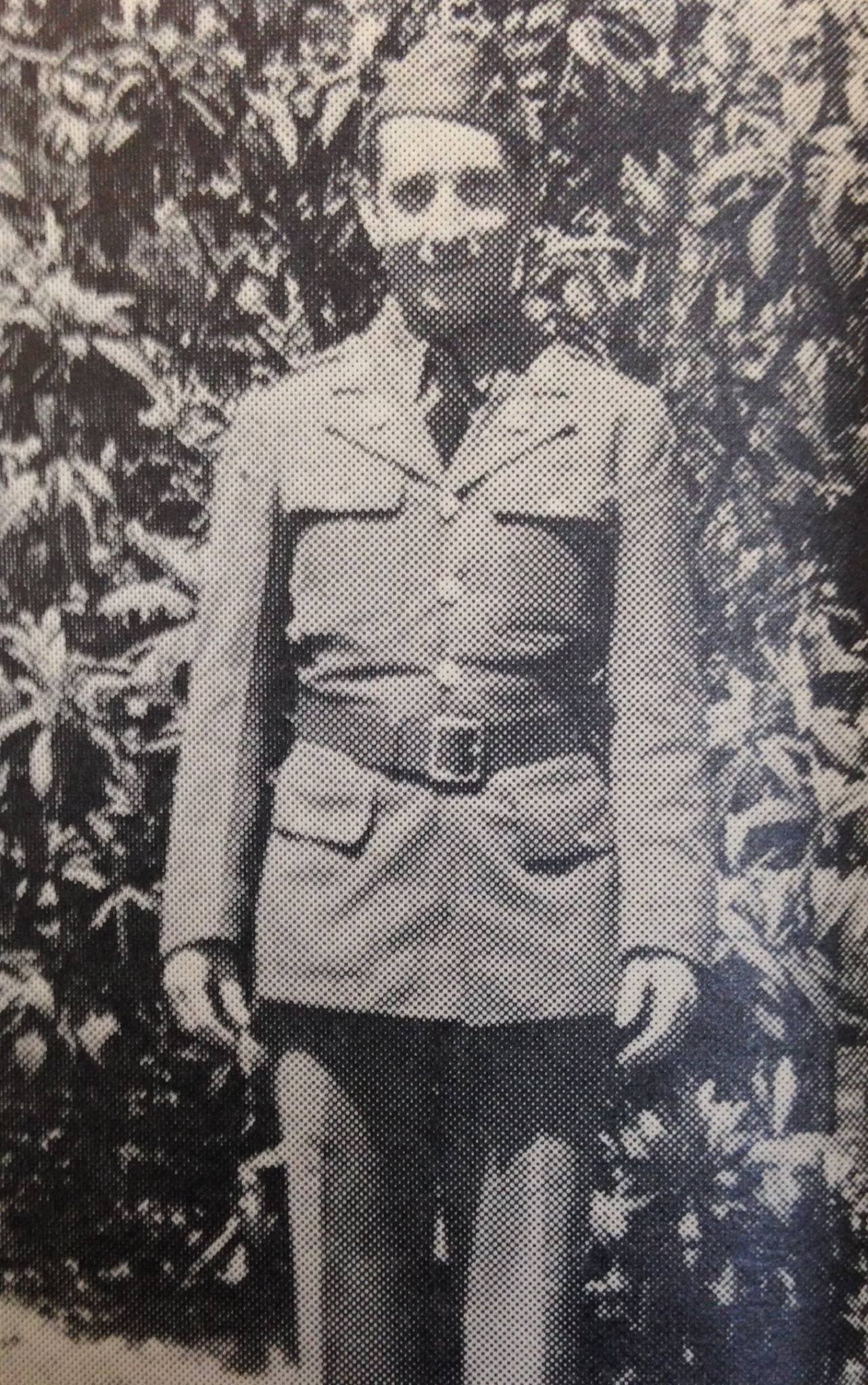 CATTALINI, Armand – one of the six sons of Mrs. Maria Cattalini of 611 Commerical Avenue who entered the service. Armand was report “Lost at Sea” in May 1944. 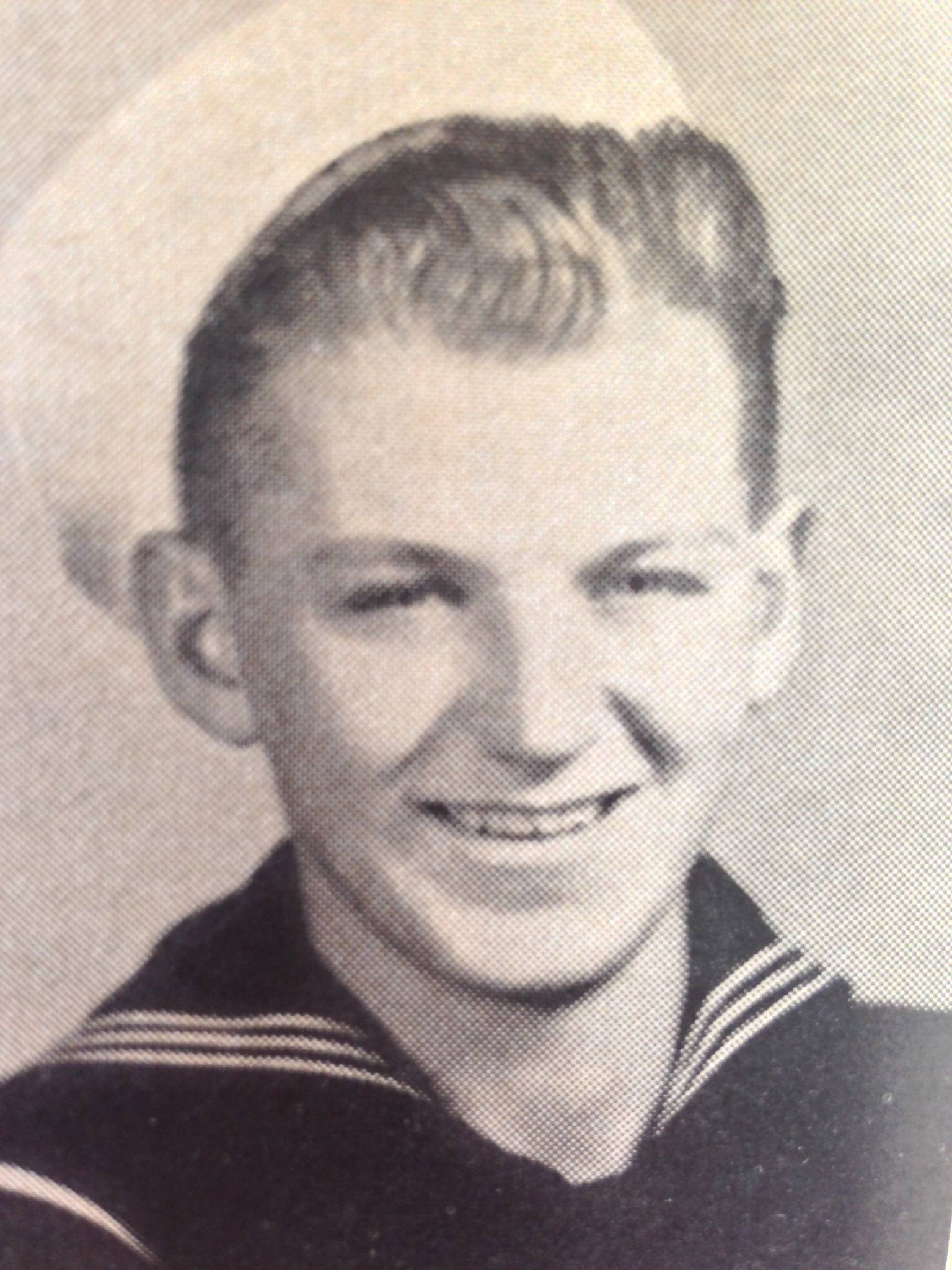 ANDERSON, Carl Richard – 18-year old son of Mr. and Mrs. G.A. Anderson of 122 Knoll Circle, was reported lost in action by the War Department. The young man was on his first voyage into the South Pacifc war zone, assigned to the Liscombe Bay. The Liscombe Bay, escort carrier, was sunk November 24 off Makin Island, and was the only United State war ship lost in the Gilbert Islands. 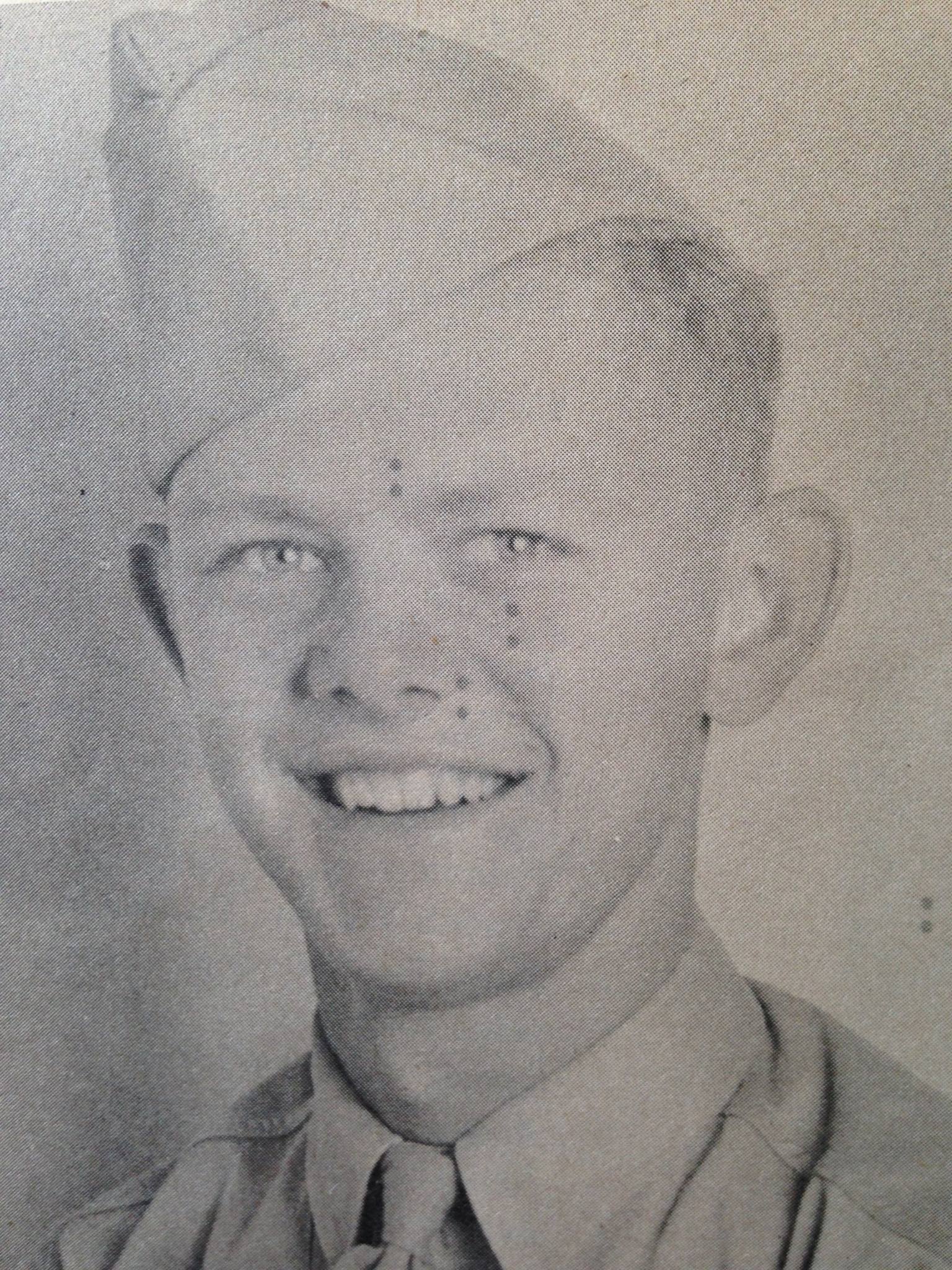 ST. LOUIS, Franklyn – Word of his death in the service of our country was received by his wife, Virginia, at the St. Louis home, 201 Acacia Avenue Saturday evening, October 14, 1944. A telegram read “PFC. Franklyn F. St. Louis was killed in action of Morotai Island on September 23, 1944.”
He is survived by his parents, Mr. and Mrs. Frank St. Louis; his brother, Lt. Howard St. Louis who is in the Air Corps Communications Division of the Army; three sisters, Mrs. Marjorie Coffin, Mrs. Anna Rose Castonia and Alice St. Louis.
He was a graduate of the local high school and has lived here all of his life previous to his Army career. His wife is the former Miss Virginia Riddell, daughter of Mr. and Mrs. Homer Riddell of 609 Olive Avenue 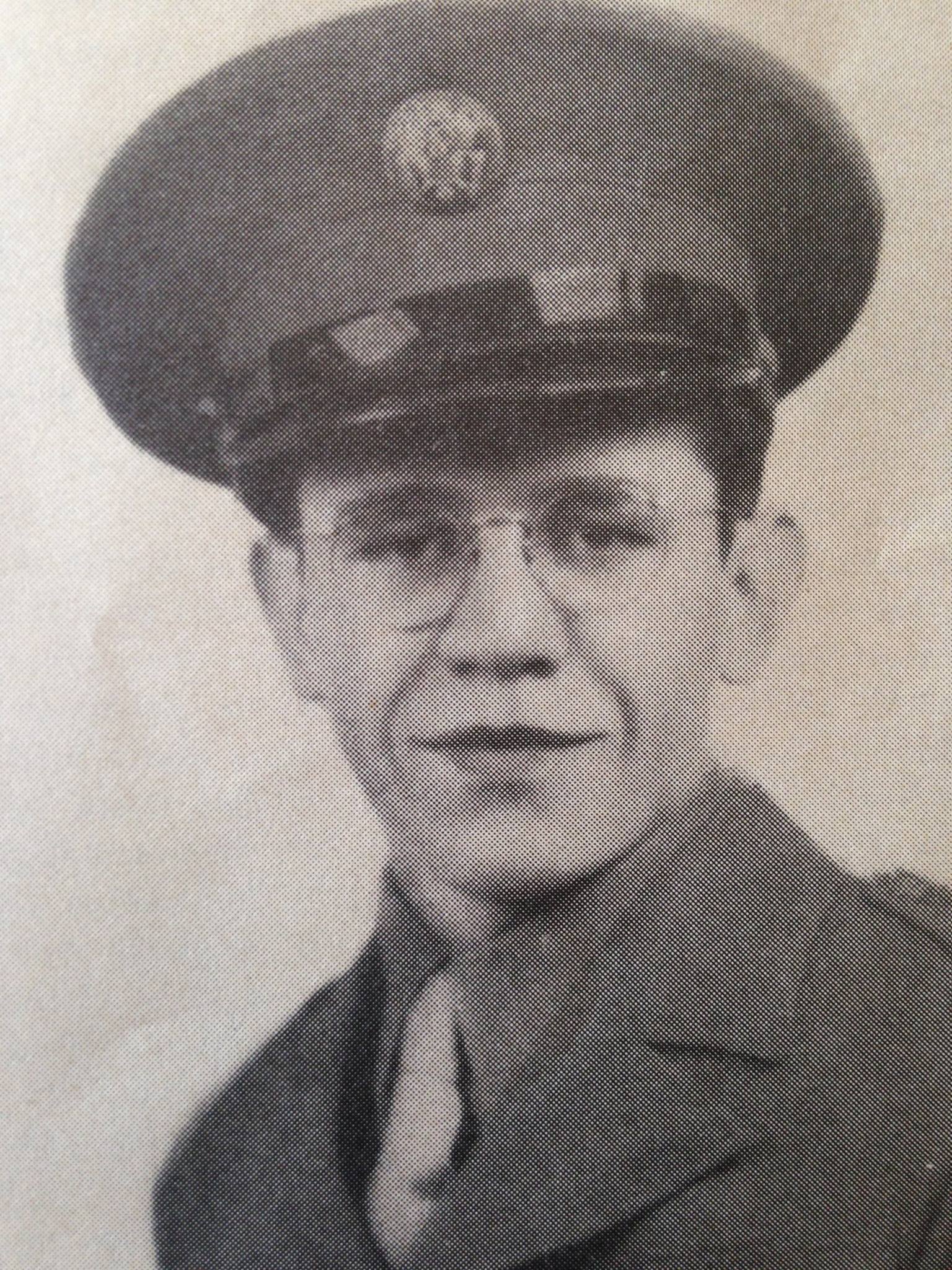 FONTANA, John Jr. – 19 “killed in action while in the service of his country at Bougainville on March 19, 1944.” Johnny was the first South San Francisco boy to meet death on the field of battle in World War II. He died a hero’s death. His memory is a shine in our hearts.
Recently his parents, Mr. and Mrs. John Fontana of Railroad Avenue, received a parcel fromt he U. S. War Deparment containing the Purple Heart and a letter explaining how Johnny had won it. He gave: “Not as a ladder from Earth to Heaven, not as a witenss to any creed, but simple service simply given to his own kind in their common need.” — 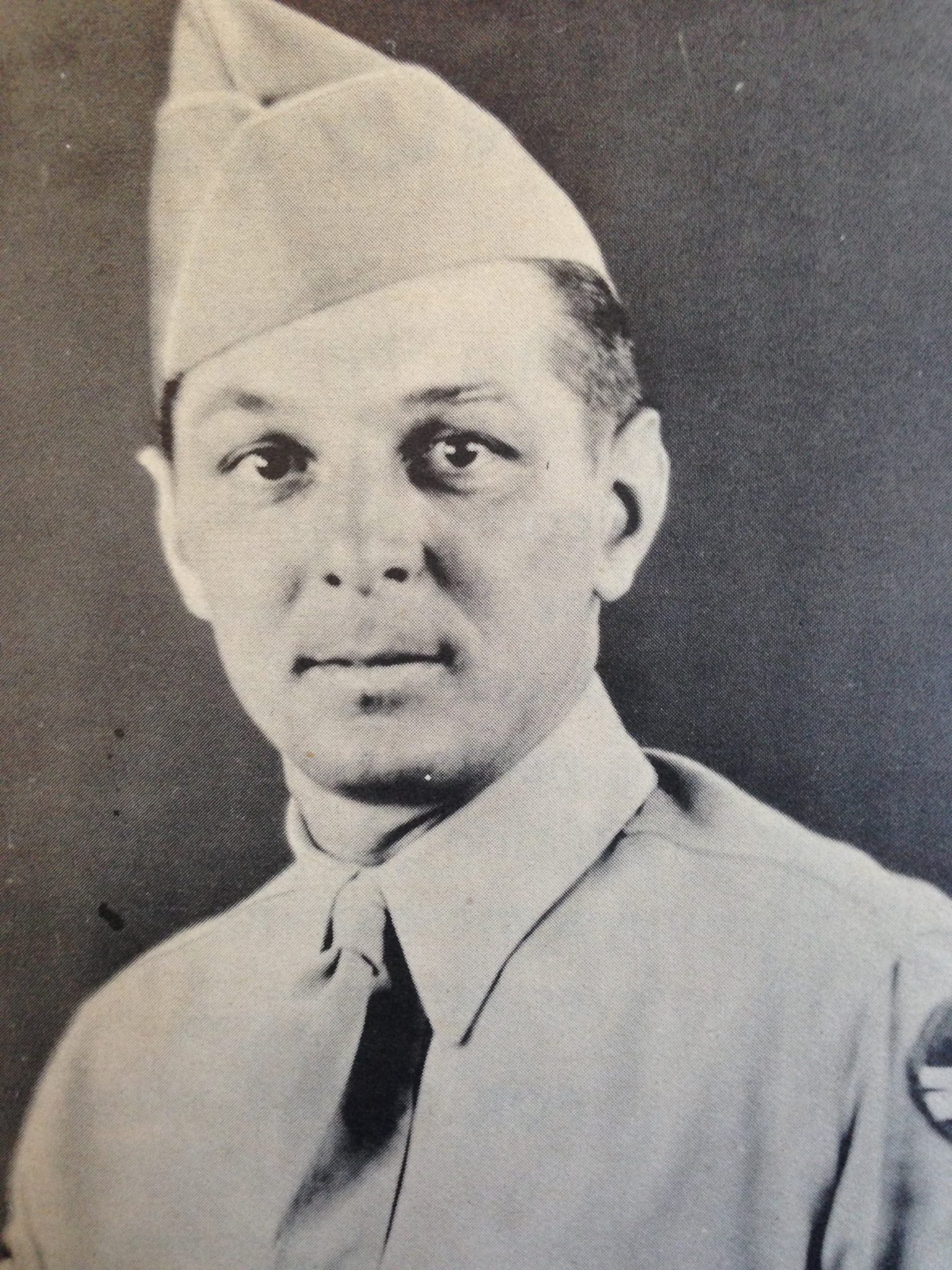 ANGIOLINI, Leo – son of Mr. and Mrs. E. Gianni of 572 Baden Avenue, He paid full price for our freedom on the blood-stained battelfields of Germany. “Killed in action on November 20, 1944, somehwere in Germany” was the message received by his mother Monday evening, December 4, 1944, on the second anniversary of his entrollment in the Army of the United States. Angiolini was raised in South Sa n … 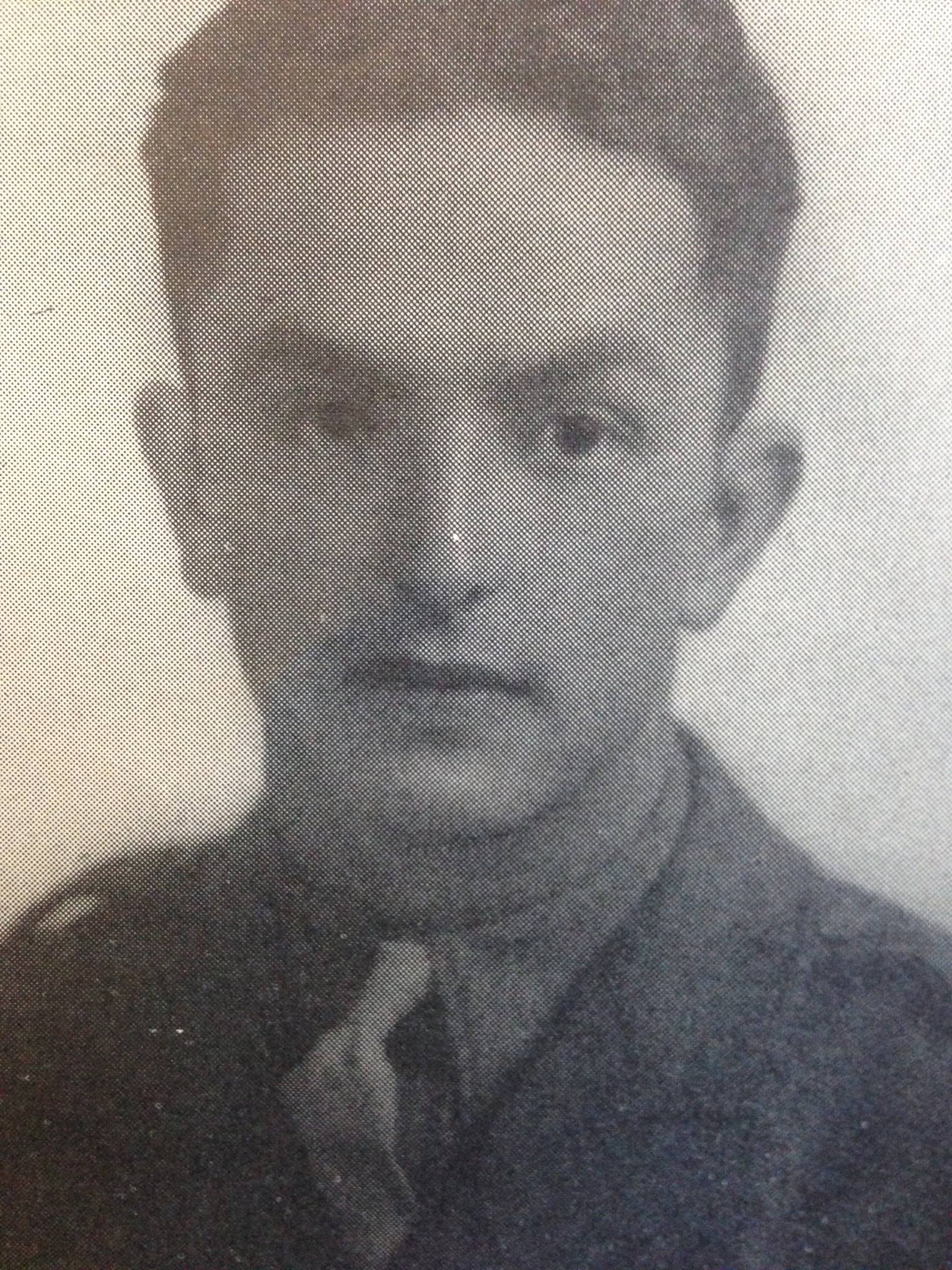 MOYA, Sergio – son of Jesus Moya and the late Maria Moya of 613 Cypress Avenue. His section leader called him “the best damned paratrooper in our company.” Sergio was killed in action shortly after D-Day when he took part in the paratroopers raids in occupied France. German Gonzalez commented “His father was a barber who cut my hair. Sergio was a member of my father’s Mexican Drum and Bugle Band.” 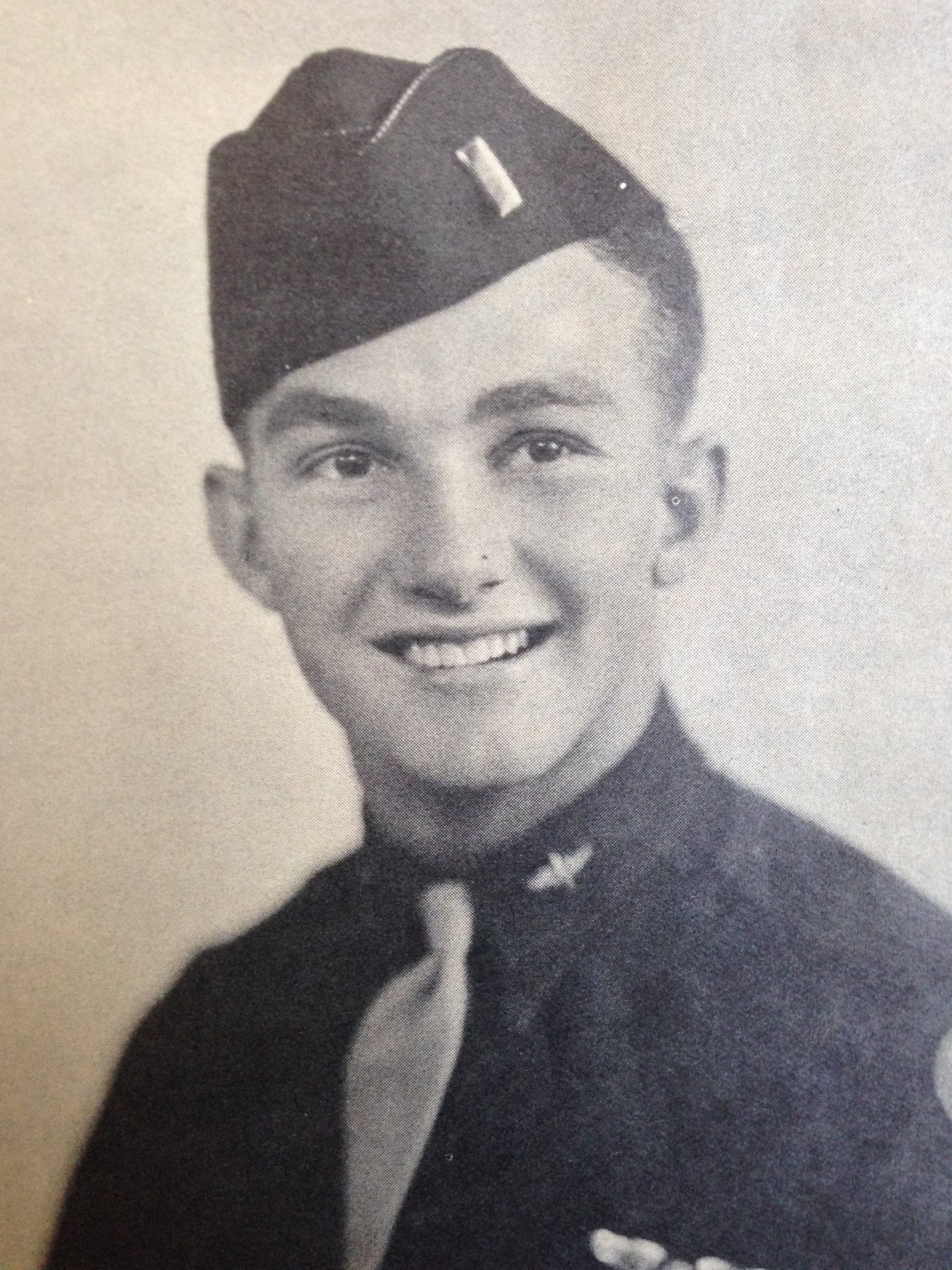 PETROFF, Victor S. – whose tragic death July 1, 1944, shocked the community. The young lieutenant met his death when the automobile in which he was a passenger collided with another car in a head-on collision at an intersection at Upland, California. A graduate of class of January, 1940, of the South San Francisco High School, he entered University of California and had almost completed two years there when he was called by Uncle Sam. 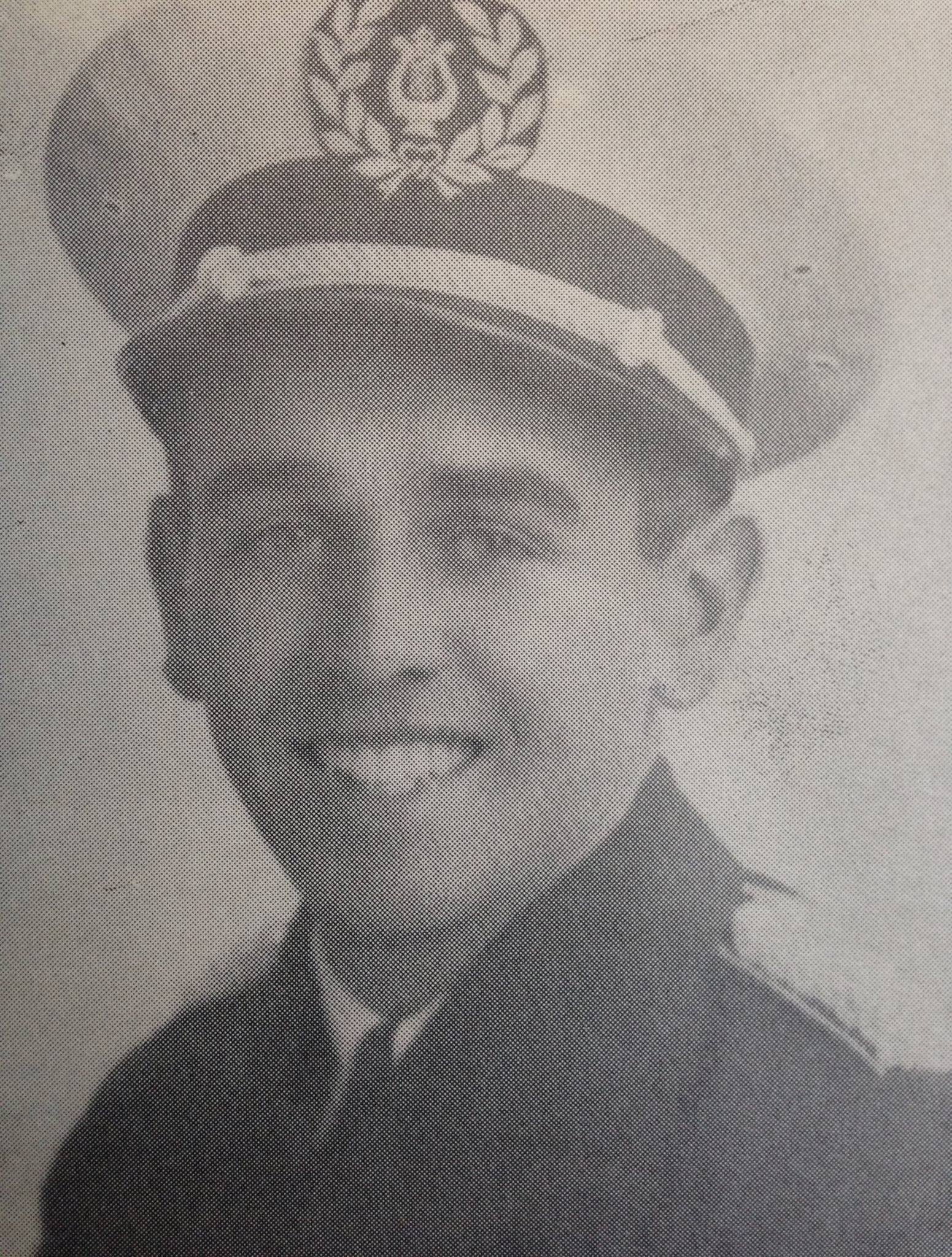 BORBA, Eddie – son of Mr. and Mrs. M. A. Borba of Randolph Avenue. His host of friends in this city mourned his death which occurred at Santa Barbara hospital Friday at 4pm, May 29, 1943. Eddie Borba passed away after a two-month illness of pneumonia and hyplural fever. He was in the Field Artillery Band at Camp Roberts. He played the French Horn and twirled the baton — at which he was unusually adept. While residing in this city, Eddie was a popular young musician and leader. He was scoutmaster of the Explorers Drum Corps and invented a fluorescent-lighted baton which he demonstrated at various parades in San Francisco and around the state. The deceased left to mourn his demise his bride of seven months, the former Juliette Faivre of California Avenue; five brothers, Louis, William, Allen, Manuel and Harry and three sisters, Isobel, Frances and Florence, and his parents 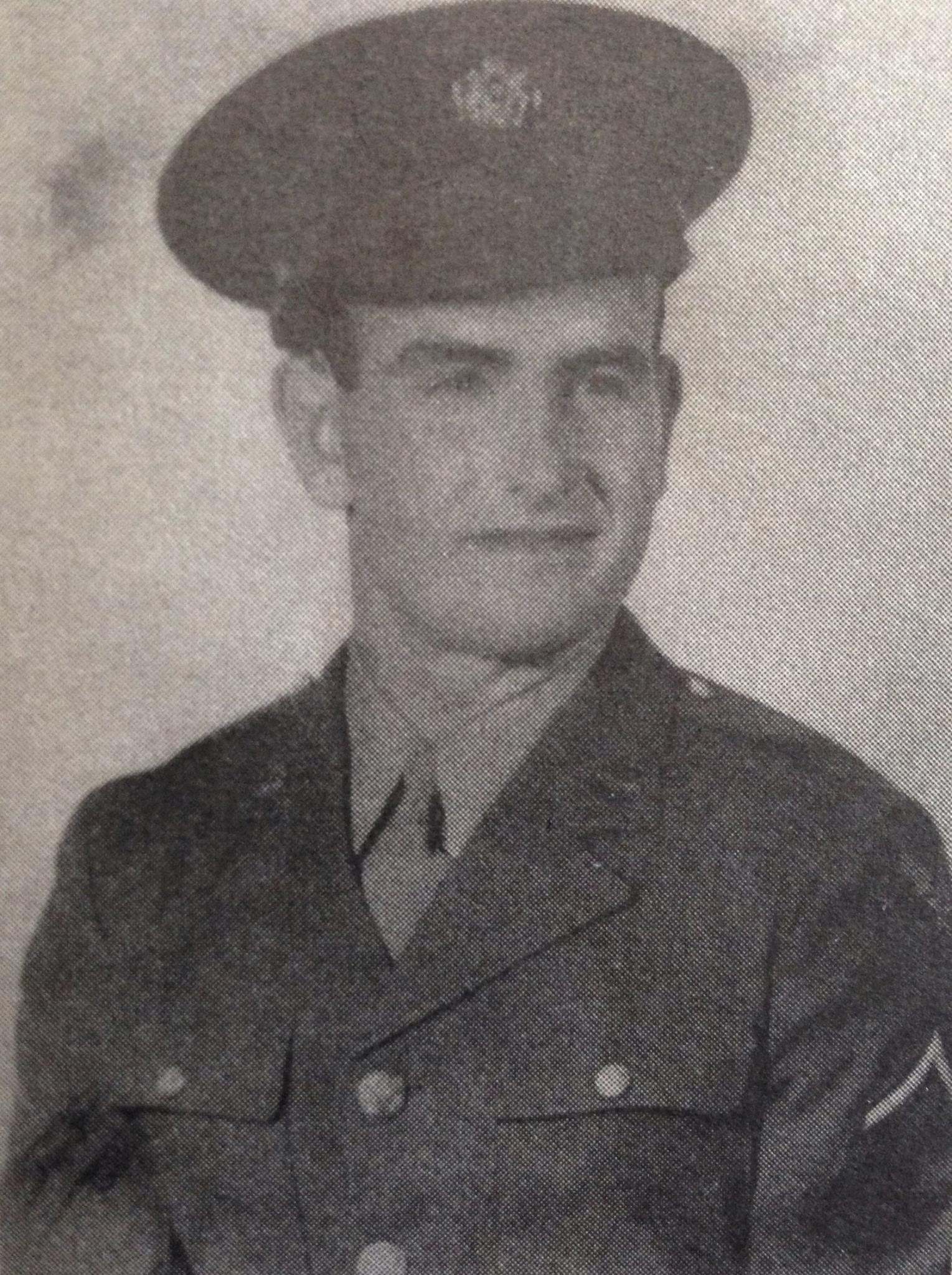 DELGADO, Andres – 21, son of Mr. and Mrs. Thomas Delgado of Maple avenue, whose death in the South Pacific theatre of was was announced. The boy met his death while in the performance of his duties as a gunner in a B-25 bomber of the Unites States Air Forces on July 29, 1944. His parents received a letter of condolence from Gen. Douglas MacArthur. Andres leaves to mourn him his sister Catherine, and brother Enrique and his parents. Before enlisting he attended high school and at the time was employed as a ticket-taker at State Theater. He also worked at the Enterprise Foundry. — 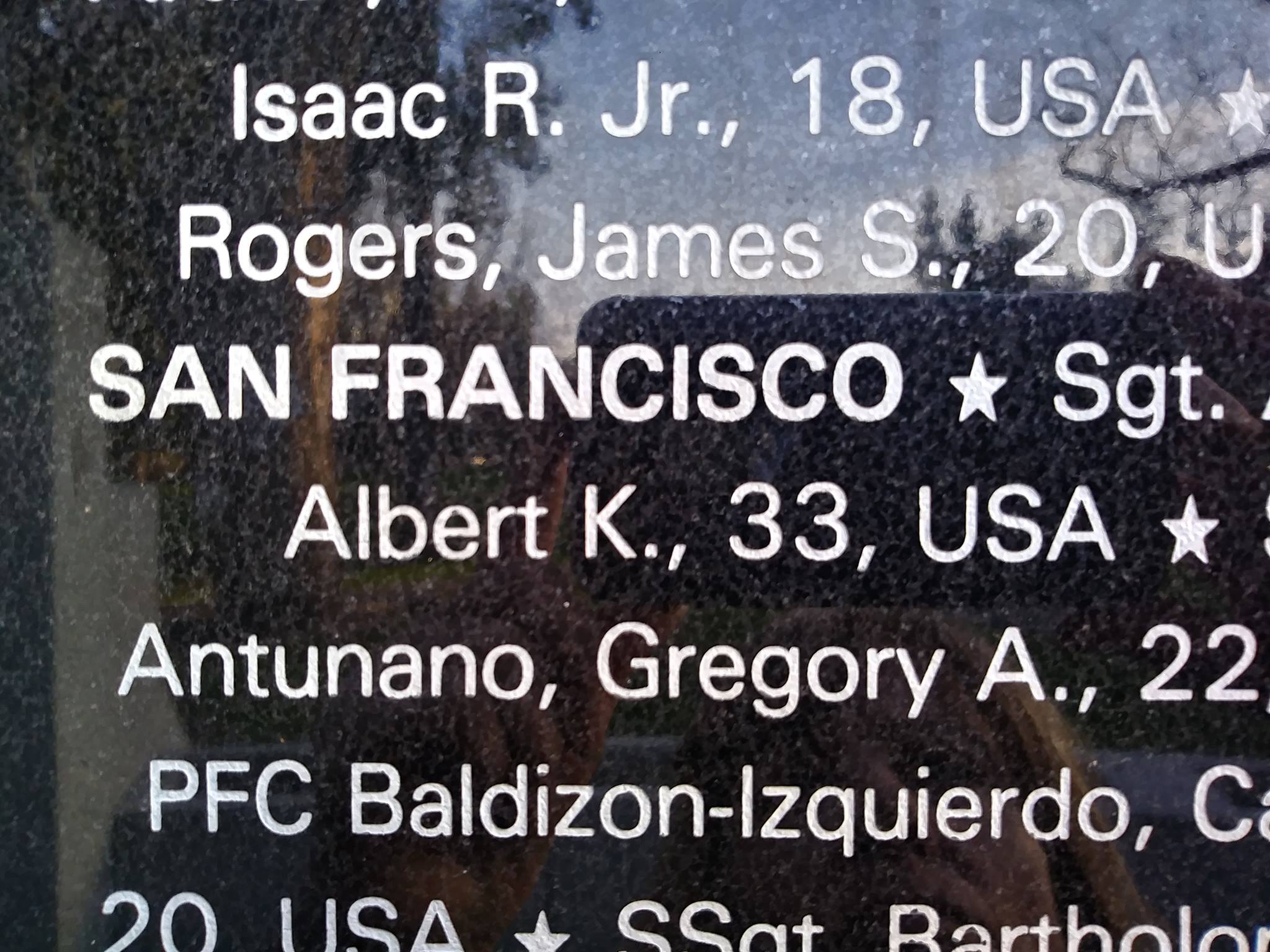 We add 22 year old Gregory Antunano who gave his life in Vietnam.
Carla DeMarco remembers the day while at Ponderosa Elementary when the news came that her class mate, Gary Antunano’s brother had died in action. “I visit the Vietnam memorial in Capitol park often to see his name and remember those who gave all.” Carla said 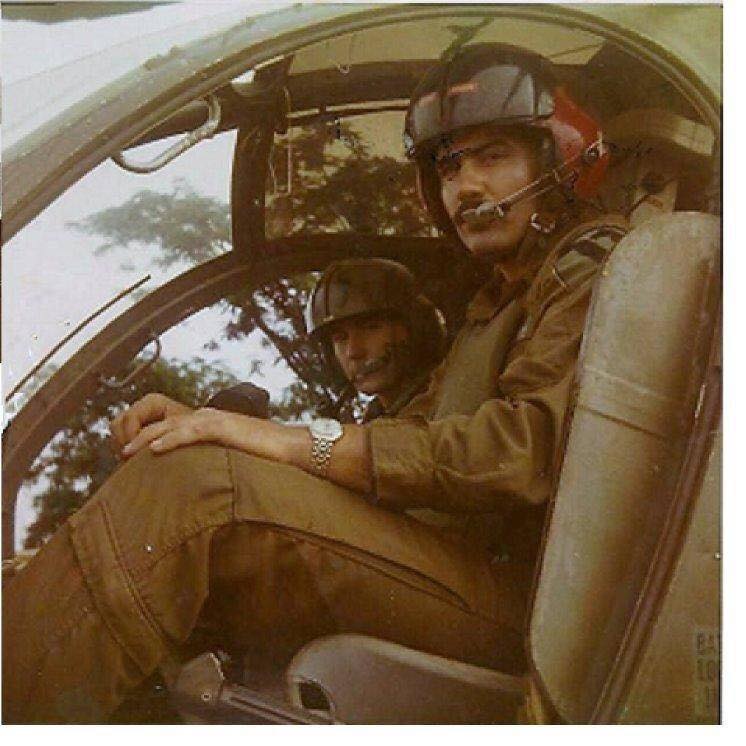 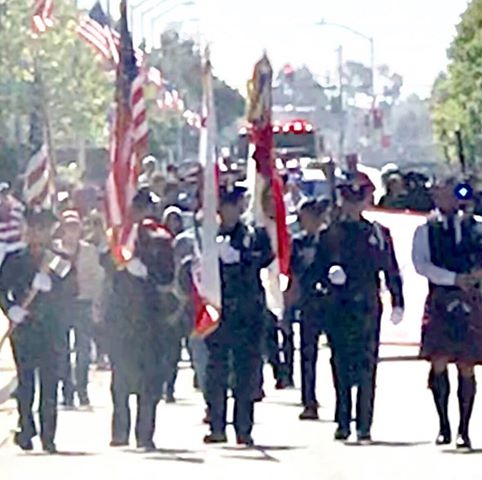 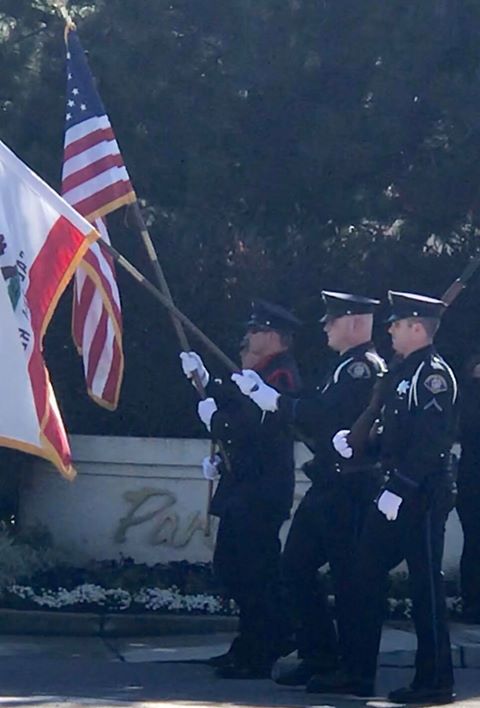 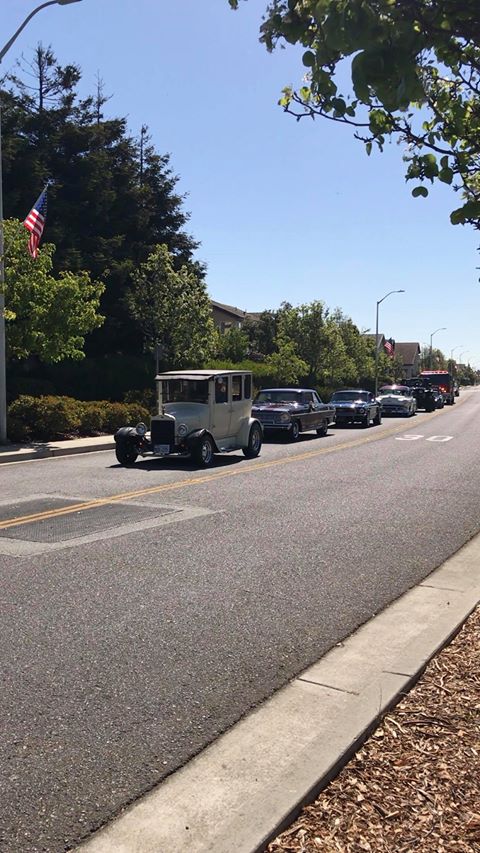 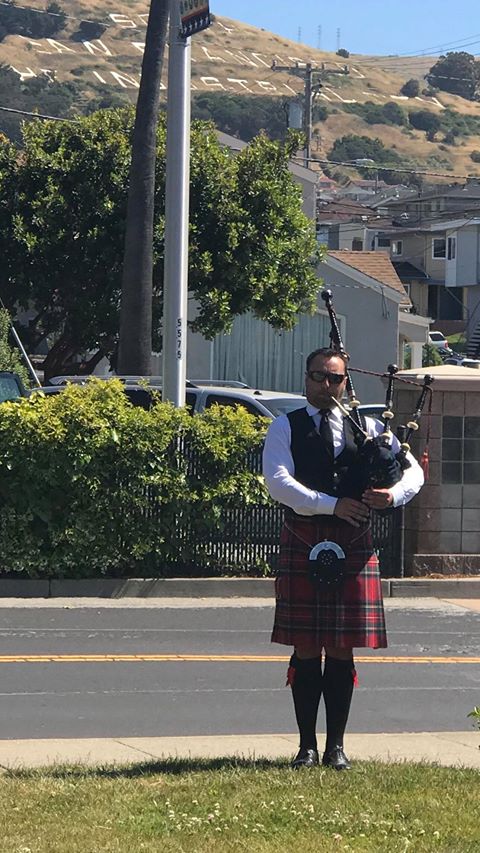 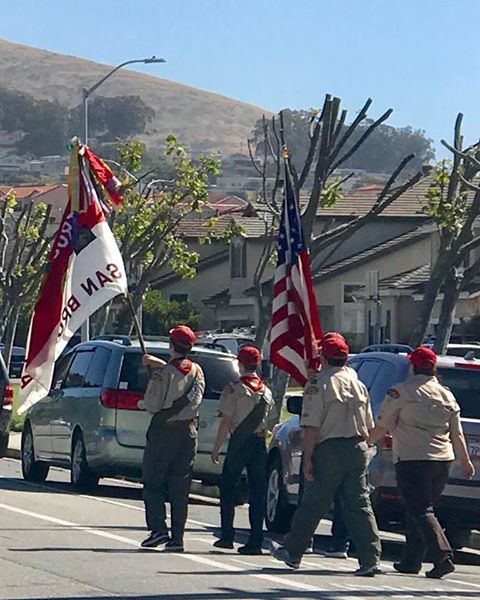 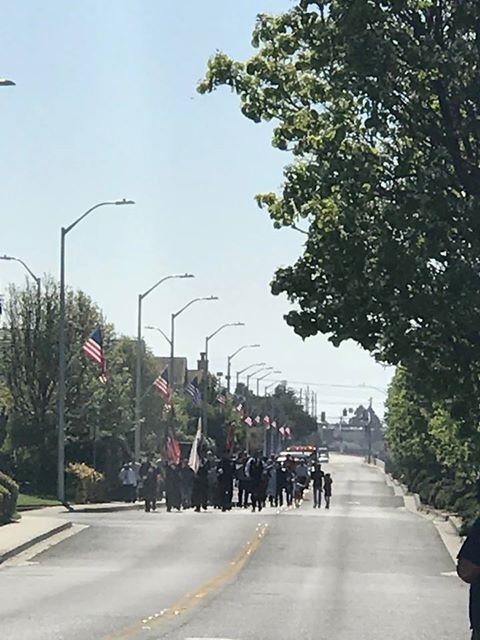 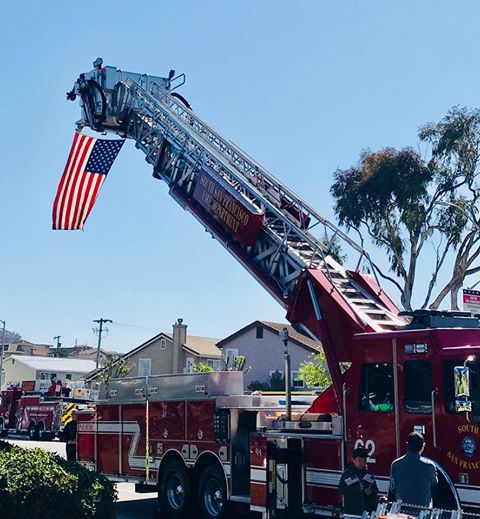