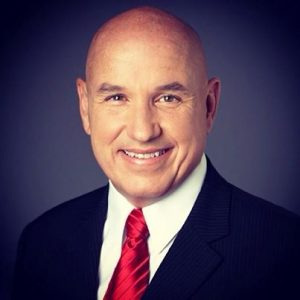 Mike Futrell and his wife Susan Freeman moved to Francisco Terrace in South San Francisco in the spring of 2014 and our City has not been the same since, many locals say. The tremendous changes for our City were predicted here when we first introduced Mr Futrell on our site have come to part fruition and the results have been very mixed. Appearing gregarious and outgoing, Mr Futrell has earned a solid following on both sides of the road splitting a City that has always been proud of the small town feel.

On March 11, 2014 we published an article that included Mr Futrell’s wiki resume and the City’s press release announcing his hire in our City. Self promoted as a social media guru of sorts, Ms Freeman offered us a different version of a bio the following day, which we published HERE. (Ms Freeman has also earned a mix of reviews since moving here). The word around town, confirmed by a local official, the couple are seeking a place on the County roster as Manager John Maltbie sets to retire. Ms Freeman, Futrell’s number one fan, has blogged about his accomplishments, as well as her own CLICK HERE on her personal website which verifies Futrell’s diverse work history and his coming and going from enterprise to enterprise.

The changes on Mr Futrell’s wiki have caught the attention of many residents and quite a few have written to ESC sharing screen shots that had piqued their interest. “When they first came to South City I was impressed with his bio” a local neighbor wrote “But when I tried to get more information about them, it was like their cyber tracks had been cleared which is weird in retrospect when you see how active they are on the internet since they landed here. What gives?”

‘Note that this is a personal page — not operated by the City of South San Francisco. Mike Futrell is also a USN-06 Nuclear Submariner, Litigator, Husband, Father and Animal Lover. The people who admin this page post things they’d like to share with Mike’s family, friends and followers in the community at-large.

Mike is committed to an open exchange of ideas to build and support our community. If you’d like to contact him directly, feel free to visit his office at City Hall or call his cell at 650-676-0173.’

Today’s Letter to the Editor spoke of Mr Futrell’s wiki bio which has undergone more changes since it was sent to us a month ago by another neighbor who also had been inquiring about Futrell’s next move. That neighbor stated when she posed the question of his future intent directly to Futrell ‘…he sure got upset, said he liked it in SSF, it was apparent he was angry at being questioned’.

Because the tremendous changes impacting our City seem to be on warp speed since their arrival, and questions of their possible impending departure continue to be part of the conversation among residents, we are sharing the various wiki updates as this is our City and we should know who is at the helm. Please note wiki articles are written by any individual who may happen to have an interest, or reason, for creating online information on a specific person, place or thing. (Control + will enlarge your screen to read smaller print) 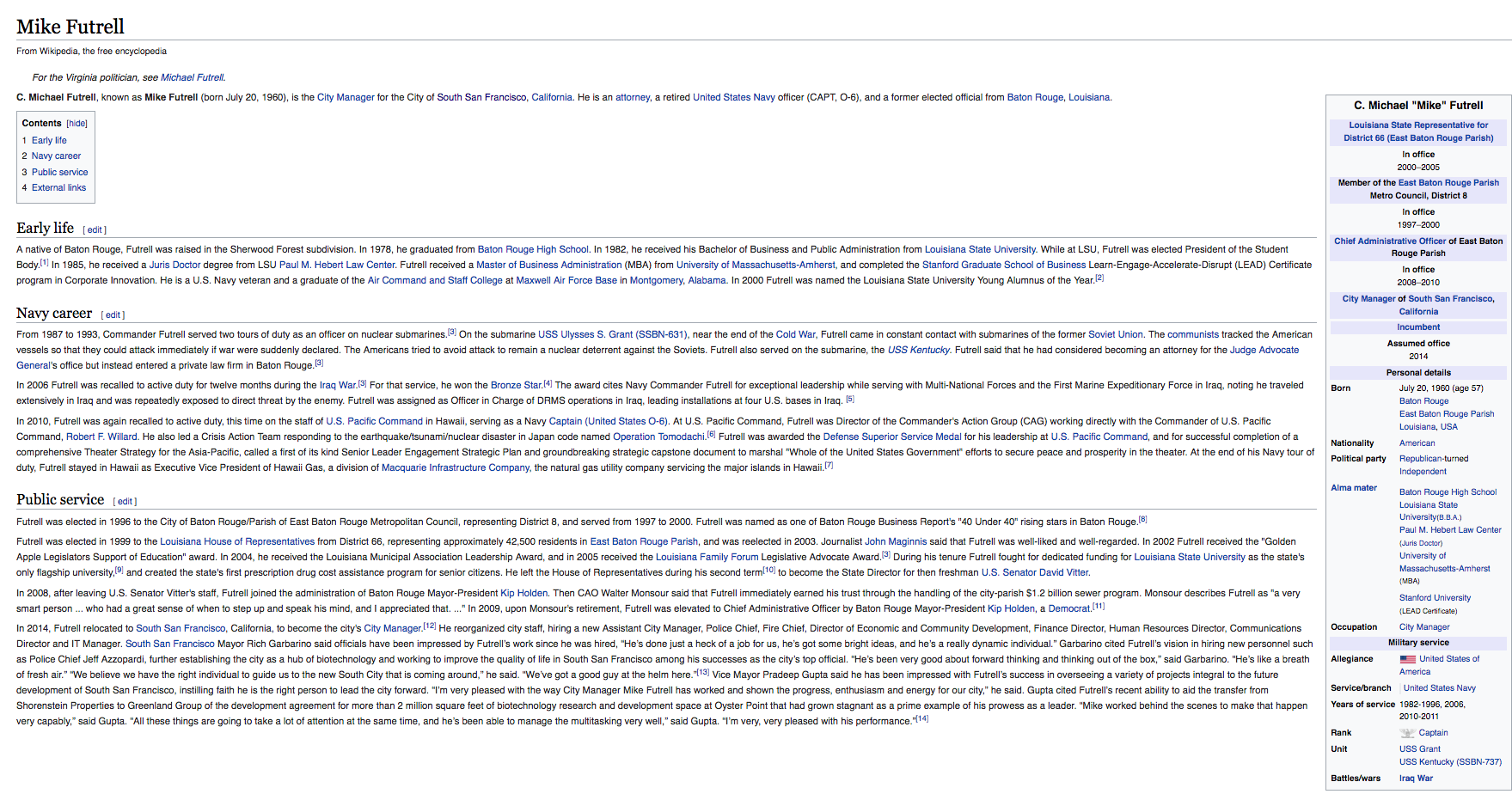 Earlier this year a neighbor sent this to ESC “You’d think he was the Savior of SSF -what a joke.”

Today’s Letter to the Editor spoke of Futrell’s wiki – this is the latest version which Wiki noted ‘This article contains content that is written like an advertisement.’  Keep watch for an update ……

← Letter to the Editor: Kilroy Realty acquiring the entitlements from Oyster Point Development
Peninsula Humane Society and SPCA’s Pet of the Week: Grayson →

6 comments for “Who is Mike Futrell and where is he going next?”