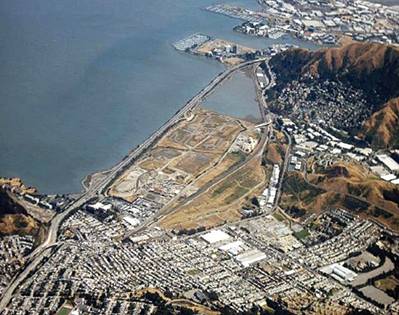 Notice is hereby given that the Brisbane City Council will hold public hearings regarding the Baylands project on Thursday, July 12th at 7:30pm and Thursday July 19th, 2018 at 8:00pm at Brisbane City Hall, 50 Park Place, Brisbane.  At the July 12th meeting, Council will accept public testimony on proposed Baylands General Plan amendment, the Final EIR and the Mitigation Monitoring and Reporting Plan.  The Council will also consider a proposed ballot measure concerning the General Plan Amendment. No final decisions will be made by the City Council at the July 12th meeting.  The July 12th public hearing will be continued to July 19th at which time the City Council may take final action on these items.

The complete record of the City Council’s proceedings may be viewed at http://brisbaneca.org/baylands-information.

The Notice of Public Hearing may be viewed below 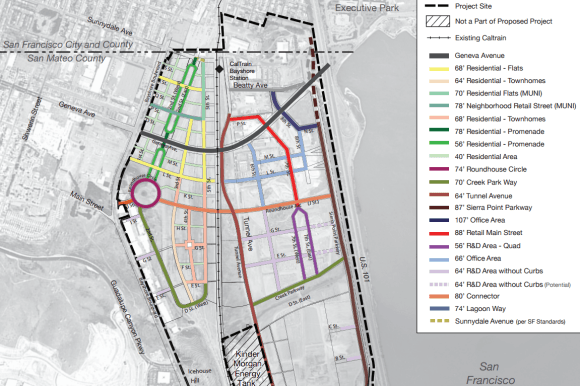 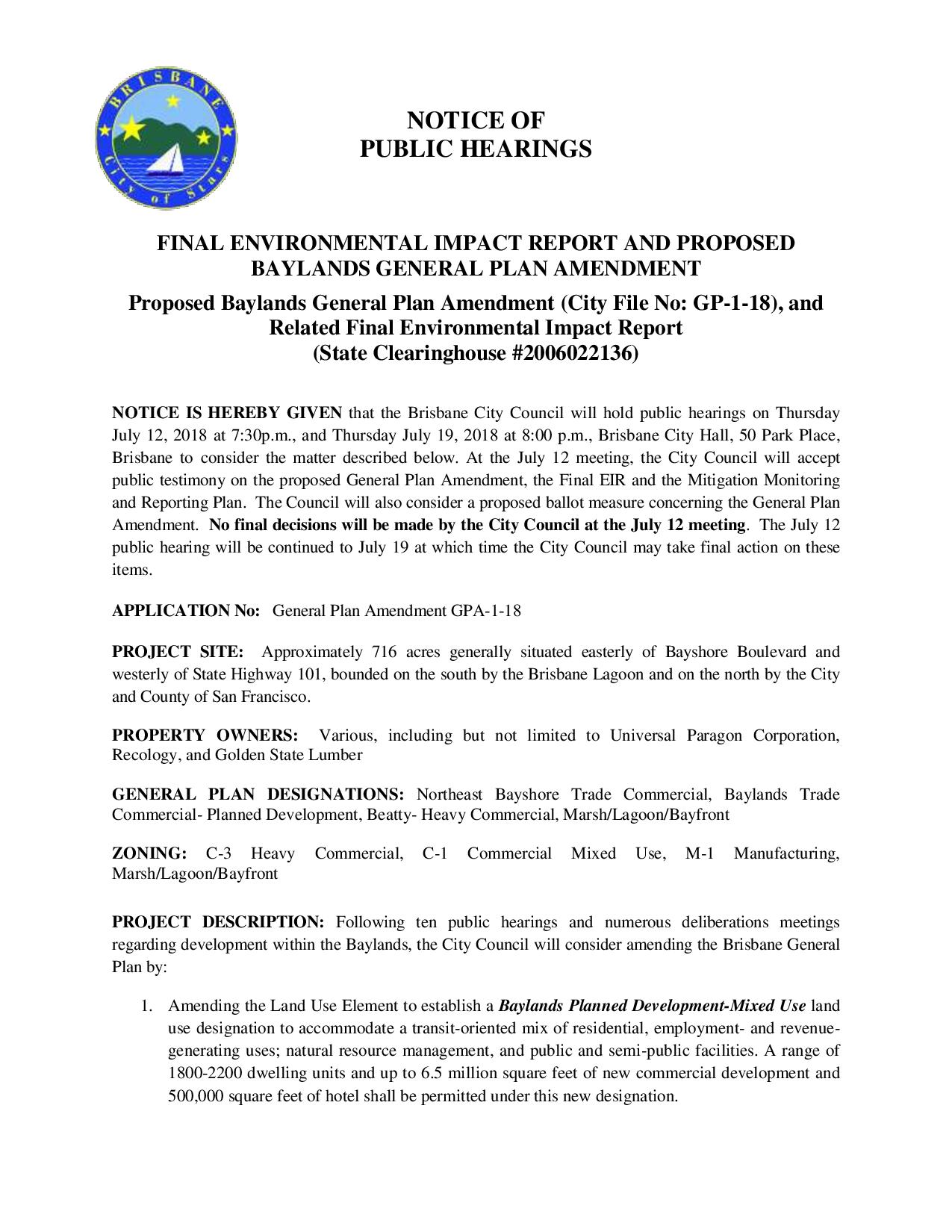 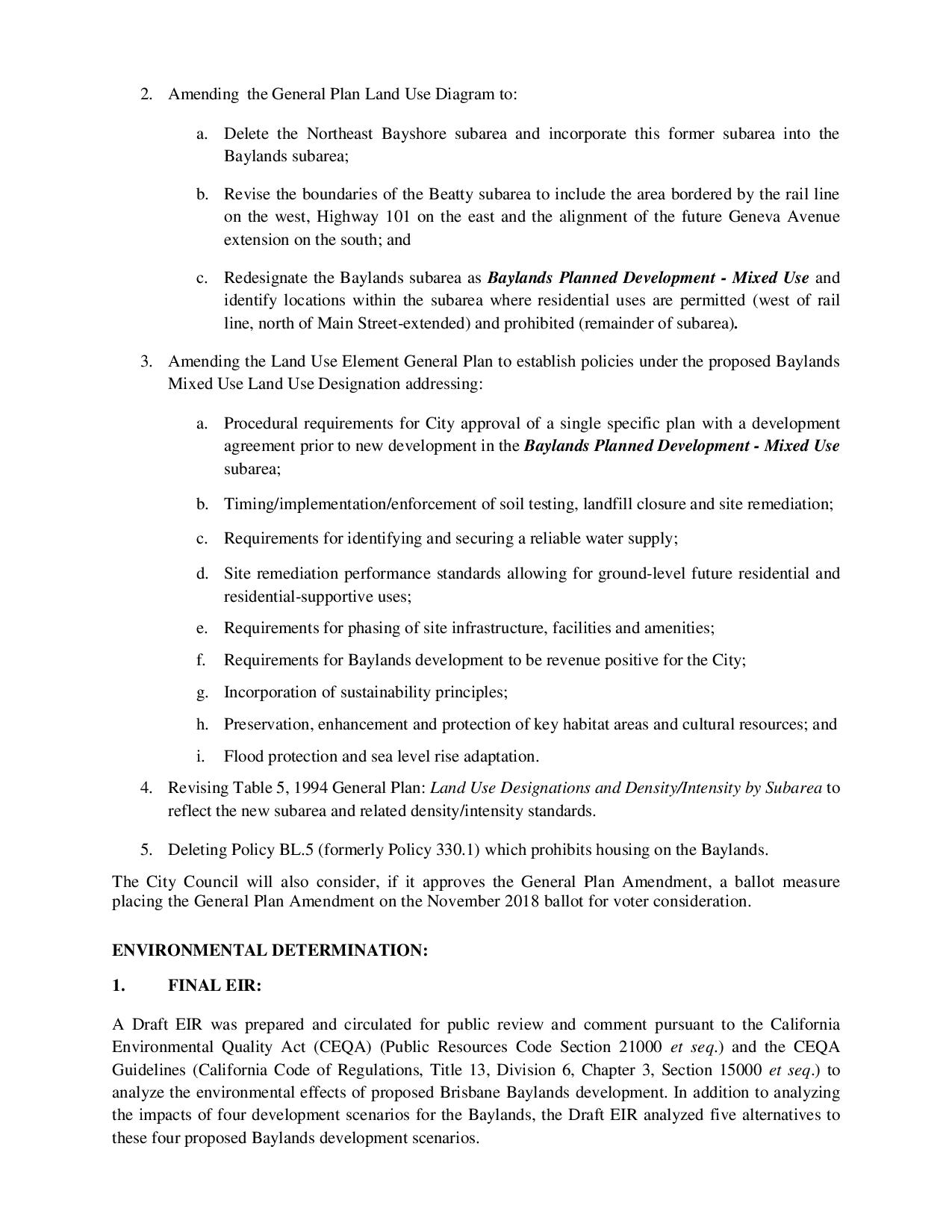 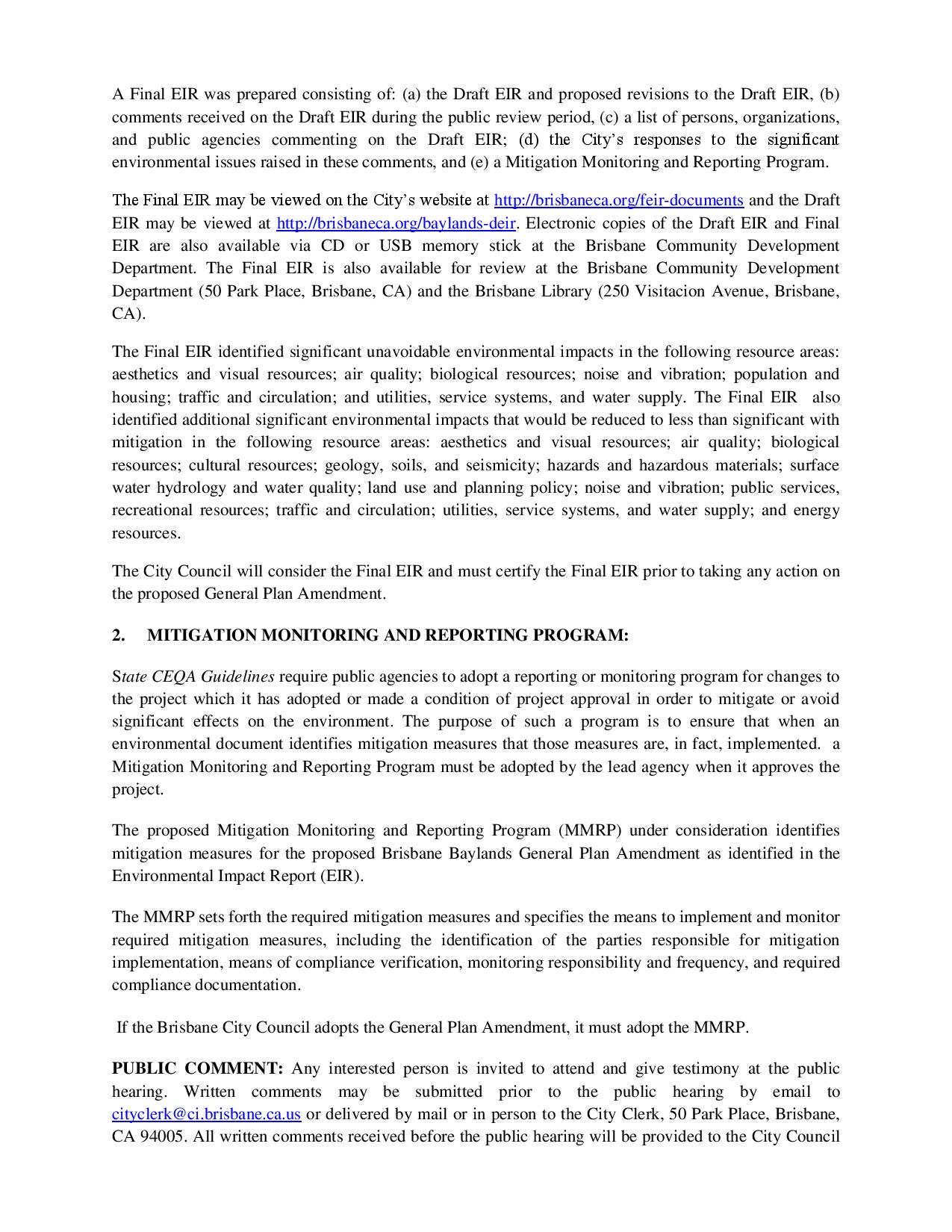 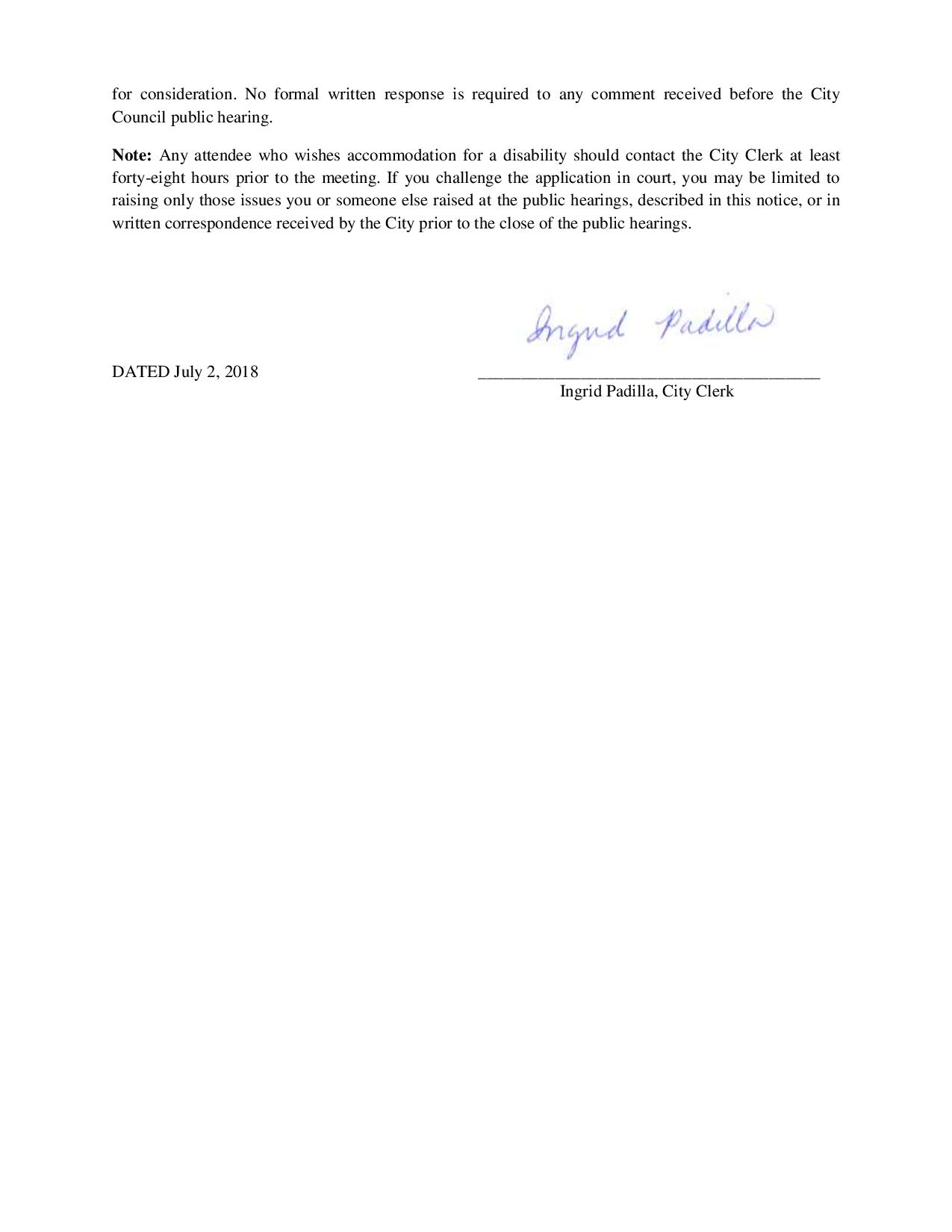