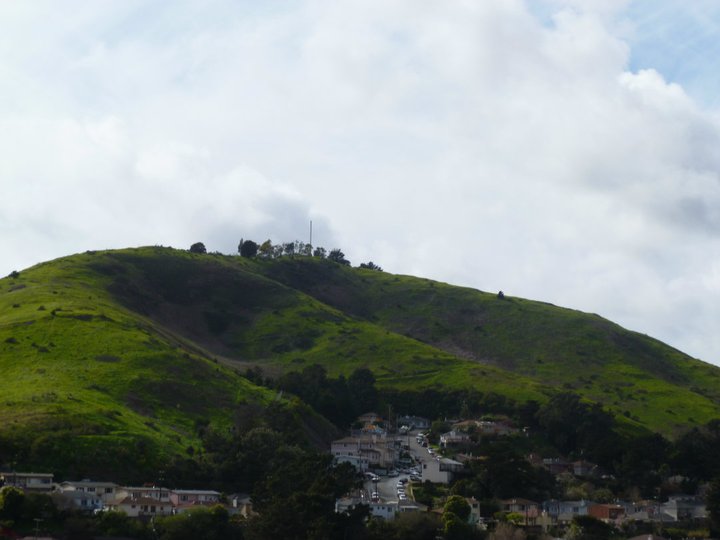 Twenty acres on this northeast side of Sign Hill was recently acquired as open space and will benefit from the Sign Hill Habitat Restoration Project
Photo: Everything South City

Today, the San Mateo County Board of Supervisors approved a grant for $75,600 for the Sign Hill Habitat Restoration Project by the City of South San Francisco.

Sign Hill, geographically located in South San Francisco and geologically a part of San Bruno Mountain, is home to over 70 endangered and ecologically critical species of botanical life. The presence of several species of invasive plants threatens the existence of the existing Sign Hill ecosystem, which also is a habitat for several species of endangered butterfly. The grant will provide funding from San Mateo County’s ½-cent sales tax Measure K to restore and maintain the Sign Hill habitat.

“Sign Hill is an incredibly valuable natural asset but the biodiversity of the area is threatened by invasive species,” said Dave Pine, President of the San Mateo County Board of Supervisors. “This grant will build on existing efforts to restore the natural habitat and support populations of endangered species.”

The City of South San Francisco will oversee the hiring of a project coordinator responsible for the identification of species to be replaced, and a park aide to conduct maintenance of the facilities and complete the removal of invasive species and planting of natives. Much of the labor will be completed by high-school and college volunteers — recruited by the City via Improving Public Places, a local volunteer organization – who would operate periodically under the direction of hired staff.

“In addition to the 41 acres of open space that comprises Sign Hill Park, the City’s recent acquisition of an additional 21 acres of privately owned land on the northeast side of Sign Hill was a successful collaboration between the owner, the City of South San Francisco, the County of San Mateo, and San Bruno Mountain Watch, which resulted in a fantastic outcome. This grant will formalize volunteer efforts to control invasive species, and further our goals of stewardship of this rare open space habitat,” according to South San Francisco Mayor Liza Normandy.

In addition to covering the acquisition of 1,000 native plants to replace invasive species, Measure K funding would also cover the purchase of various necessary equipment, gear, and tools for staff and volunteers.

Restoration will begin in the spring of 2019.

Our esteemed editor at ESC worked hard to get the two fundings too with county and city to buy this parcel. Kudos to her efforts and much appreciation, lest the whole mountain be developed taking what is left of our open spaces.

Wonderful effort Dave Pine, many thanks for your support!