The City of South San Francisco will once again attempt to find ways to calm traffic in the Avalon Park and Brentwood neighborhoods as they announce permanent speed cushions to be placed in the area. There have been neighborhood meetings on this issue and the City has already tried temporary speed cushions, which were removed. The next attempt to ‘calm traffic’ was the ’roundabout’ at Avalon Drive and Alhambra along with the street striped with driving/parking lane. The roundabout had mixed reviews from many neighbors; initially it seemed to reduce some traffic on Avalon yet increased traffic on Valencia and other streets. It also caused much confusion to drivers passing through as they came to 4-way stop at the round about whereas most roundabouts. In time traffic continued on Avalon with cars once again speeding after being spit out of that cluster on Alhambra/Avalon.

Below is the notice sent to those neighbors who will have a speed cushion placed in front of their home per the DPW twitter post:

“Attention Avalon-Brentwood residents! Beginning this Wednesday, October 17, the City of SSF will begin installing speed cushions in your neighborhood. The notice below was issued to residents who will have a speed cushion installed in front of or near their property” 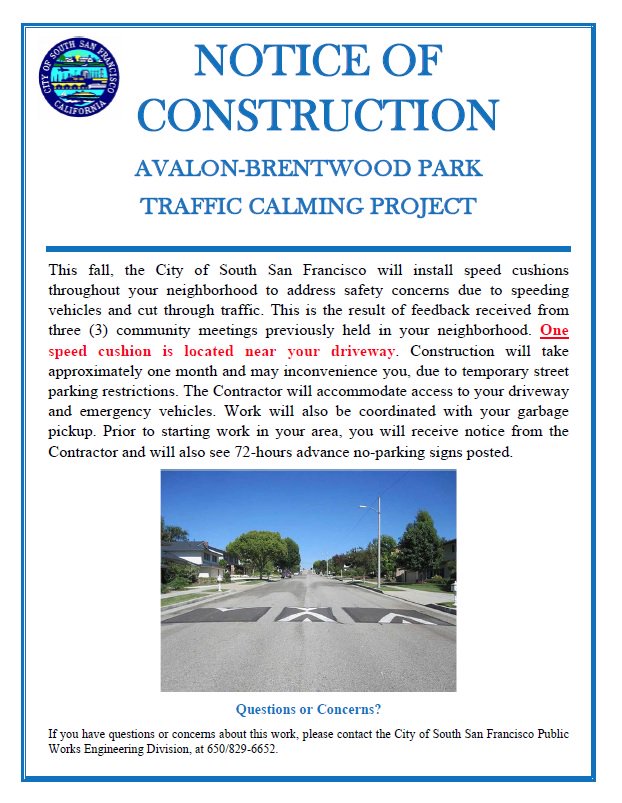 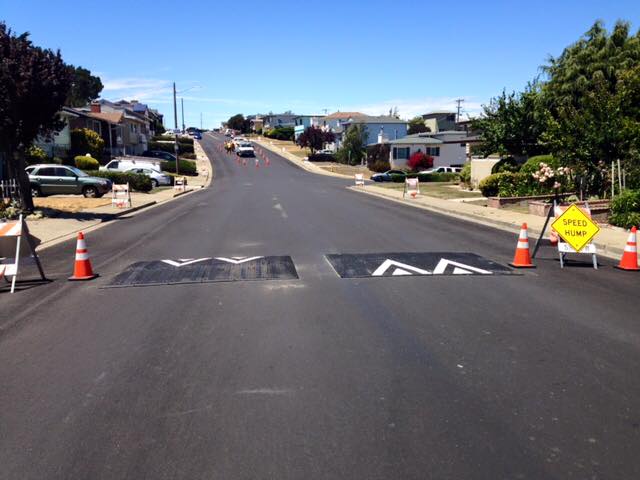 Temporary speed cushions had been placed in Avalon Park and were later removed while a ’roundabout’ was installed at Avalon and Alhambra. Both traffic calming items have sent been removed. The City will now install permanent speed cushions in the Avalon Brentwood neighborhoods. We’ve learned there will be 10 speed cushions at the cost of nearly $250K. 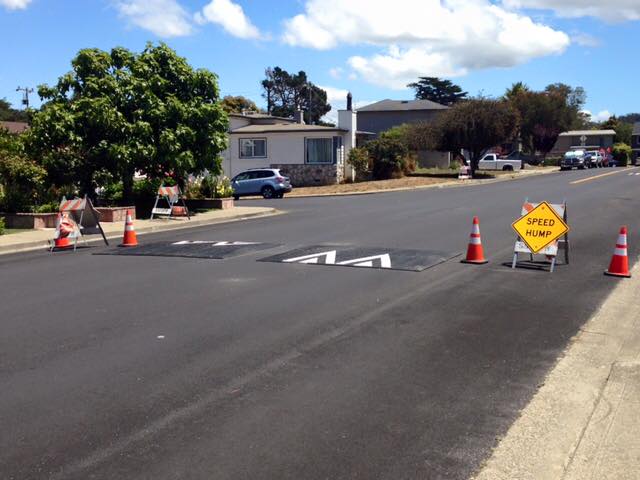 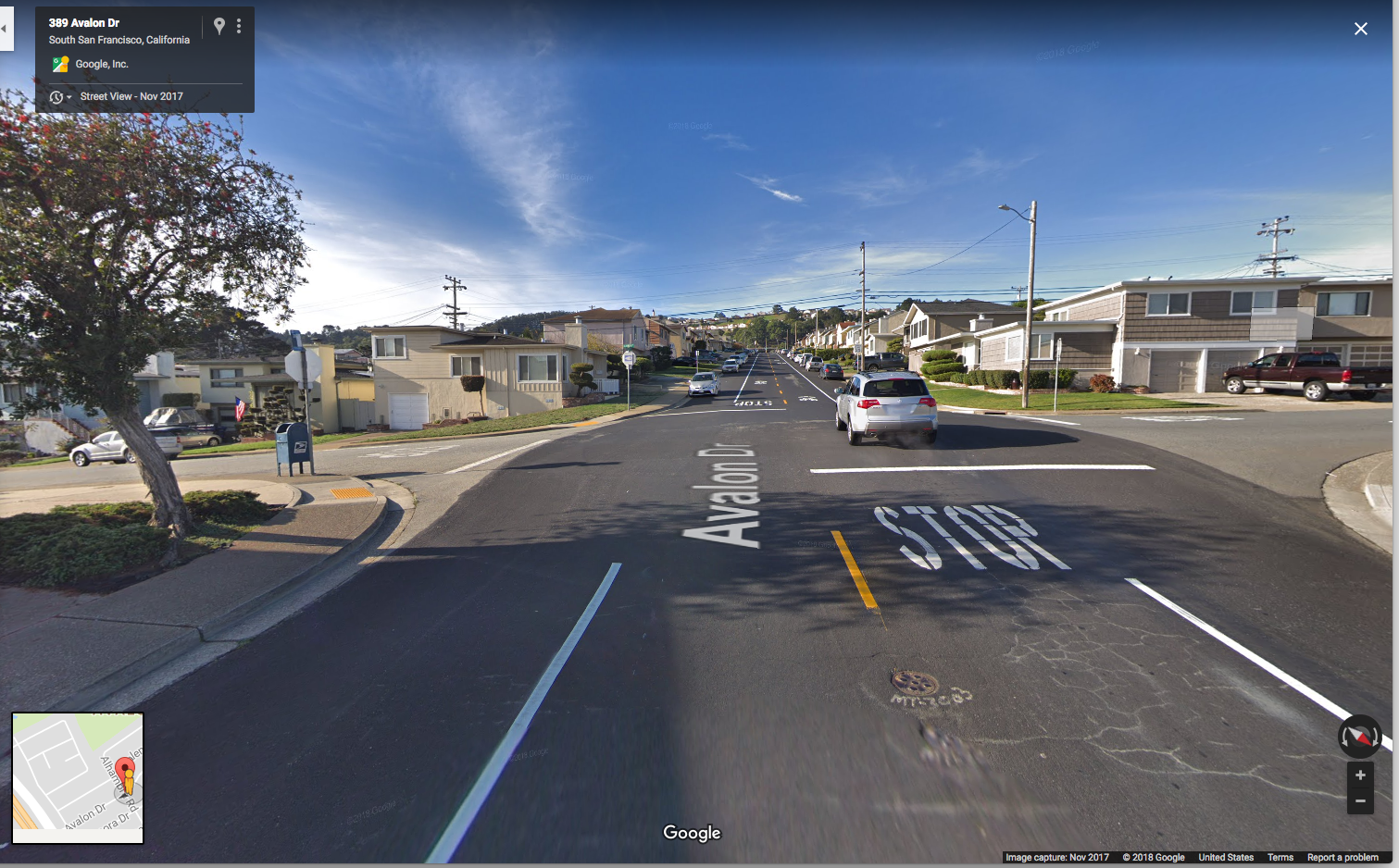 Avalon Drive at Alhambra prior to the roundabout being installed, and then removed. 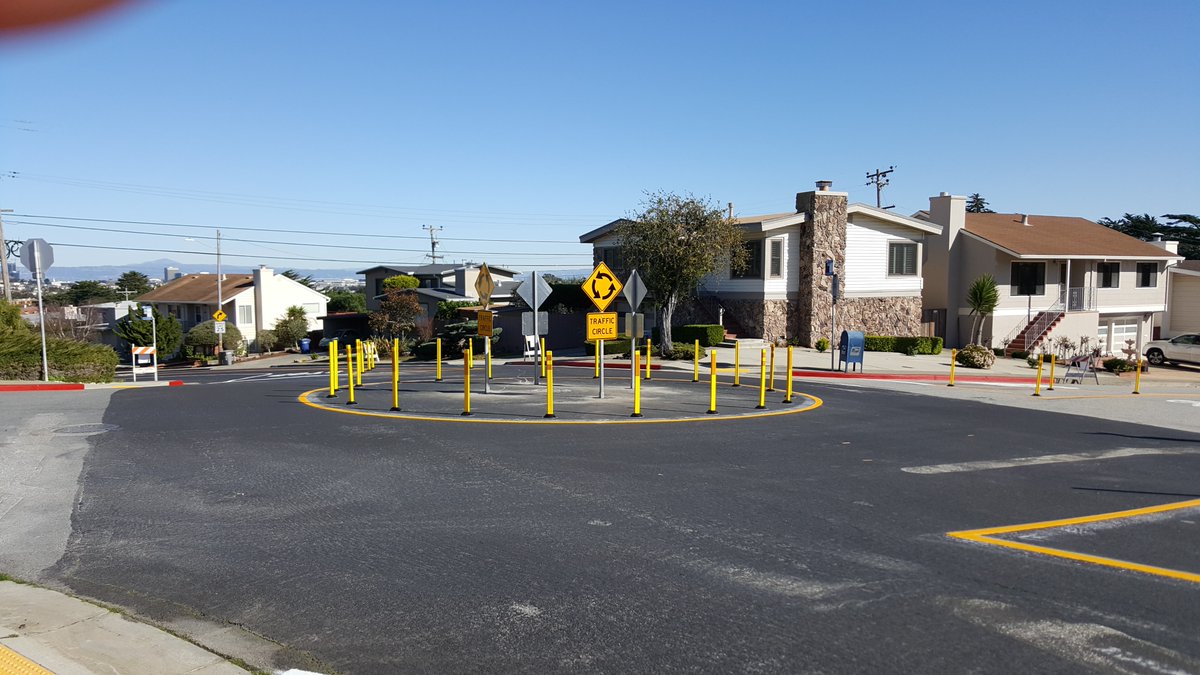 The roundabout was sorely out of place in this neighborhood and neighbors were glad when it was removed.