Statement from our EMS Chief, Chief Walls in regard to the Friday afternoon dog rescue. 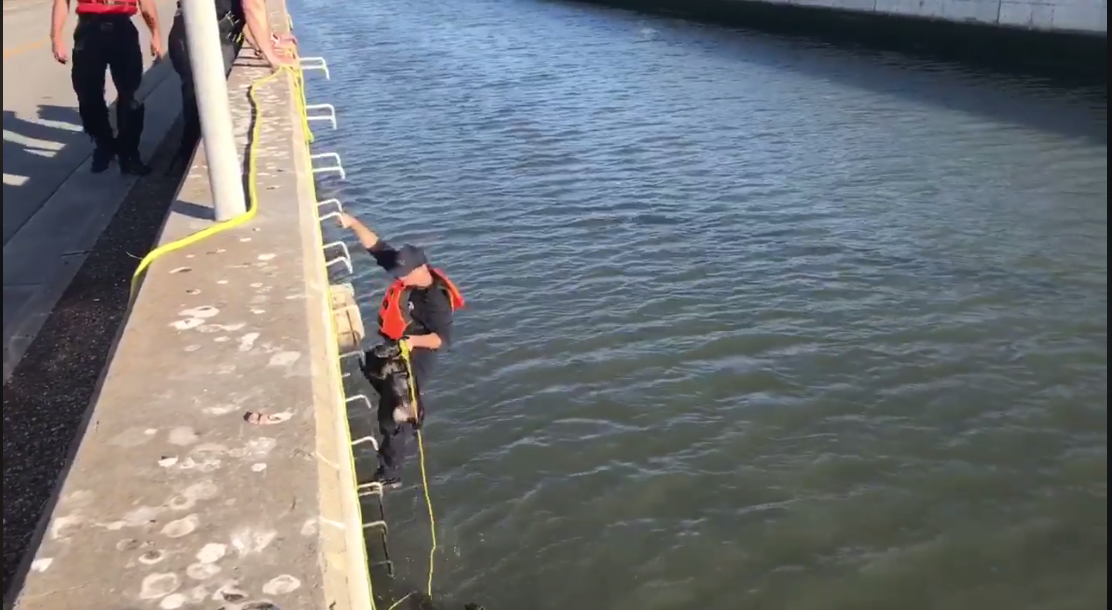 “On Friday afternoon I was leaving Station 61 around 1715. While I was waiting for the traffic signal at Spruce and North Canal, I saw a man and woman running south toward the intersection. Once they entered the intersection, I could see that they were chasing a small dog that had escaped. The dog, presumably out of fear, jumped the barrier wall and landed in the Colma Creek canal while the tide was relatively high. The dog was not able to touch the bottom and was forced to swim to avoid drowning in the approximately 4 foot deep water.

I requested a public assist from Engine 61 to help keep the pursuing couple from entering the canal and to rescue the dog. The Engine 61 crew of James Anderson, Shaun Hansen and Chris Flesher put on appropriate safety gear and climbed down the service ladder into the canal. Unfortunately, the fearful dog avoided them and swam in the other direction. While the crew tried for about 15 minutes to convince the dog to swim to them and be rescued, EMT Drew Morrison from 861 arrived to provide assistance and was able to drop a rope down into the water with a loop created to serve as a make-shift leash. The dog swam into the loop and Drew was able to tighten the rope and guide the dog to P/FF Hansen, who removed the dog from the canal.

No injuries were reported and all parties (human and canine) went home safely.” 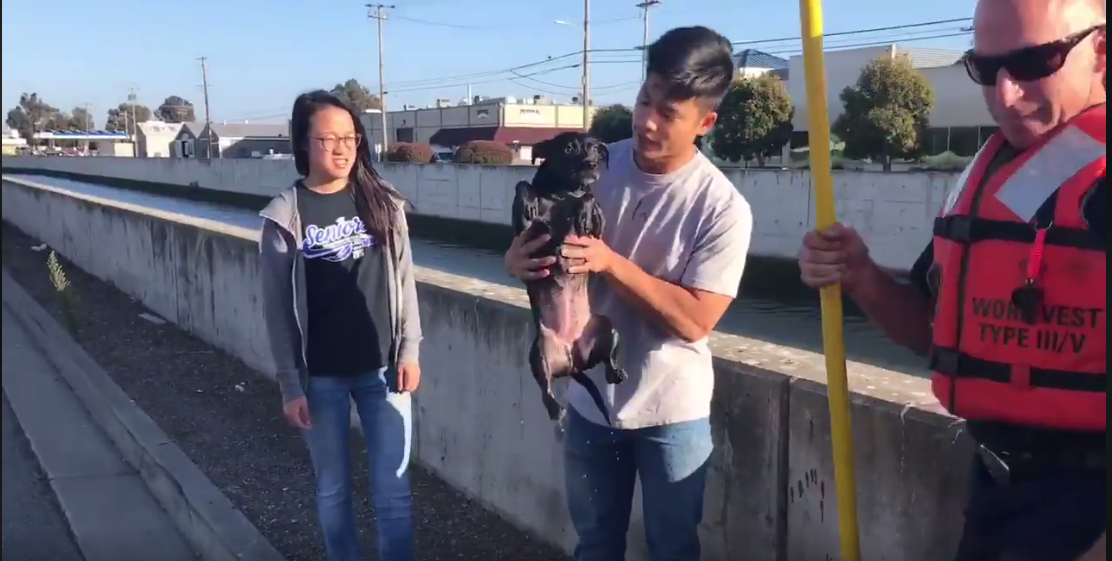 Pup and owners reunited thanks to the efforts by our SSFFD