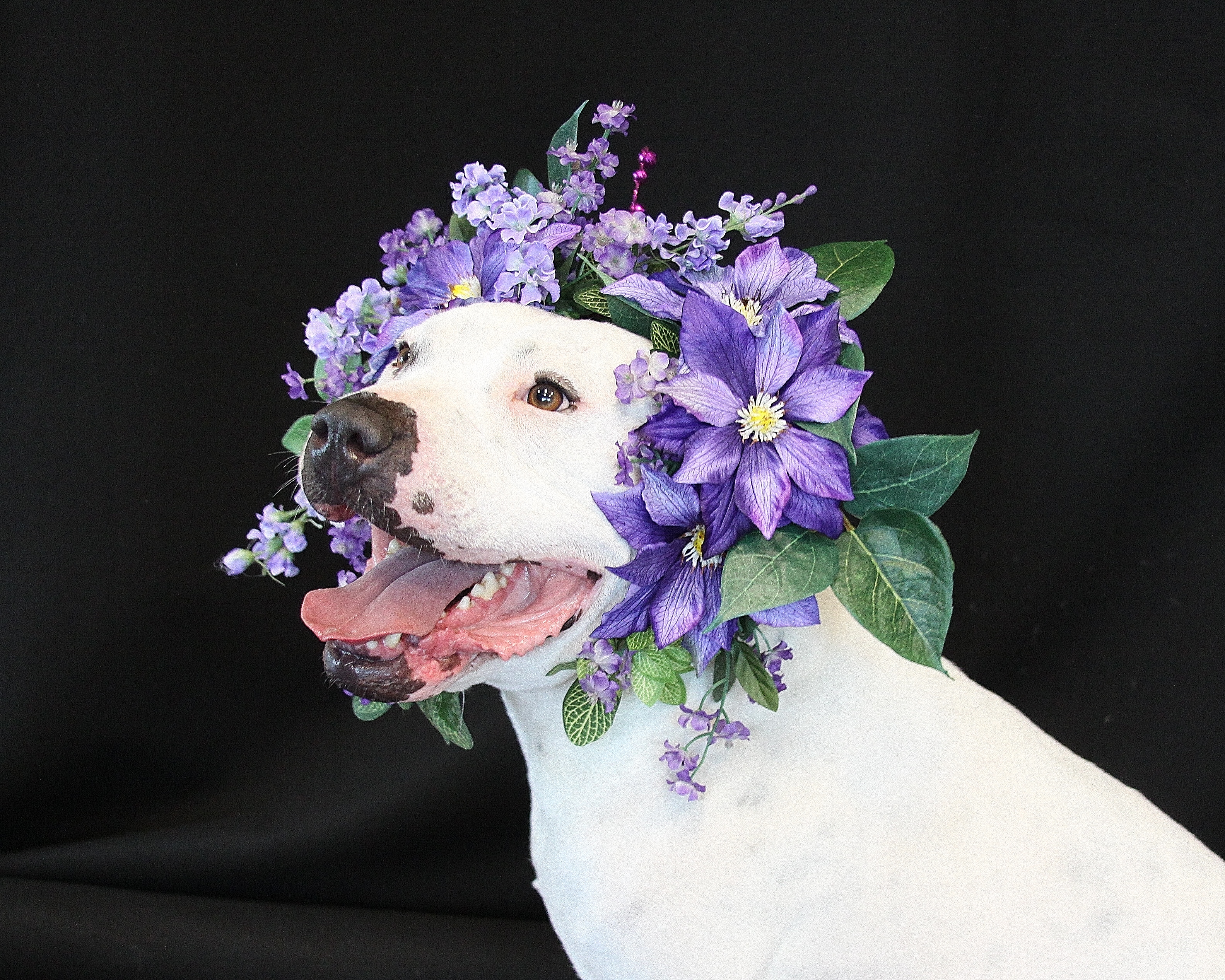 Honestly, we are perplexed as to why Tug hasn’t been adopted yet. He was our Pet of the Week last summer, but he’s such an amazing dog, we’re crowning him Pet of the Week again. And speaking of crowns, in hopes of finding a loving home, Tug is unveiling his new eye-catching flower crown look.  Tug is so much more than just a pretty face though. He’s a neutered male five year old American Bulldog who is as sweet as can be.  Tug is one big cuddle bug who would love nothing better than to curl up on the sofa and binge watch some television with his human by his side.  Tug enjoys long walks and soulful conversations.  Looking for a new best friend?  Ask for Tug ID# A842171.

Other adoptable pets are available at Peninsula Humane Society & SPCA’s Tom and Annette Lantos Center for Compassion, 1450 Rollins Road, Burlingame. The shelter is open for adoptions weekdays 11 a.m. to 7 p.m. and weekends 11 a.m. to 6 p.m.  Potential adopters should arrive at least an hour before closing time to complete an adoption. For directions and information, call 650-340-7022 or visit www.phs-spca.org.