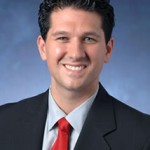 “This is news to celebrate because just a few short months ago we were told there was no interested buyer with intentions to keep the hospital open,” Canepa said. “Now we have a bidder with a proven track record in California with a history of operating and revitalizing multiple hospitals. I’m relieved for the patients who rely on Seton for quality health care and am optimistic the new buyer will respect the conditions set by the state Attorney General’s Office that mandate Seton remain a full-service hospital with emergency services until 2025.”

Verity filed for bankruptcy Aug. 31. The hospitals were previously owned by the Daughters of Charity. Canepa formed a bi-county working group with stakeholders from San Francisco and San Mateo counties with a sole effort to save the hospital.

{NOTE: A stalking horse offer, agreement, or bid is an attempt by a bankrupt debtor to test the market for the debtor’s assets in advance of an auction of them. The intent is to maximize the value of its assets or avoid low bids, as part of a court auction. Wikipedia}

You’re incredible Dave; You’ve been working on trying to save Seton ,and you’ve prevailed. Now with the virus, the hospital will be used to save lives. I can see a beautiful retrofit in it’s future. Dave Canepa for prez.

Thanks to you Mr. Canepa. much appreciate your efforts.