The City will be hosting a ‘workshops’ on proposed zoning changes that would allow residential homeowners in an expanded ‘downtown’ districts to split there lots, thereby allowing “homeowners with flexibility to divide and sell a portion of their lot with the idea to provide more opportunities for ownership & single-family housing development”.

While most think of the ‘Downtown’ area boundaries as Airport/Spruce/Grand/ this new map shows three different ‘downtown districts’ as identified on this map below:

Billy Gross, South San Francisco’s Senior Planner, shared this additional information, which we appreciate as we try to follow the changes being proposed:

Per the Downtown District Zoning Chapter 20.100 this identifies how many ‘units’ can be legally

DMX Downtown Mixed-Use. This district is intended to provide for a mix of residential development, retail, and office uses as well as hotels and other commercial uses oriented toward a more regional market. The maximum base FAR is 1.5 and the maximum density is 40 units per acre. This district conforms to the Downtown Mixed Use area designated in the General Plan.

DRL Downtown Residential Low. This district is for detached and attached single-unit residential development with densities from 5.1 to 15 units per acre as well as care facilities, family day care, park and recreation facilities, and civic and institutional uses such as schools and places for community assembly that may be appropriate in a residential environment. Retail and office development and hotels are not permitted consistent with the General Plan.

DRM Downtown Residential Medium. This district is to provide for a full range of housing types at densities ranging from 15.1 to 25 units per acre. Consistent with the General Plan, there is a minimum residential density of 15.1 units per acre; retail and office development and hotels are not permitted.

Per the Downtown District Zoning Chapter 20.280 ; 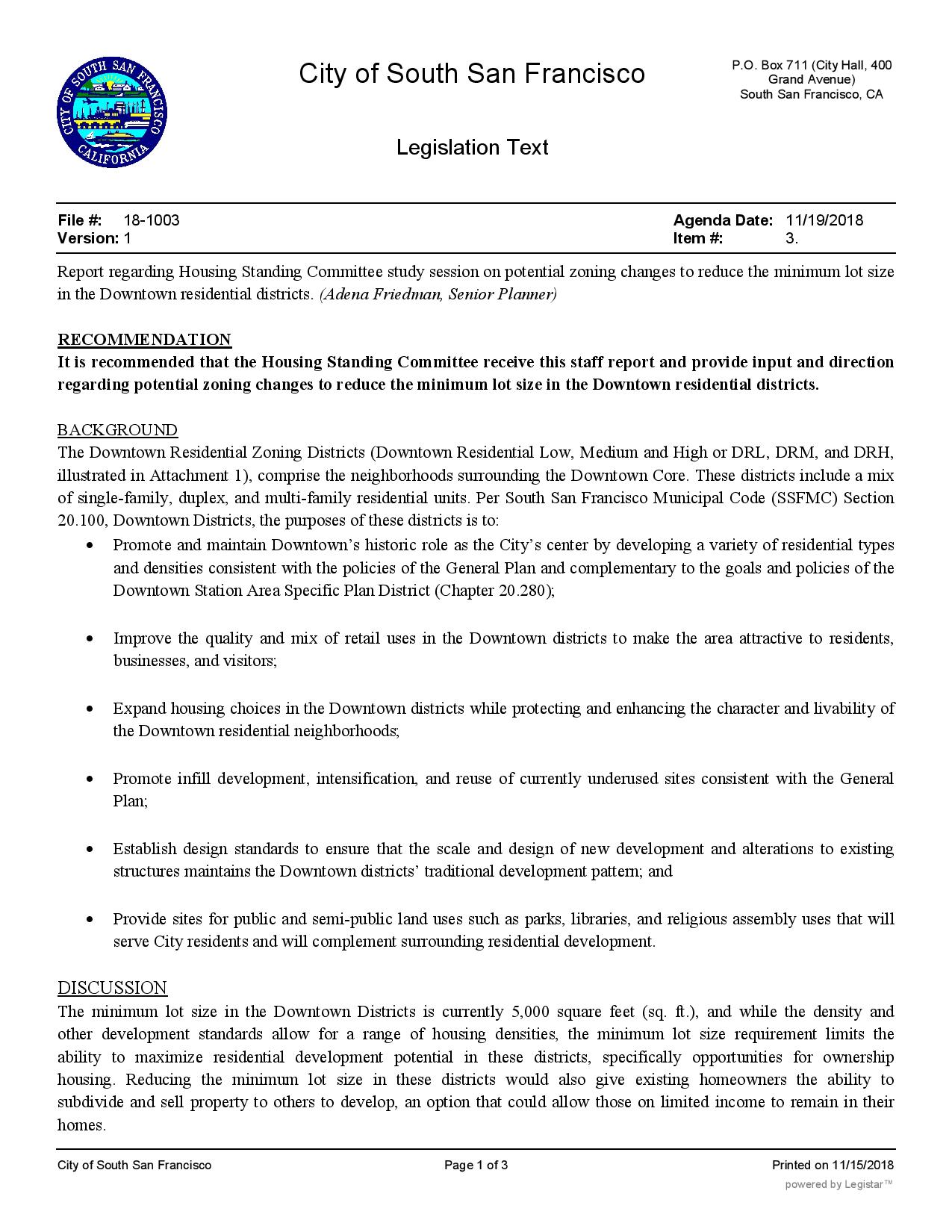 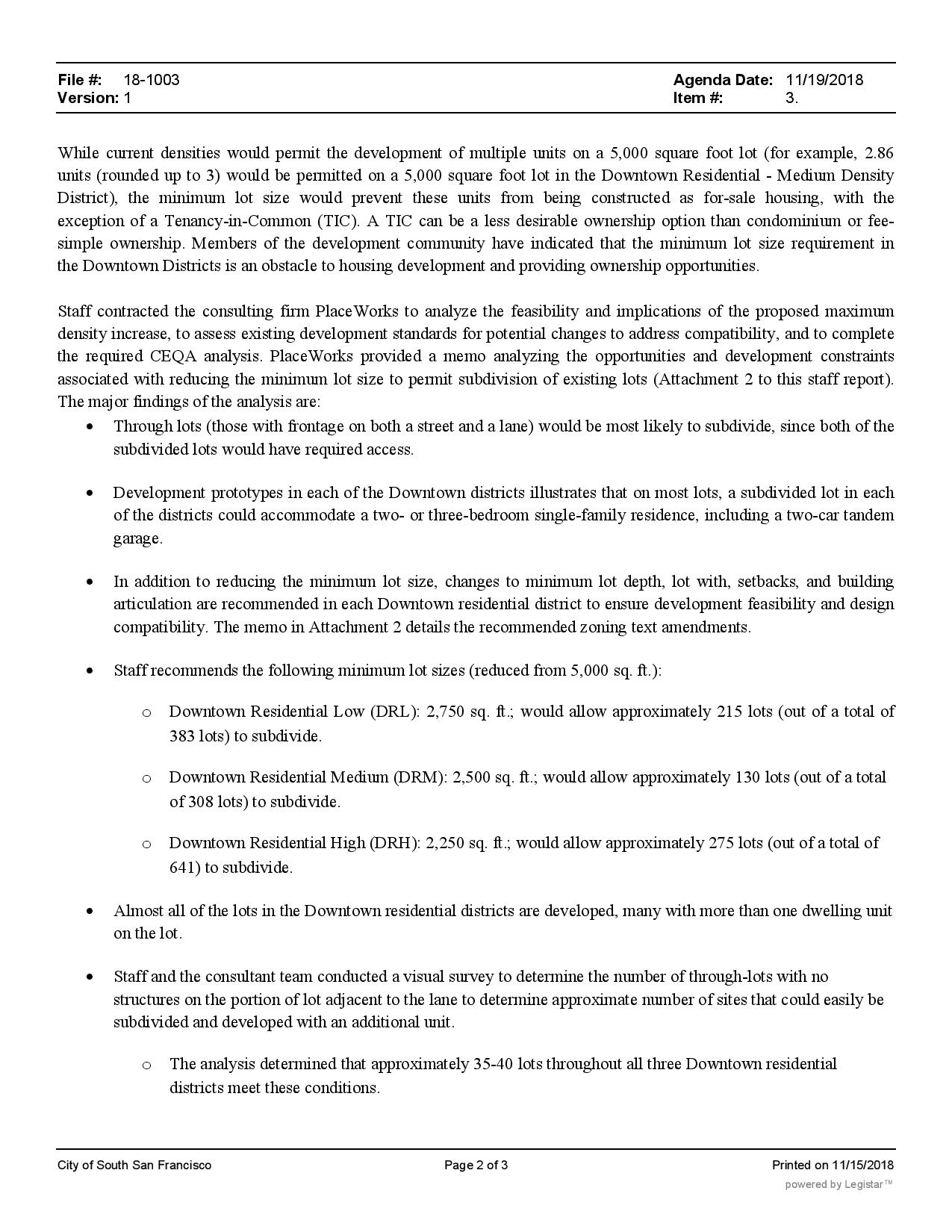 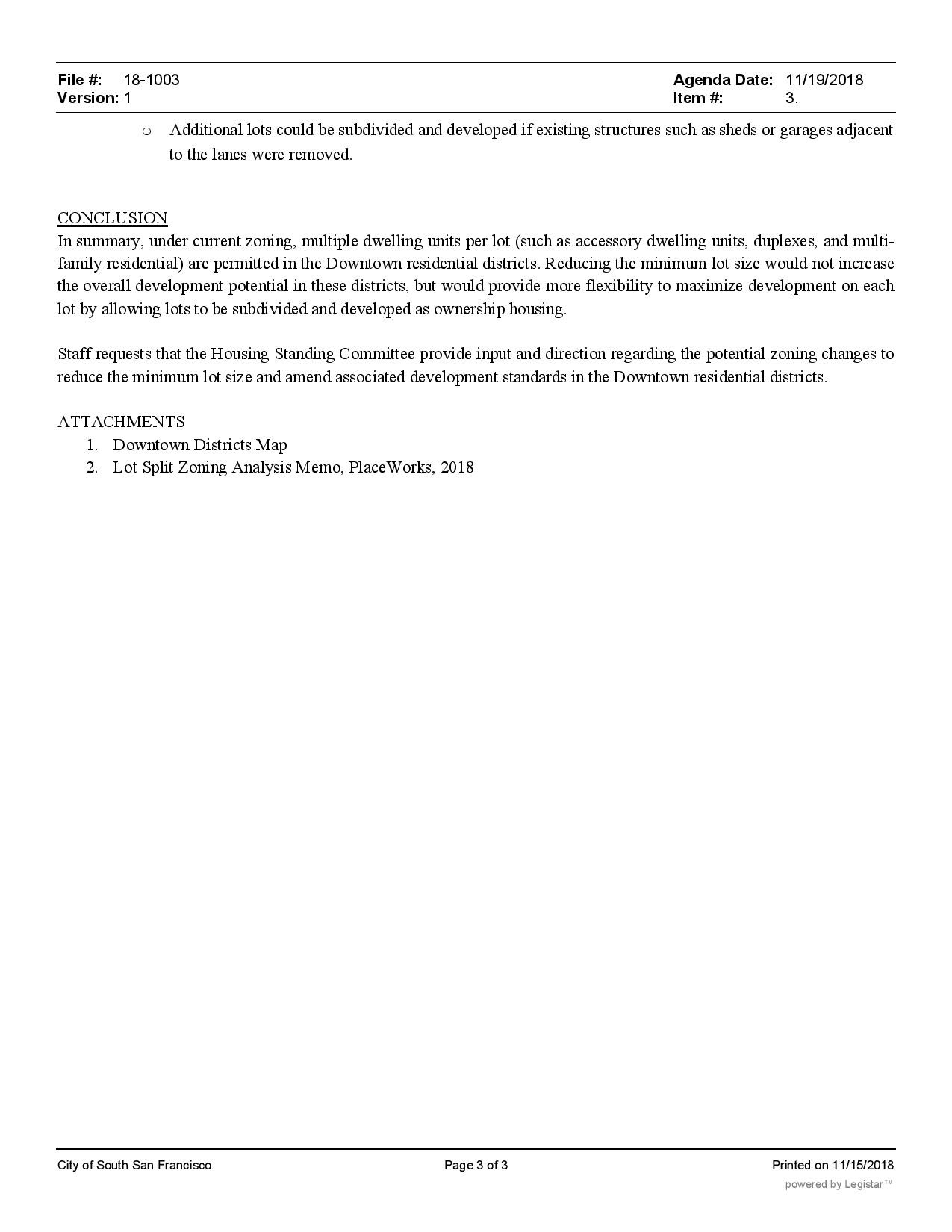 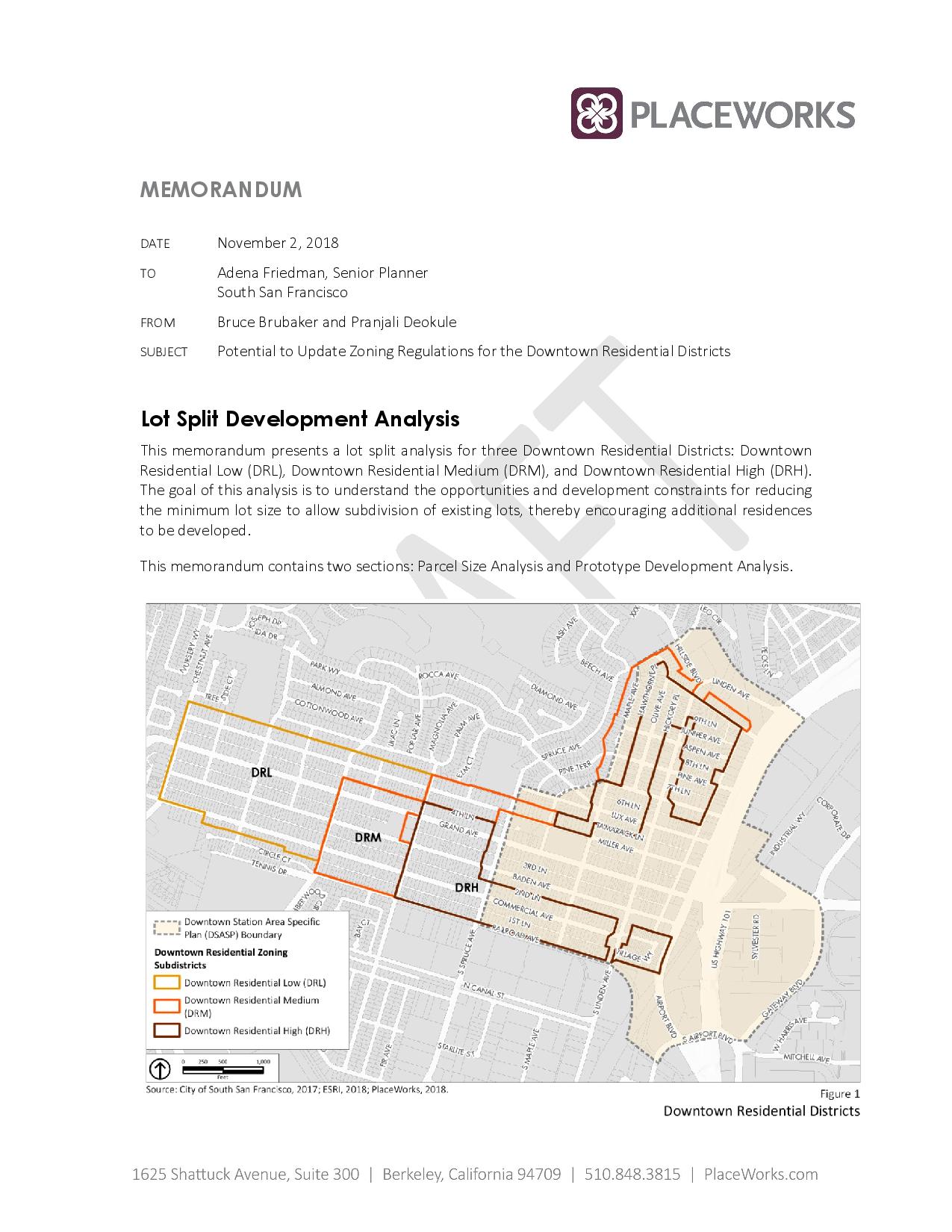 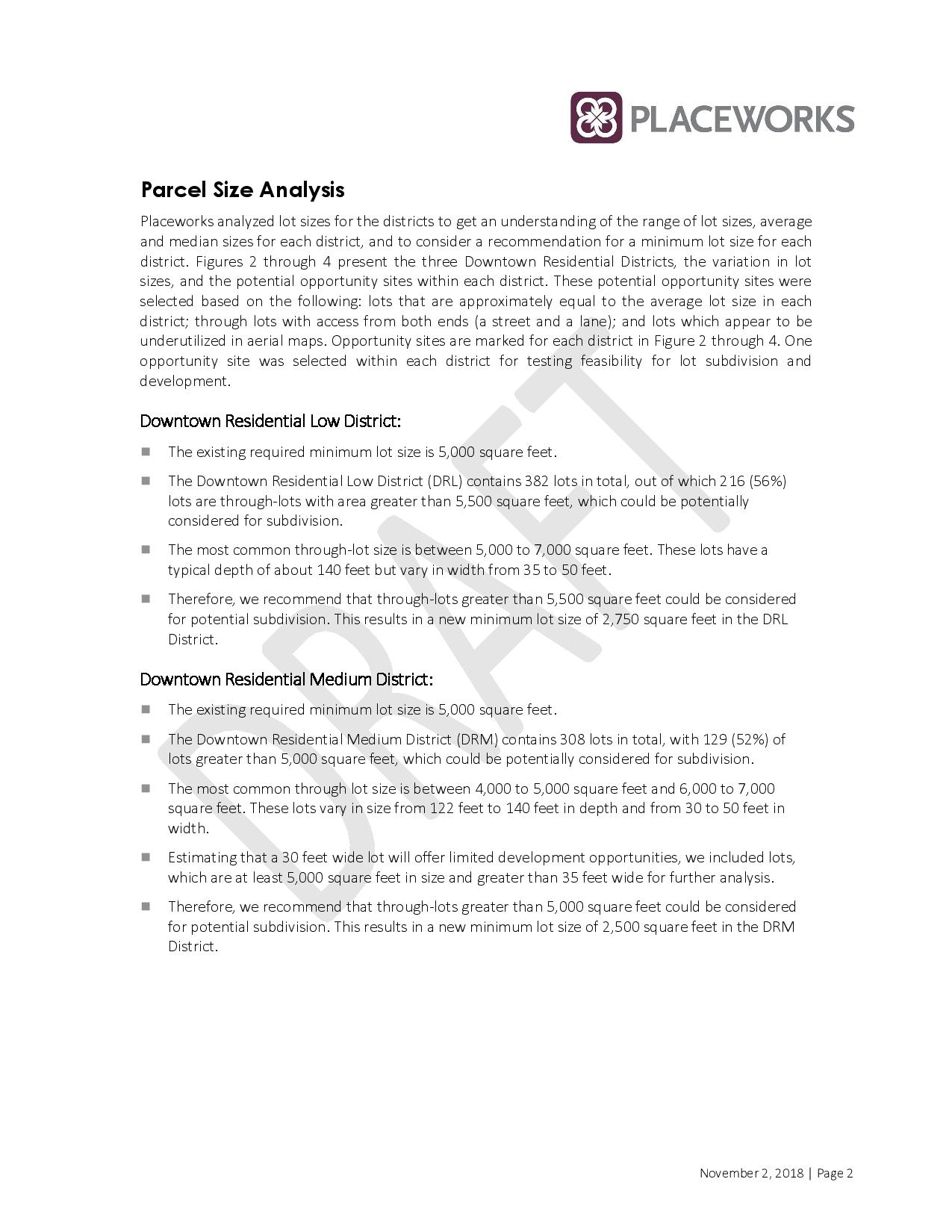 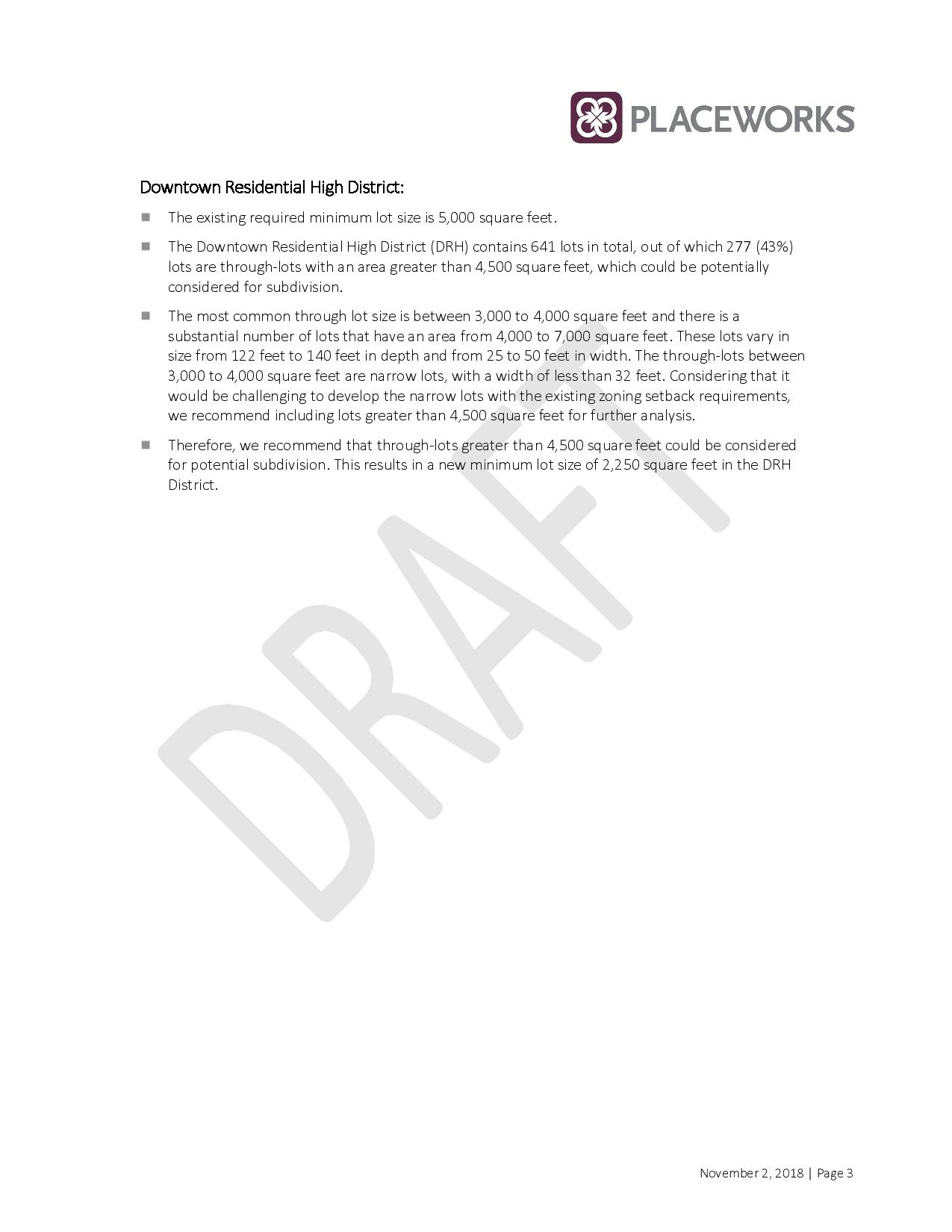 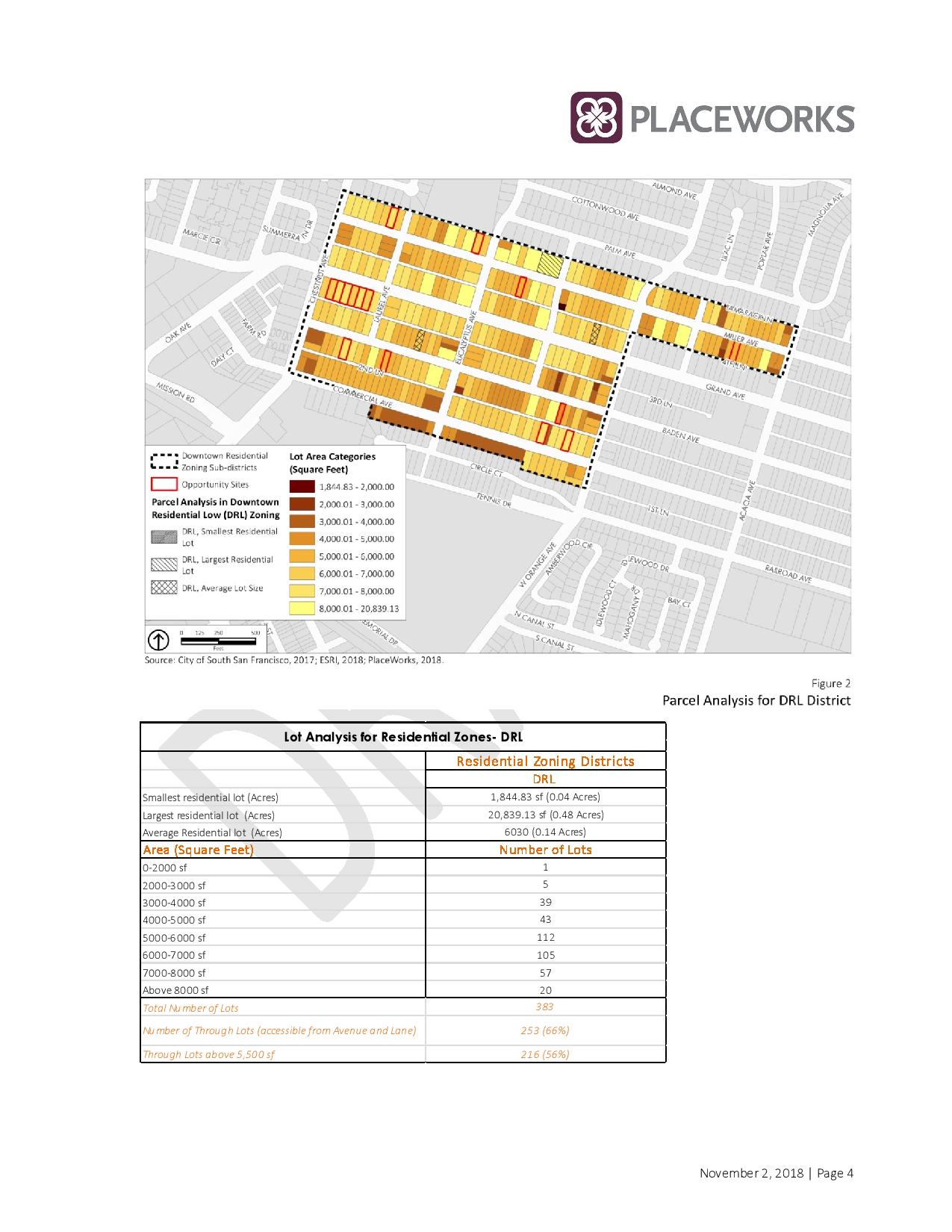 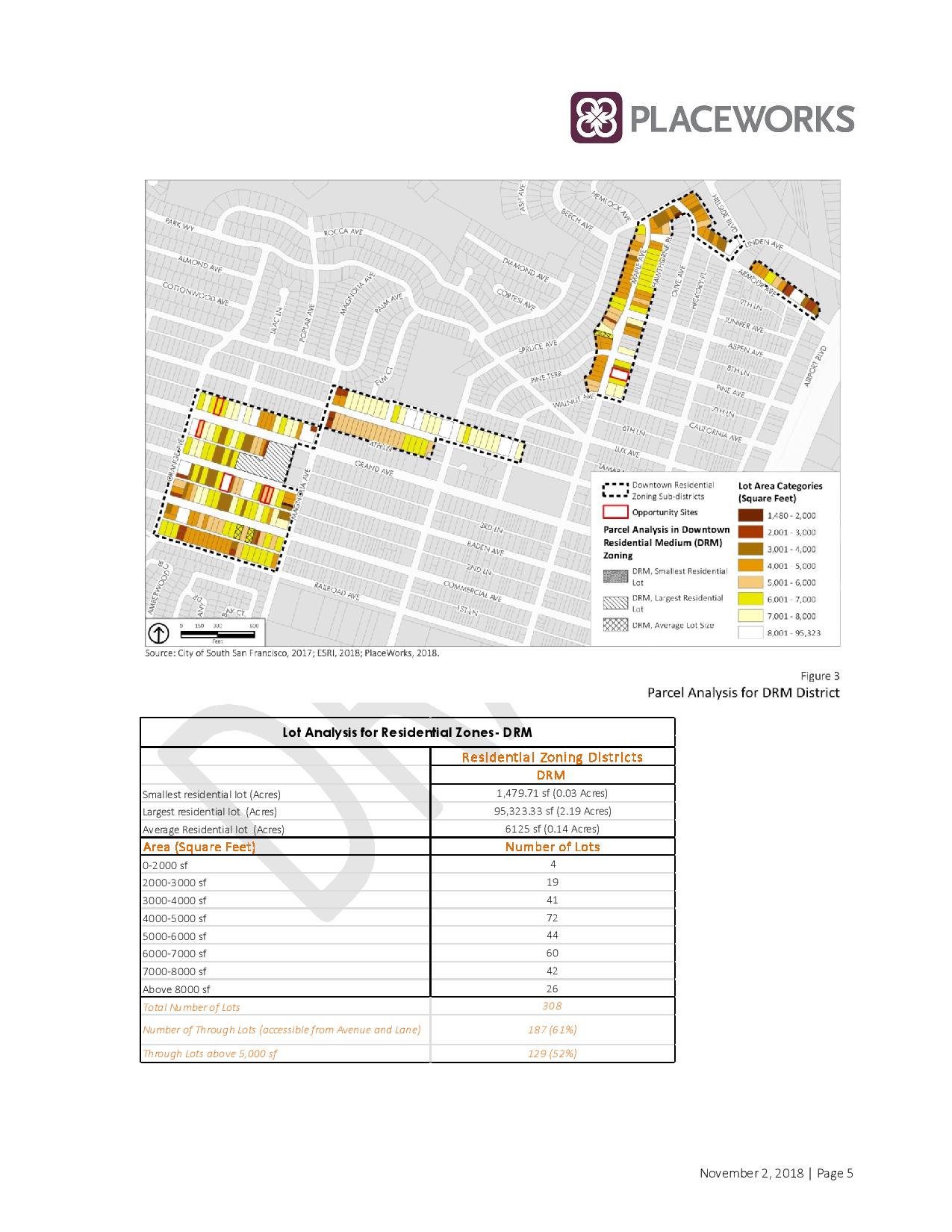 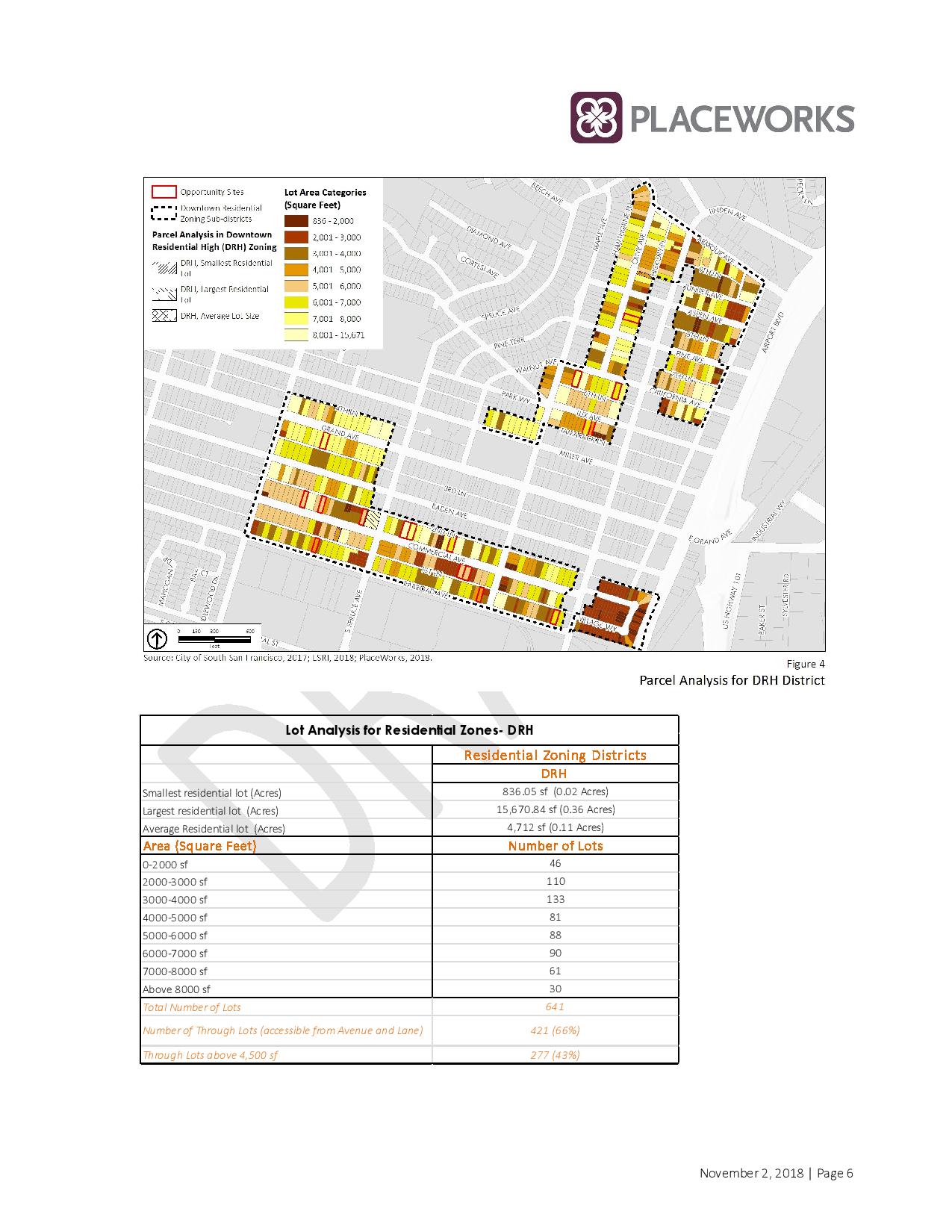 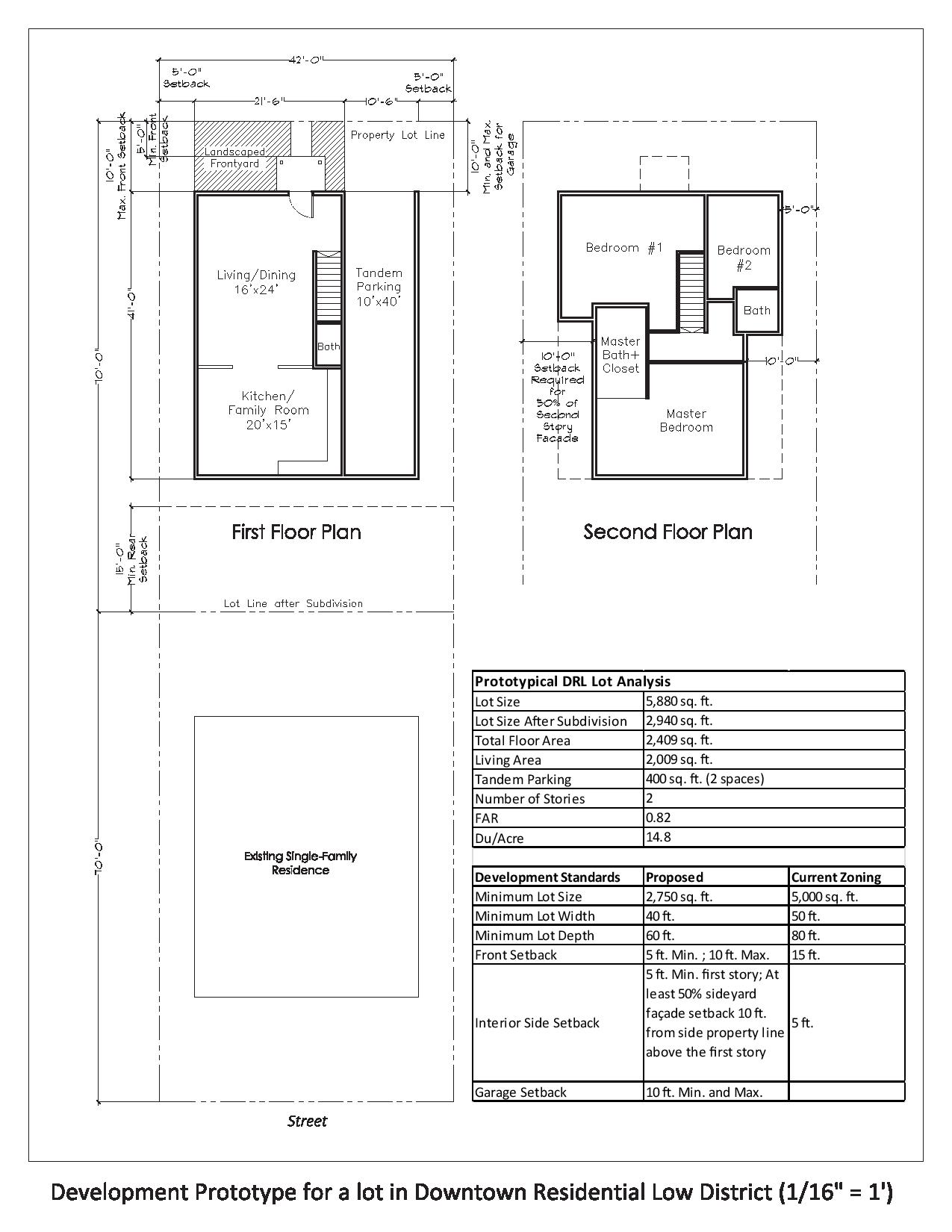 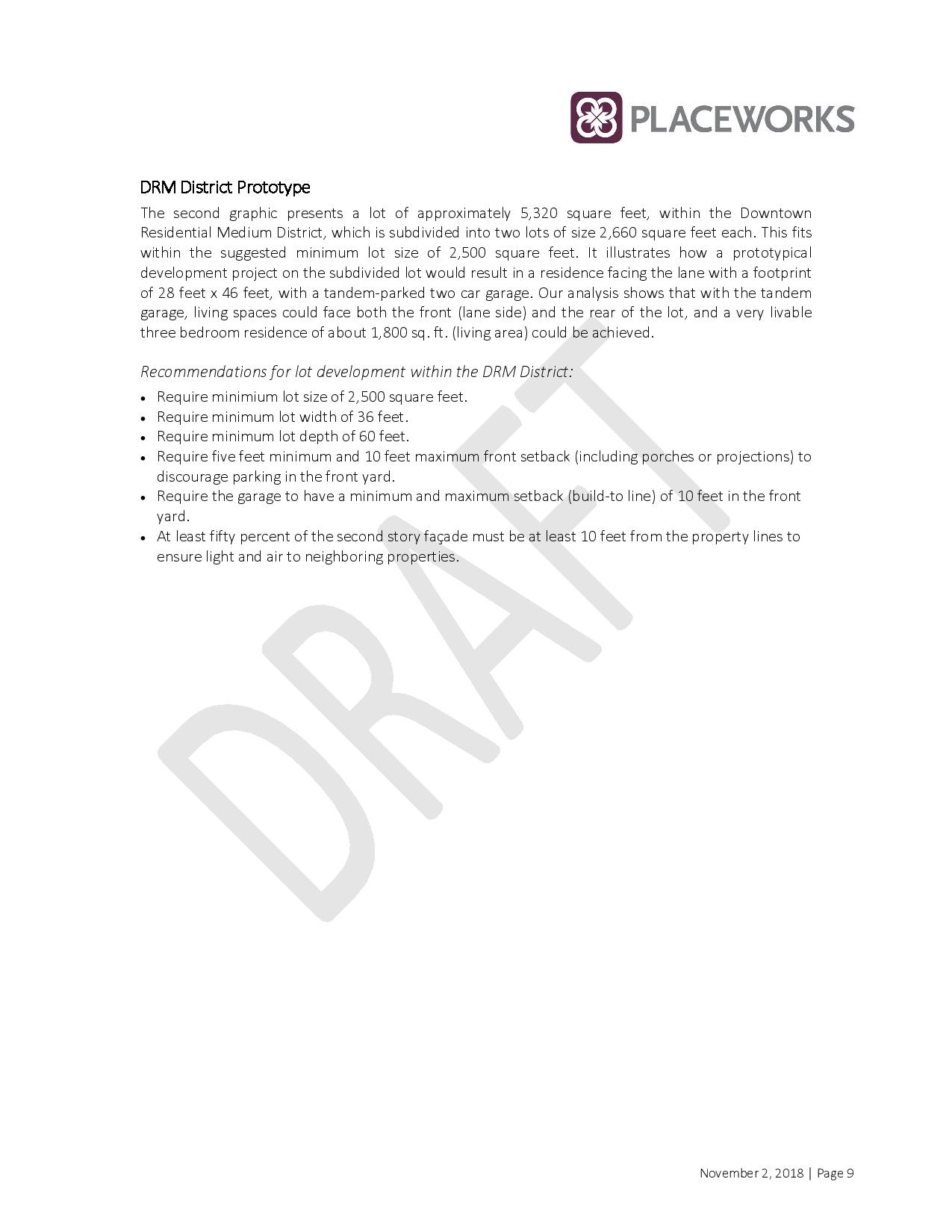 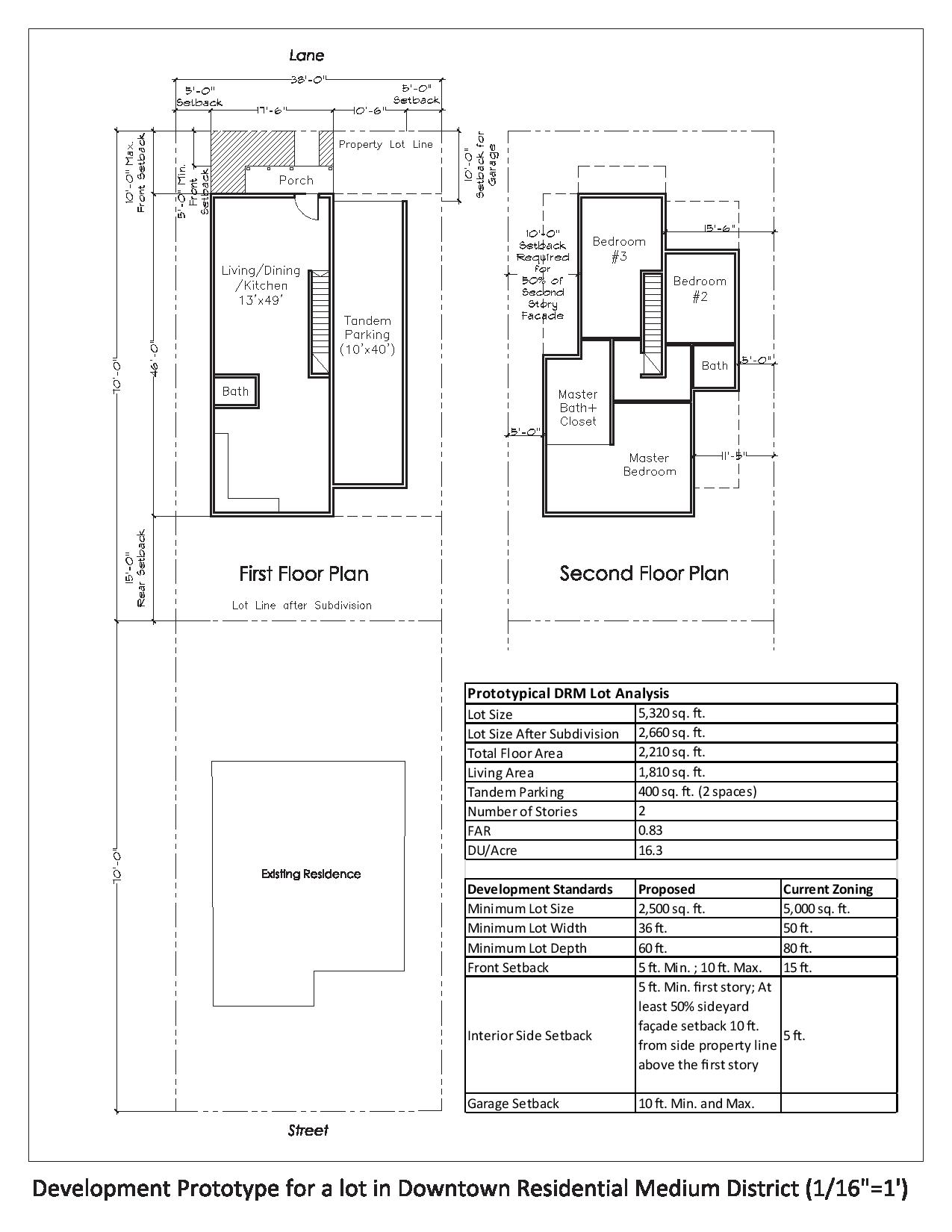 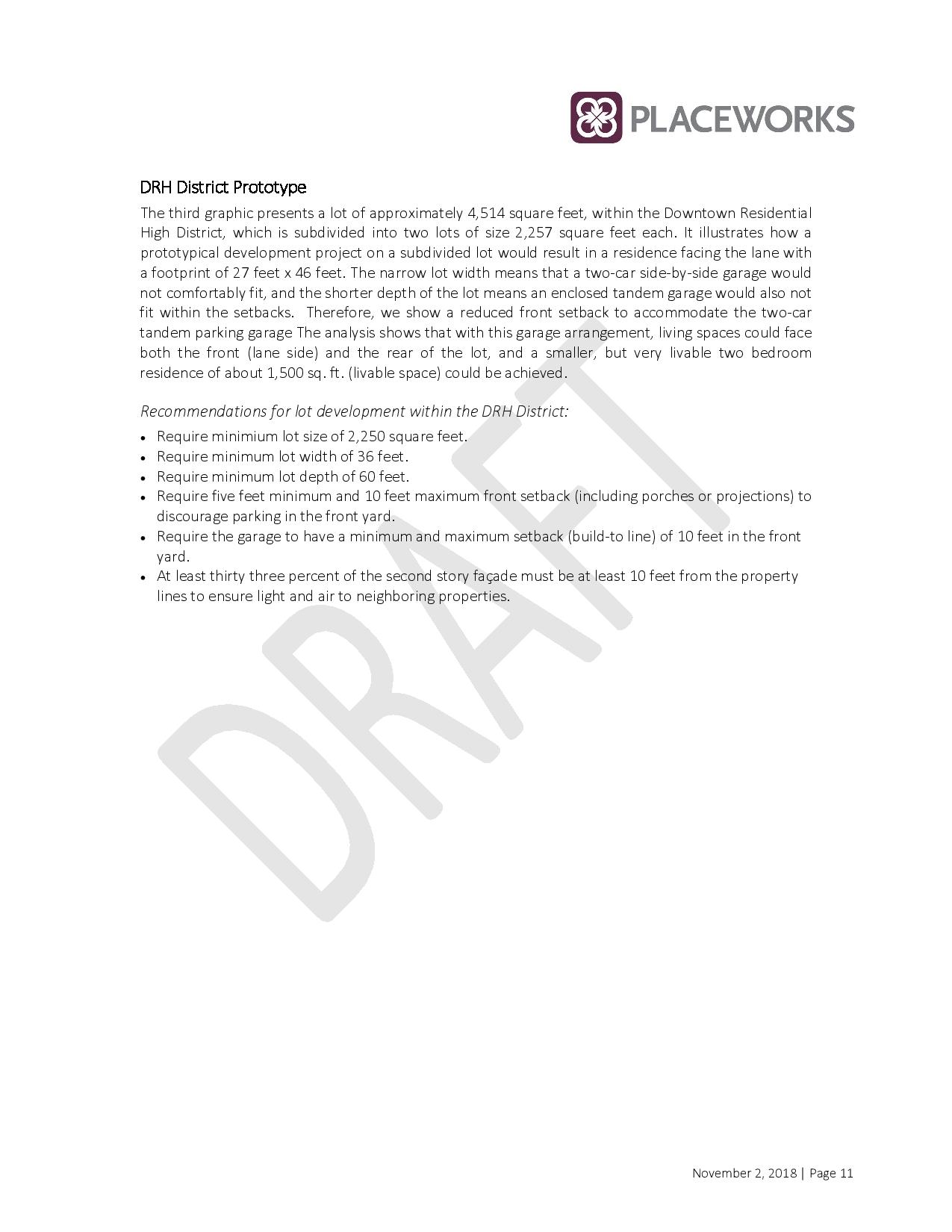 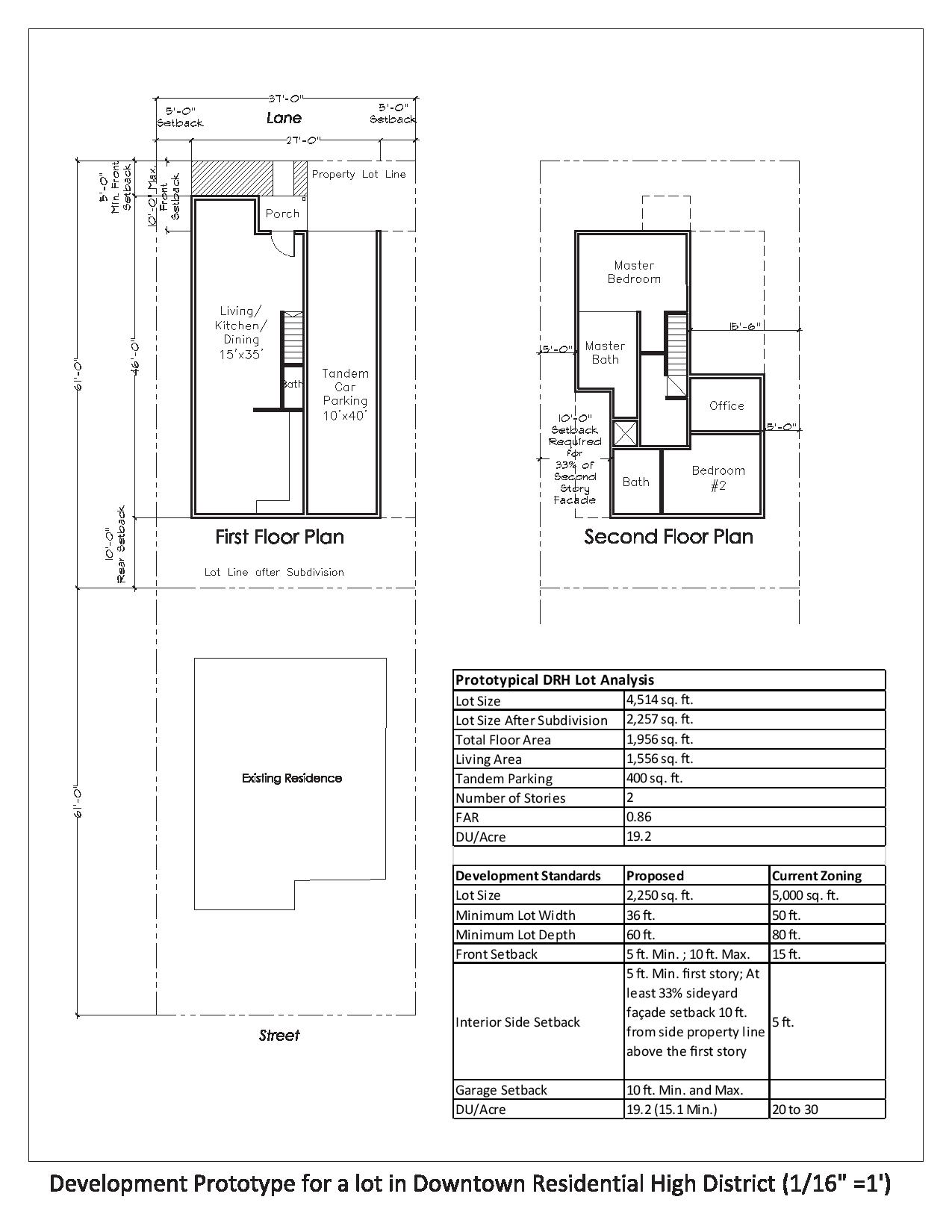 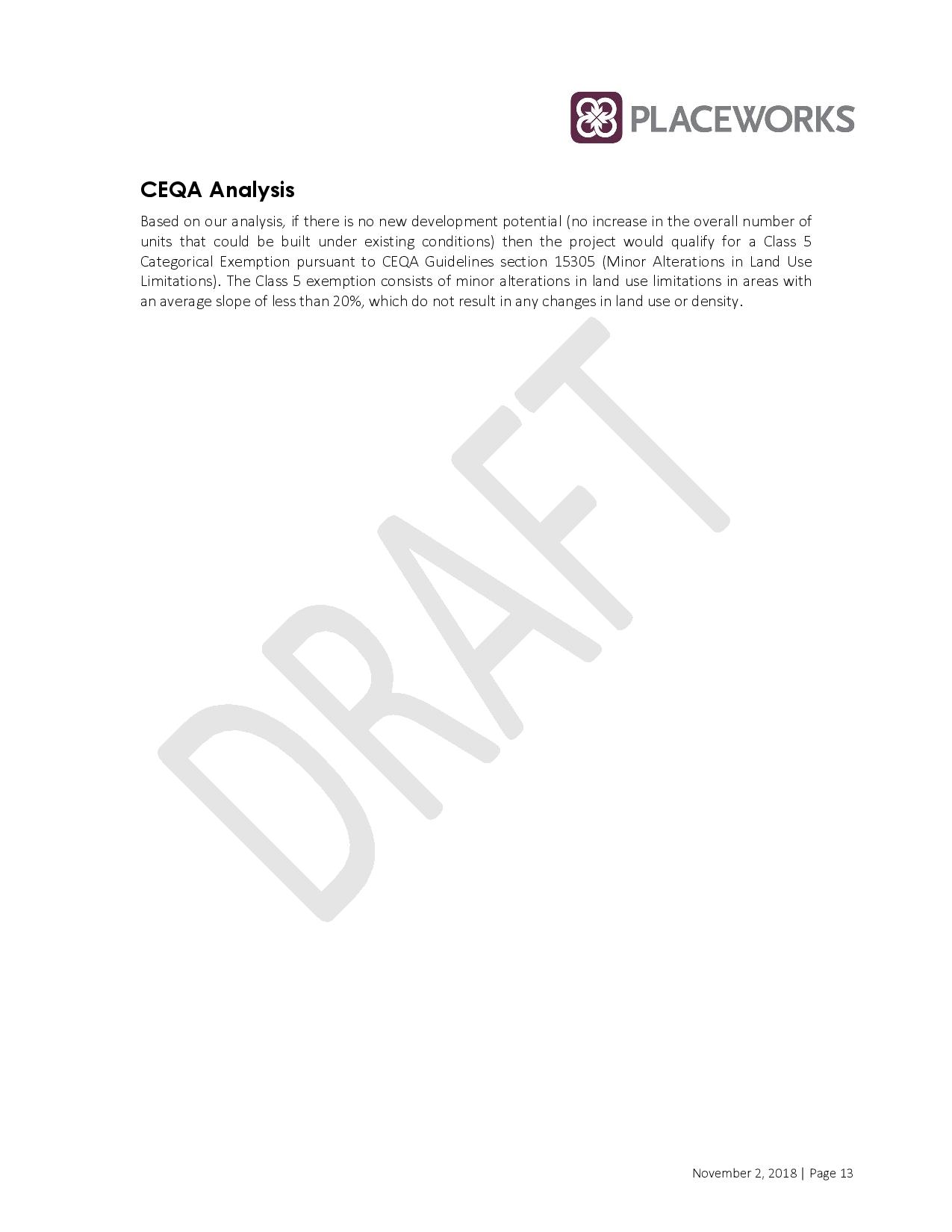 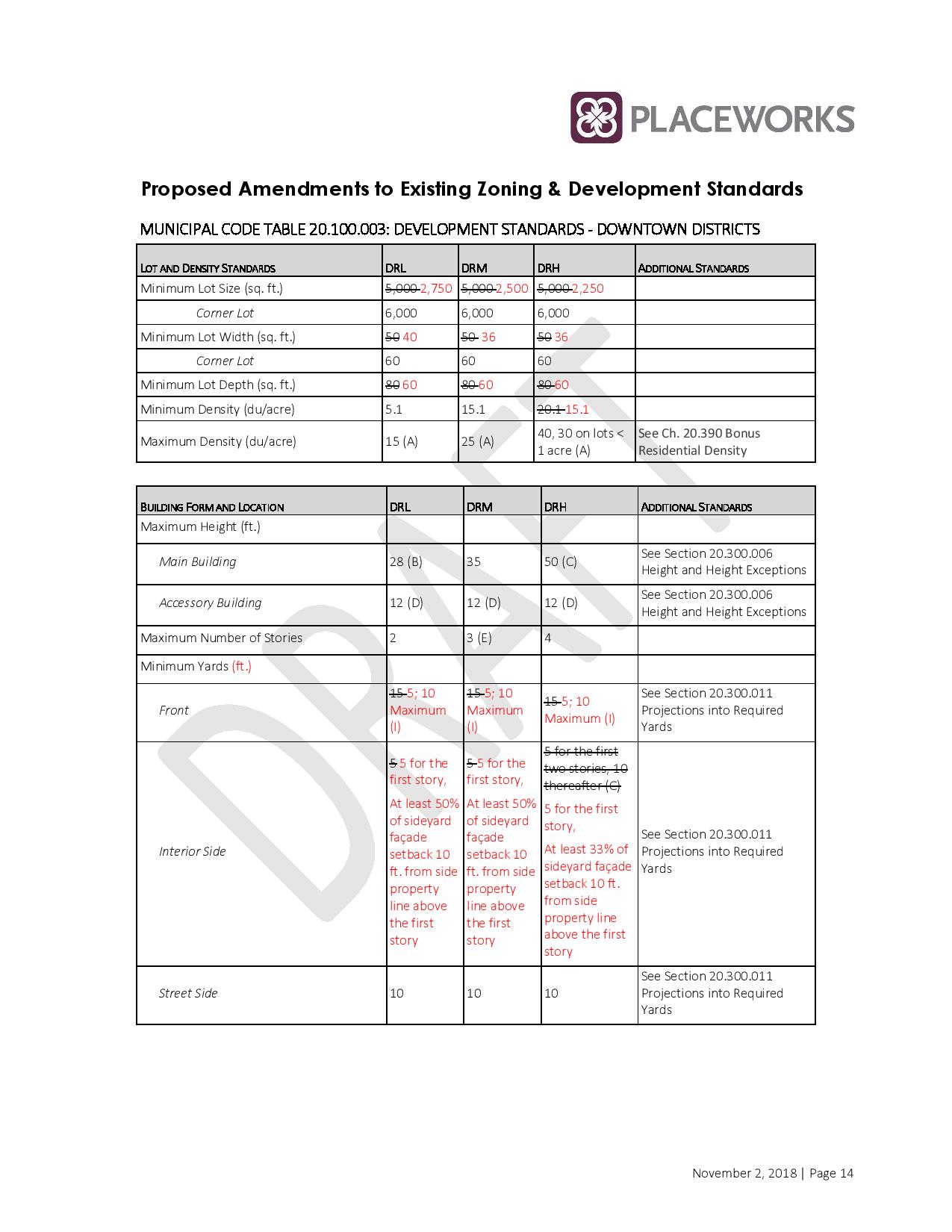 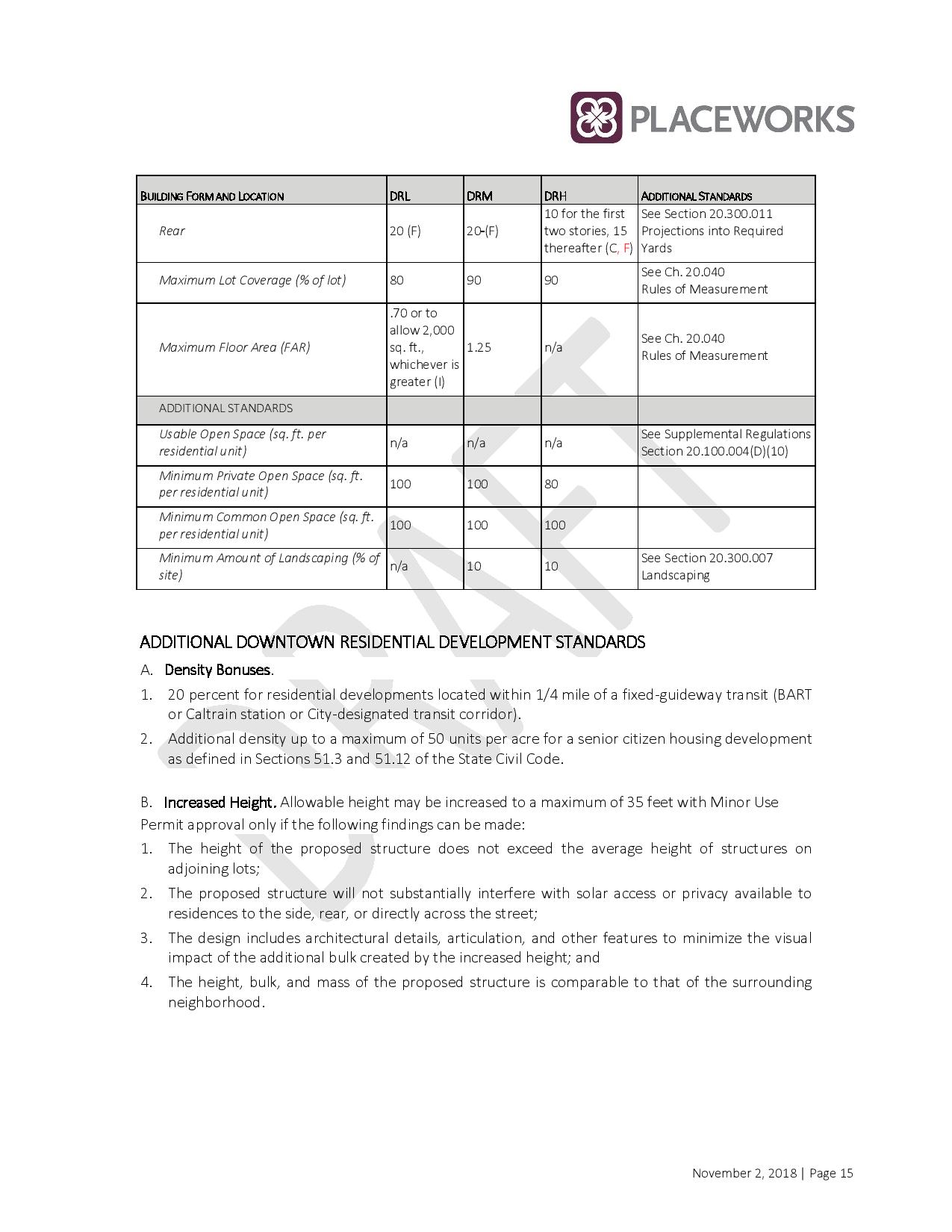 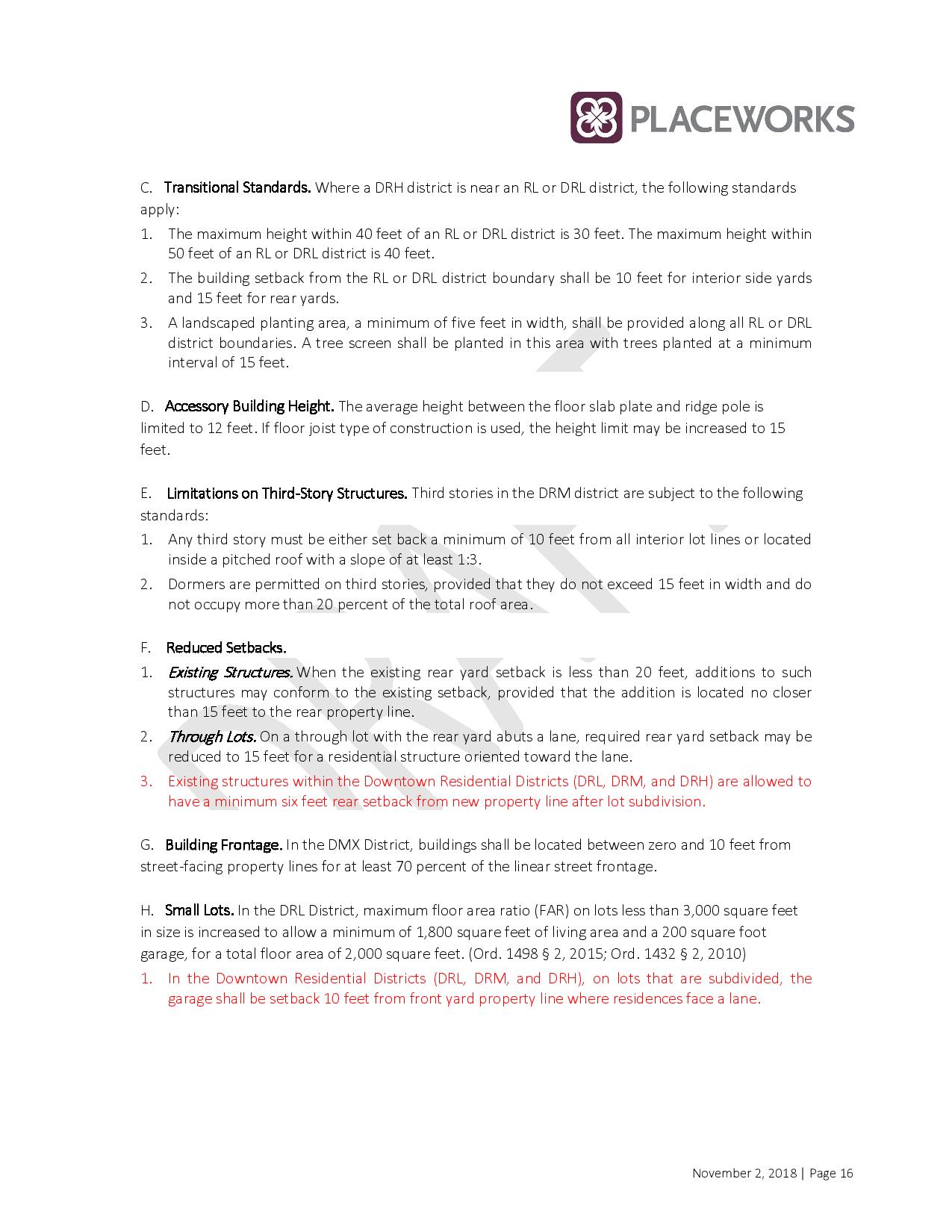 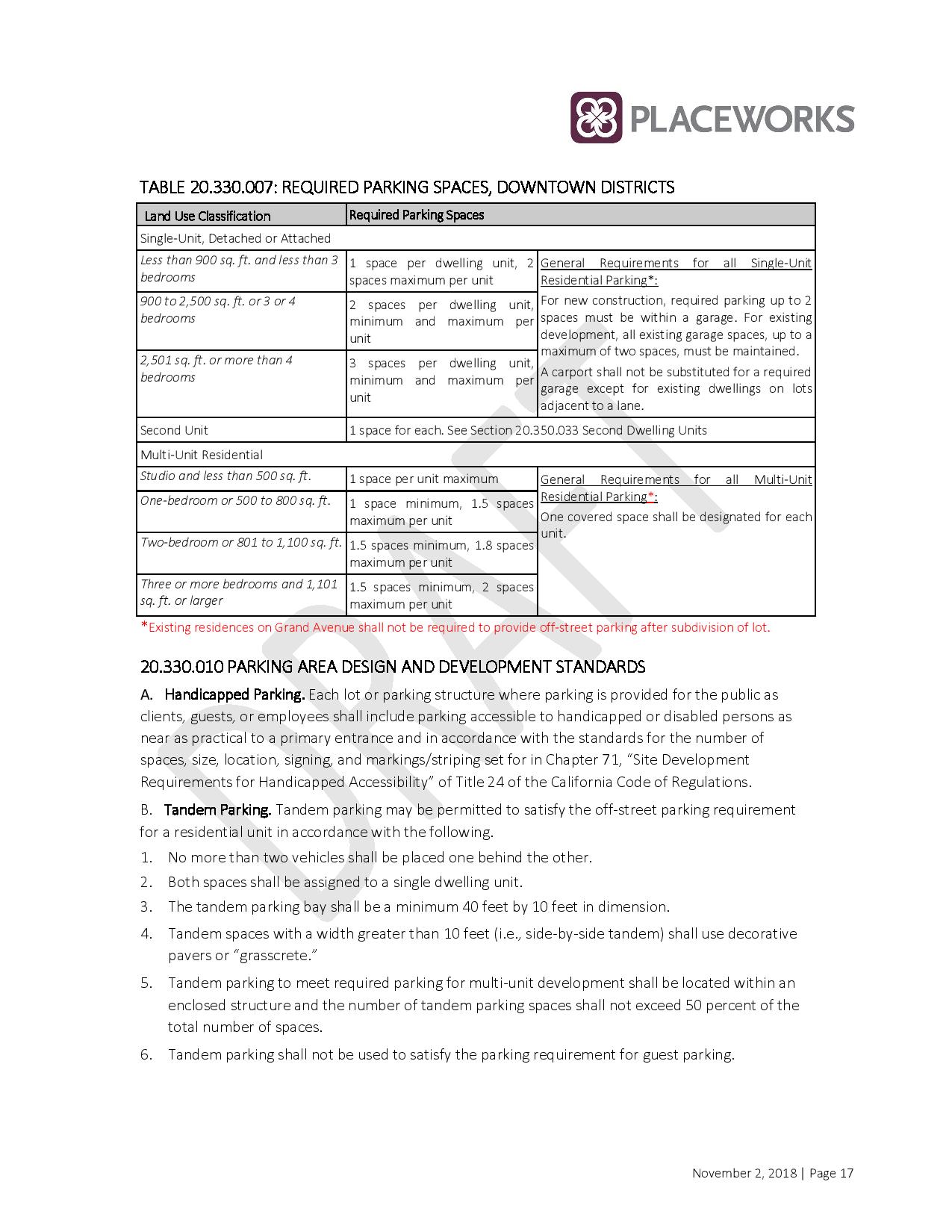 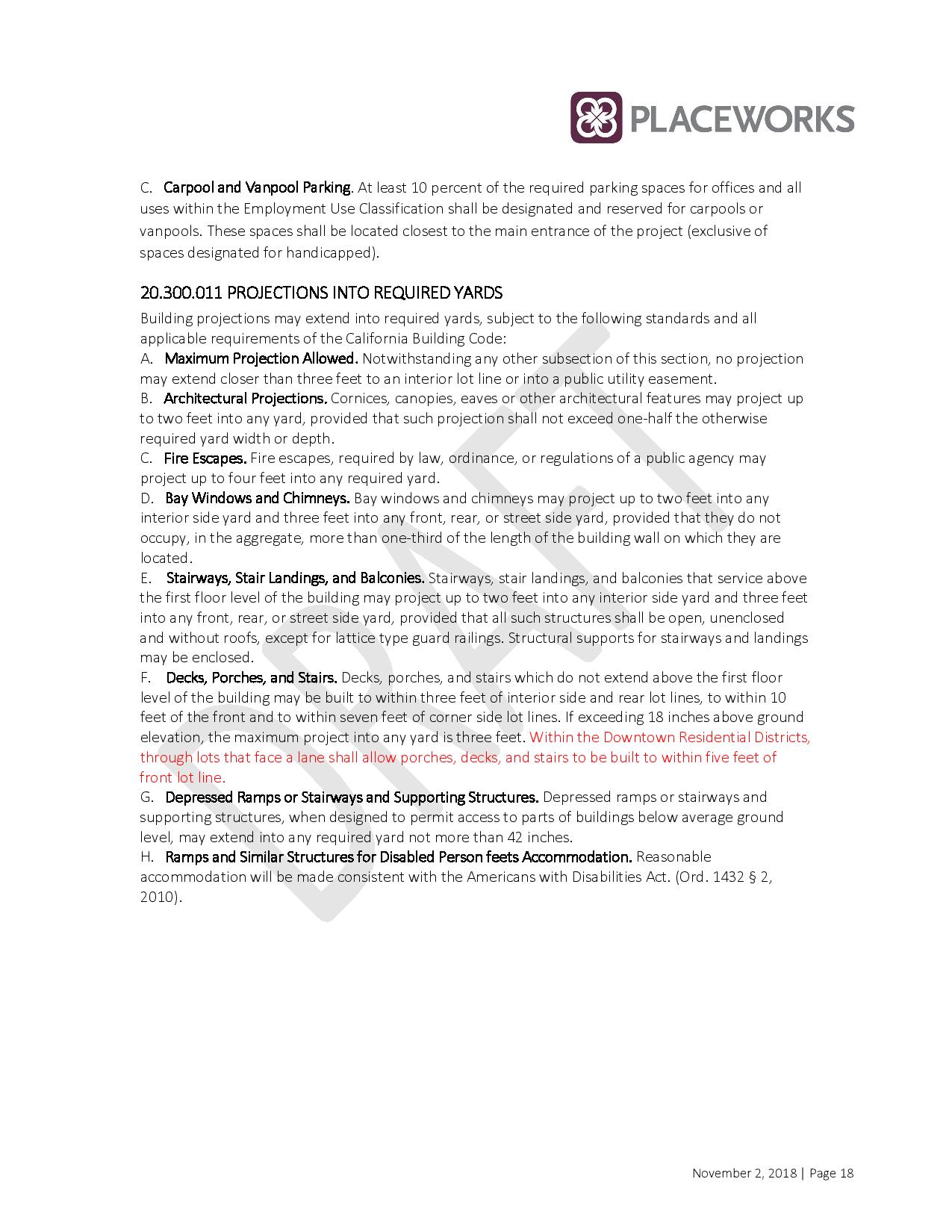 I agree, just the other night we went to Grand Ave and the parking was full on the street AND in the garage! I don’t go out much but seeing that parking sign said “FULL” in the garage was so crushing. I love housing people, I really do… but people love the convenience and that means cars.Too many cars.

Our city is overcrowded as it is and there continues to be no planning for increased traffic and parking. Our city leaders believe that everyone is going to use public transportation which has not been proven and which is not always convenient. Even if the original house has a garage that is used to park cars, and the new construction has a garage used for that purpose and not to house additional family members or tenants, there still will be extra cars on the street. Street parking is bad enough but on trash pick-up day it is even worse. I used to be able to park in front of my house but now find it very hard to do.
Our leaders need to be reminded that we are South San Francisco NOT SAN FRANCISCO. If I wanted to live in San Francisco, I would have stayed there. I am already tired of looking at all of these tall buildings. We need more open space. I don’t even want to hear our city leaders ask for more tax dollars; tired of hearing them cry “poor.”