Family, friends and colleagues gathered for a special badge and swearing in ceremony for the South San Francisco Fire Department today at Fire Station #61.

“I’m proud of the level of diversification when it comes to the experiences and qualifications of our new and existing team members,” said Fire Chief Jess Magallanes. “We welcomed a lot of new faces to our department and I’m excited for all of those promoted – they were well-deserved promotions.” 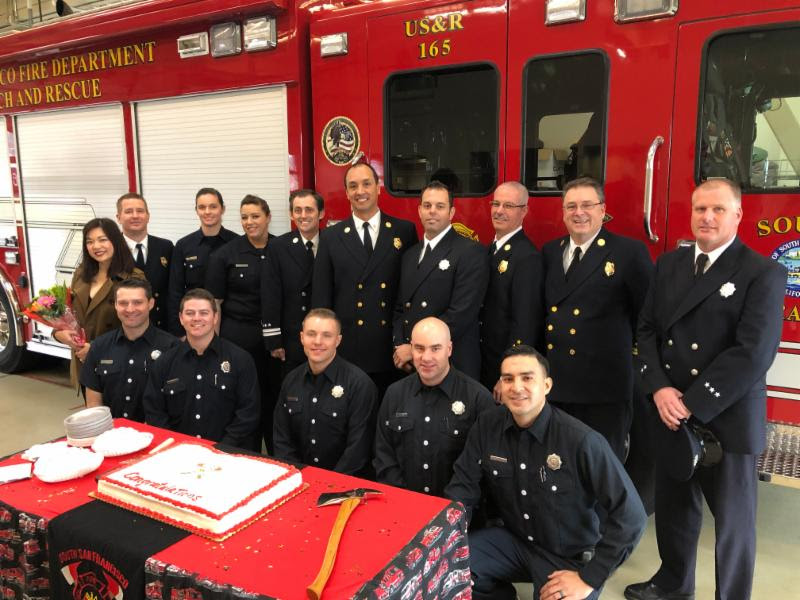