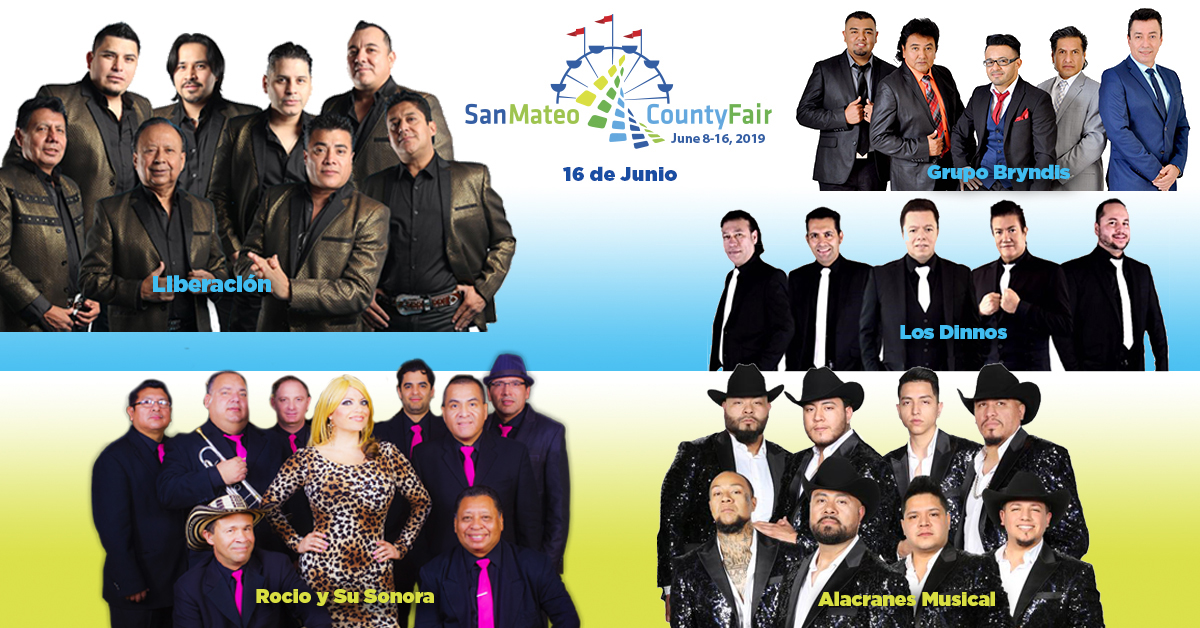 “There’s something for everyone on Father’s Day, the final day of this year’s fair,” said Dana Stoehr, CEO of the San Mateo County Event Center and Fair. “From the great Latin sounds of Dia de la Feria, to the Black History Museum, to the Acrobats of Hebei China, and even the kangaroos in Aussie Kingdom, we celebrate the beautiful and varied cultures of our community and our globe.”

Grupo Bryndis (3:30 to 4:30 p.m. / Fiesta Hall): Grammy award-winning Bryndis is a legend in Mexican popular music in the grupero genre. They combine elements of Mexican cumbia, pop, and ballads. They have sold millions of recordings and continue to play in tours across Mexico, the United States, and Central and South America.

Liberación (5:00 to 6:00 p.m. / Fiesta Hall): Liberación is a group originally from Monterrey, Nuevo León, Mexico, founded in 1976 by Virgilio Canales. Liberación became a top-selling group in 1992, when they received three golden records for “Entre Nubes.” They won a El Heraldo Award in the category of Pop Music Revelation and reached triple-gold status again in 1994 with “Directo Al Corazón.” Mainly playing Cumbia norteña and traditional ballads. Liberación’s breakthrough came in the mid-’90s while touring the U.S.

Alacranes Musical (5:30 to 6:30 p.m. / Cypress Stage):  This Mexican-American band produced by the Urbina brothers plays duranguense music and hail from a Chicago suberb. The band has released several albums since its formation. In 1999 and 2007, they were nominated for a Latin Grammy for their album “Ahora Y Siempre.” Their hits “Si Yo Fuera Tu Amor” and “Por Tu Amor” reached #2 and #4 respectively on Billboard’s Latin Regional Mexican Airplay chart.

The award-winning San Mateo County Fair is the Peninsula’s premier community event for family fun and entertainment. The San Mateo County Fair strives to provide a diverse experience through education, inspiration and entertainment. The annual fair represents a celebration of our community’s talent, interests, innovations and rich agricultural and artistic heritage. The theme of the 2019 Fair is “Celebrating the Best of the Bay” and runs June 8 through June 16.