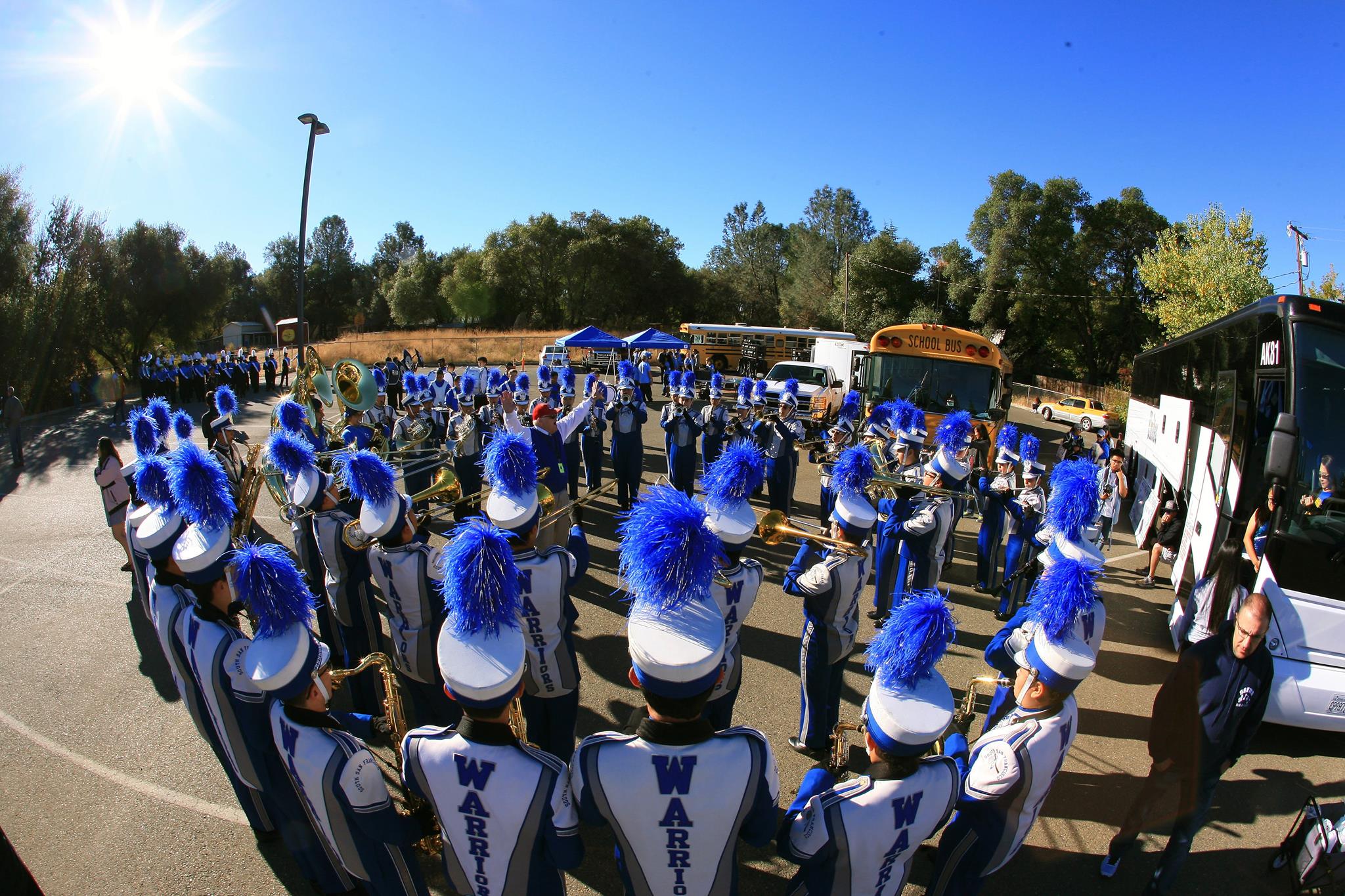 The South San Francisco High School Color Guard has been accepted into the Winter Guard International, a top level competition for color guards internationally. After two California Regionals, they were invited to the Western Power Regionals in Las Vegas at the Thomas Mack Center, University of Neva Las Vegas from March 23-24.  Thanks to the fundraising efforts of the booster club and students, the group was able to make the necessary arrangements to be there.

While in Las Vegas, the SSFHS Color Guard made it to the finals, and although they didn’t win the competition, their appearance in the finals is a great honor, particularly as first year participants, and the group scored higher than any other school in our CA area.

In addition, our JV guard won Northern California Championships, and our champions of Advanced Guard and Varsity Guard took 1st place in the Open Division.

The SSFHS band has also been invited to Carnegie Hall to perform in the National Wind Festival, and have also received an invitation from the Prime Minister of the UK  to attend the London New Year’s Day Parade and Band festival!

We are incredibly proud of these tremendous achievements. Congratulations to our students, parents, and staff who have made this possible!