Going the way of Taco Bell in Las Vegas, the Pacifica Taco Bell is said to be following this latest trend to remodel and open as a Cantina, complete with alcohol, locals in the know tell us. “It sucks that it’s closed now” one hungry visitor said as he walked by with his surf board in hand “This place is great for quick food, but not today”.  When asked what he thought of the intent for alcohol to be served here when they reopen, he stopped and thought about it for a moment before replying, “Personally, I like that idea but it might mean the tables get taken up all day. Maybe impossible to get orders, I dunno, but maybe good, I do like the idea.”

Signage says to expect the remodel to be complete by July 1st with the Cantina offering much of the same menu as regular Taco Bells, but with the added bonus of alcohol. ‘Urbanizing’ Taco Bell is the goal as Food and Wine reports Taco Bell plans to open around 300 to 350 more locations by 2022, and they will be offering beer, wine, sangria and Twisted Freezes, slushy drinks with the option to add vodka, rum or tequila. They’ll also feature “shareable” food items like chicken fingers and nachos, according to Eater.

In November 2018 the San Francisco Chronicle featured an article by Peter Hartlaub, in which he wrote ‘Kathy McGuire, vice-president of the Pacifica Historical Society, says the restaurant was “grandfathered in before Proposition 20,” the 1972 California initiative which established the Coastal Commission. The initiative makes it nearly impossible for a restaurant, much less an international chain with 7,000 locations, to establish roots west of Highway 1.’

Because inquiring minds need to know, we have an inquiry out to Taco Bell, to learn what offerings will be available when the Pacifica location opens in July. Stay tuned! 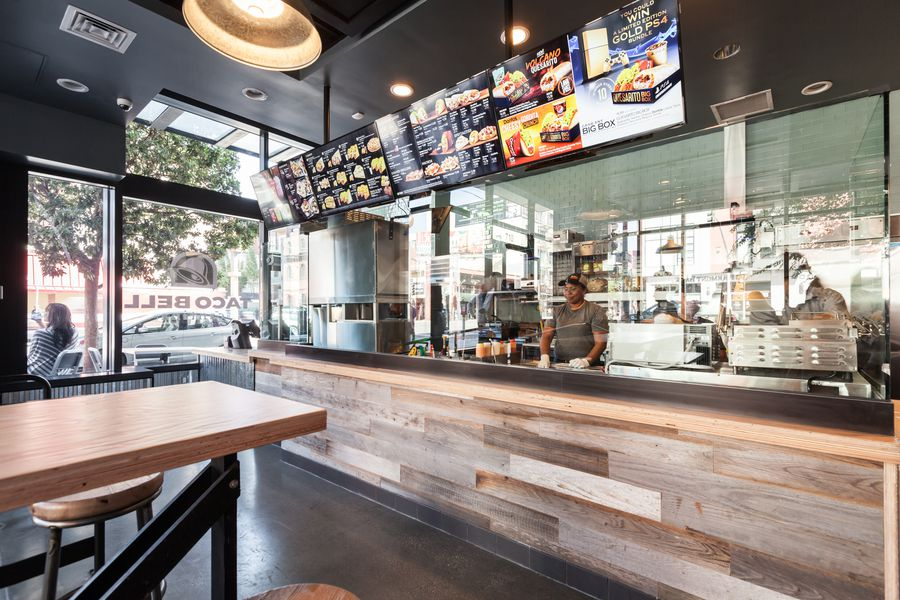 So, what are YOUR thoughts of this new trend? Share now!

Jeff youre a big dumb, taco bell cantinas are great.

Think its disgusting when fast food franchises need to bow down and assimilate within the realms of the main cause of traffic deaths and domestic viloence namely alcohol…leave it in the fucking bars where it belongs. Everyone wants to portray alcohol as safe and creating a happy environment. Well its the most dangerous drug in America …..Fuck off Taco bell and pepsico corp.
Its not a good idea just another tool to become trendy and who gives a shit about values……welcome to the decline of the western civilization…….

Woah calm down guy. There are responsible adults that can have an adult beverage with their meal.